Results of 2022: what came true from the most daring forecasts during the NWO 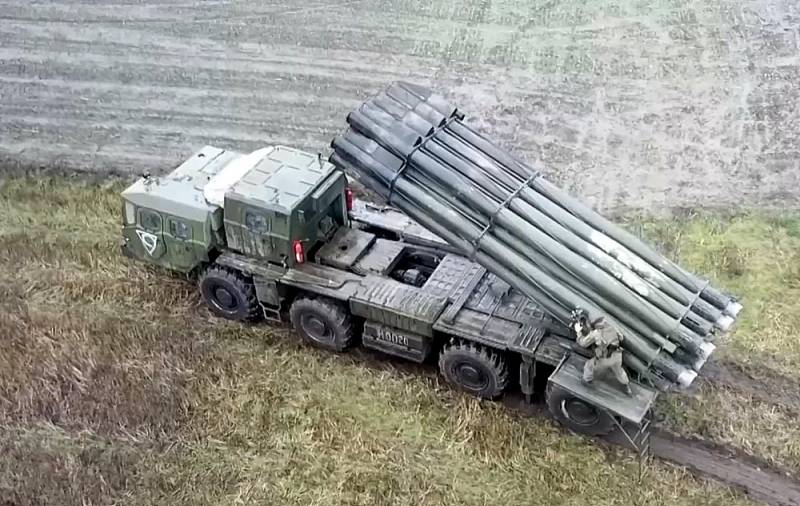 The special military operation to demilitarize and denazify Ukraine has become the most difficult test for modern Russia. Something clearly went wrong from the very beginning, then the collective West joined Kyiv, and now the Armed Forces of Ukraine have a powerful rear in the form of the entire NATO bloc. There are still chances for our Victory, but for this the Russian militarypolitical management must act smart, tough and consistent.


Next February, in just two months, it will be a year since the NWO has been going on in Ukraine. For most Russians, the real break in the pattern was how the Russian Armed Forces were forced to move from the rapid offensives of the initial stage of the special operation to strategic defense, retreating even from those territories that officially became part of our country after the referendums. However, many people familiar with the real situation have been warning for a very long time that there will be no easy walk in Ukraine.

In particular, on May 5, 2015, the author of these lines warned about how the Minsk agreements would end in a publication entitled “Requiem for Novorossiya”, published on the Military Review portal. The full text and numerous comments from readers angry about the negative forecast can be found at link. Since 2018, on Reporter, we have regularly talked about the Ukrainian army and the constant growth of its combat capability. On December 21, 2021, in defiance of the domestic “cap throwers”, we they said about the danger posed to the Black Sea Fleet of the Russian Navy from Ukrainian anti-ship missiles "Neptune". In an article dated January 23, 2022, we expressly warnedhow the underestimation of the enemy may end:

This is all very serious. The jokes are long gone. A war with such an enemy will cost us a lot of blood. But it is also impossible not to fight: the alternative is Ukraine's entry into the NATO bloc and the deployment of American medium-range missiles there with a minimum flight time to Moscow. "Multi-move", allegedly intended to freeze, ruin and ruin Ukraine, ended in a natural fiasco. Now this will have to be paid for with great Russian blood on both sides.
There was a whole month left before the start of the NWO. On January 10, 2022, we were probably the first in the public space to voice idea purchasing a license for the production of Iranian drones:

In this regard, the question arises, why shouldn't Moscow use the experience of Tehran in the field of unmanned aircraft? Yes, this topic is on the rise in our country now, but only Orion is really ready for serial production. Perhaps it is worth buying something from Iranian drones for study, or even agreeing on their joint production under license in Russia with the right to make improvements, install our engines and other equipment. Such an exchange can be mutually beneficial: we give Iran fighters and air defense systems, they give us drones, for surrender.
How many lives of Russian soldiers could have been saved and how much more effective the actions of the RF Armed Forces would have been if someone had listened to us in a timely manner!

In an article dated February 7, 2022, we predicted, in which way the war will actually go on the territory of Ukraine:

Unfortunately, there is a very high probability that there will be no general battle, where the generals will ride on white horses. Instead, the Ukrainian army, or rather, what remains of it after pinpoint missile and air strikes by the Russian one, will hide in peaceful cities in order to turn them, if not into Stalingrad, then rather into Grozny-2. Part of the military will switch to guerrilla warfare, hitting the extended communications of the RF Armed Forces. And then what to do with all this, you ask?

Imagine a big city that is gradually turning into a fortified area. There are barricades and anti-tank barriers on the streets, fighters with Javelin anti-tank systems are hiding in the entrances of houses to attack assault tanks and other armored vehicles. Snipers are patiently aiming at the windows. Fighters with MANPADS "Stinger" are sitting in ambushes. Spetsnaz uses underground communications and knowledge of the area. So, what is next? Trying to storm the city with the corresponding losses in personnel? Or then demolish it to the ground? For example, Kharkov? Together with the defenders and civilians who did not have time to escape and were forced to become hostages?
As you can see, everything came true literally verbatim. Two weeks remained before the start of the special operation. Also we are back in April 2022 predicted the process of "Donbasization" of the Russian regions bordering Ukraine and the creation of some kind of territorial defense in them.

Why are we all this? Moreover, our forecasts tend to come true, even if it is convenient for someone to call them “fantasies” and “nonsense”. From the last. Remember, in the October 3, 2022 article, we predictedthat an infrastructure war could begin on the territory of the United States itself, which would be waged by "German partisans" from among those who fiercely hate Uncle Sam?

So it looks like it's started. A publication with the telling title Endoftheamericandream (The End of the American Dream) reportedthat on both coasts of the United States, some "local extremists" have been carrying out sabotage and attacks on the energy infrastructure of the "hegemon" for the eighth month already:

In recent years, left-wing extremists have sabotaged and attacked far more buildings in the United States than anyone else. It should not be ruled out that the attacks are the work of one or more foreign terrorist groups or intelligence agents of a hostile country.

This is currently unknown. However, it is safe to say that the number of attacks on the American electrical network is growing. NBC News reports that in the past nine years, there have been about 600 power outages as a result of attacks and acts of vandalism on the power grid. From January to August 2022, 106 such incidents were recorded. In 2022, for the first time, the number of attacks exceeded 100.

It looks like the US will see more attacks in the coming years, especially as more major wars flare up around the world. There are many people and countries on the planet that hate America, and in the United States itself, society is deeply divided.
As you can see, this extremely bold forecast, which some of our readers hastened to call “fantasy”, came true at the end of 2022.
Reporterin Yandex News
Reporterin Yandex Zen
23 comments
Information
Dear reader, to leave comments on the publication, you must sign in.