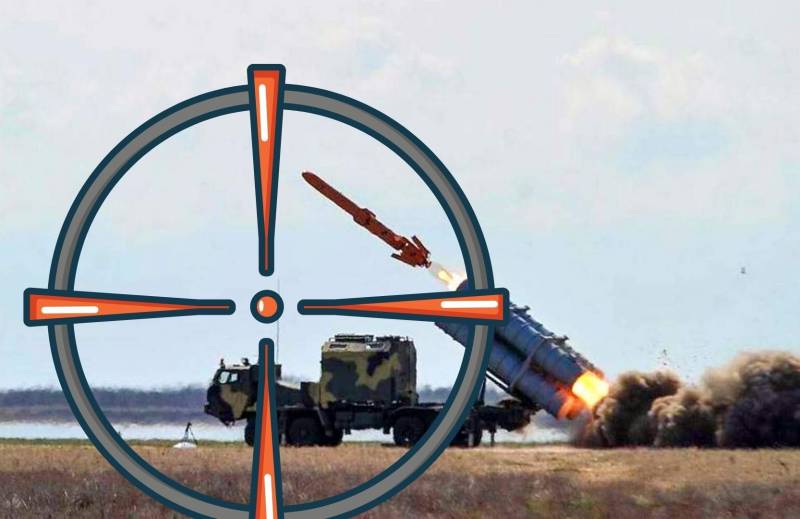 As we have already noted many times, the processes of rearmament of the army and navy taking place in Ukraine are categorically underestimated in Russia. For each movement from the "other side" to the side of amplification, we have our own "hypersonic capping thrower." And completely in vain. Subsequently, as if I did not have to bitterly regret it.


Some time ago on the "Reporter" came out publicationdedicated to the threat posed by the Russian Navy to the Black Sea Fleet. It would seem, what can the Ukrainian "mosquito" fleet oppose to our mighty warships? It turns out that he can still do something.

So, with some annoyance, we came to the conclusion that with the help of high-speed American patrol boats and specially trained combat swimmers-saboteurs, the Naval Forces of Ukraine are able to mine the waters of the Azov and Black Seas, significantly hampering the exit of the Russian navy from ports, as well as its freedom of action. The mine threat is not a joke, you will have to trawl and waste precious time.

The idea, quite frivolously expressed by some readers, to sink Ukrainian ships at the first suspicion of a mine-laying does not stand up to criticism. It's one thing when a war is already going on, then these boats can really be destroyed by missile strikes right near the berths. It is quite another matter if the state of war with Independence has not been officially declared, and there seems to be nothing to sink Ukrainian boats for. But suppose Russia is simultaneously having some kind of conflict with the NATO bloc, which, for example, ignored the Kremlin's ultimatum not to expand to the East. Then the Naval Forces of Ukraine, having mined the waters of the Azov and Black Seas, will act on the side of the North Atlantic Alliance in fact as a "kamikaze". Of course, they will not feel sorry for them in Washington and Brussels, since it is a consumable for them.

Let's see what other threat the Ukrainian army and navy can present to the Russian Black Sea Fleet.

And this threat is quite real, and it comes from the anti-ship missiles "Neptune", to which we for some reason are extremely frivolous. The anti-ship missile "Neptune" was created on the basis of the Soviet Kh-35 missile. It is designed to destroy ships with a displacement of up to 5000 tons, as well as to destroy ground targets, such as the Crimean bridge. The Ukrainian missile can have three basing options: land, sea and air. Dangerous for the ships of the Black Sea Fleet, based in Sevastopol and even in Novorossiysk, it is made by the flight range of 280 kilometers.

At first, announced the creation of three divisions of coastal missile forces at once until 2026. The first division will be formed by the spring of next 2022. The armament of the coastal defense forces will be RK-360MTS complexes equipped with Neptune anti-ship missiles. This is reportedly done in order to prevent the threat of an amphibious assault by the Black Sea Fleet. But what will prevent the deployment of a missile division somewhere in Berdyansk or Ochakov to protect the naval bases under construction?

Nothing gets in the way. This is the sovereign right of Ukraine. From the coast of the Black and Azov Seas, the Armed Forces of Ukraine will shoot not only Sevastopol, where our Black Sea Fleet is based, but also distant Novorossiysk. Also, one successful hit of "Neptune" is enough to disable the Crimean bridge and cut off the reliable transport supply of the peninsula.

Secondlylaughing at the "mosquito" fleet of Nezalezhnaya, we somehow forget that the Ukrainian Navy will seriously strengthen its defensive and offensive potential in the near future. Let's remember that Kiev ordered several corvettes of the "Ada" project from Ankara. So, it will be very useful to know that the first corvette is already 75-80% ready. Please note that the ship was laid down on September 7, 2021! The commander of the Ukrainian fleet, Admiral Oleksiy Neizhpapa, commented on this event as follows:

This is a significant moment for Ukraine and a significant impetus for the country's naval development. All agreements with Turkey are being implemented on time, and in some cases ahead of schedule.
Compare this with the construction time frame of our long-suffering corvettes of projects 20380/20385. One of them, "Provorny", intended for the Pacific Fleet of the Russian Federation, was under construction for more than eight years and burned down a few days ago. In size, "Ada" is not much inferior to Russian corvettes: a displacement of 1524 tons is standard and 2032 tons is full. The Turkish ship will be transferred to the Ukrainian plant "Ocean", where it will be completed and equipped. Its armament, according to the Ministry of Defense Nezalezhnaya, will be the American RGM-28 Harpoon anti-ship missiles, 324-mm torpedo tubes with MU90 Impact anti-submarine torpedoes, the 76-mm OTO Melara Super Rapid artillery mount and the VL MIСA anti-aircraft missile system from MBDA. This is a fairly serious warship, which the Ukrainian Navy will receive at least 4 units.

And what happens in the end? Until the end of the decade, Kiev will have a "mosquito" fleet that will be able to carry out mine laying, blocking the freedom of operations of the Black Sea Fleet of the Russian Federation, deliver missile strikes with American RGM-28 Harpoon anti-ship missiles, as well as coastal missile systems that will be able to shoot through Russian naval bases from Sevastopol to Novorossiysk. So the question is, is it worth it to treat all this so lightly as our "chap-throwers" do?
Reporterin Yandex News
Reporterin Yandex Zen
33 comments
Information
Dear reader, to leave comments on the publication, you must sign in.