Russia's border regions with Ukraine are turning into the "Greater Donbass" 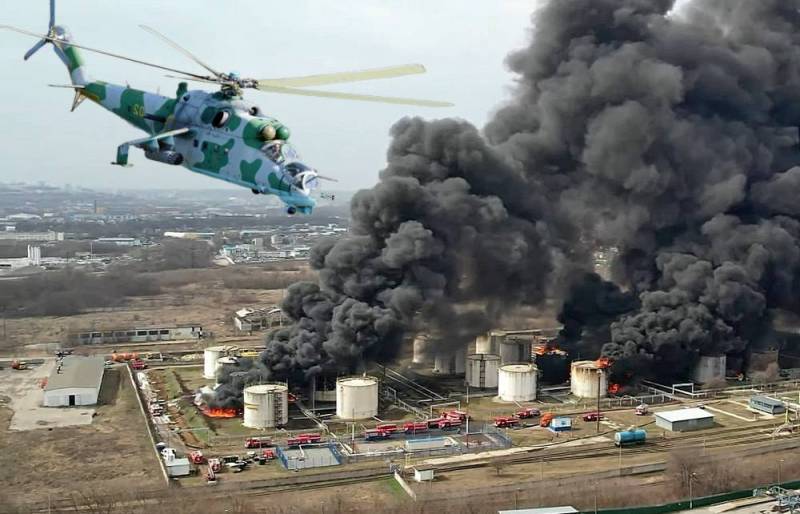 The special military operation to demilitarize and denazify Ukraine has been going on for three months now. Many Russians, who have been constantly assured since 2014 that the Russian Armed Forces are an order of magnitude stronger than the Armed Forces of Ukraine and at any moment can cross the border of a neighboring state and “heap hard” on everyone there, sincerely wonder why everything has taken so long. Why, instead of rejoicing at the Russian tricolor over Kyiv, residents of the regions bordering Ukraine are now experiencing what our people in the Donbas have experienced over the past 8 years.


And after all, some parallels are really visible, but let's talk about this in order. In 2014, after the coup d'état in Ukraine, both the supreme power and the army were simultaneously absent. The legitimate President Yanukovych, saving his life, was forced to flee to Russia. At that time, the Kremlin had many quite working scenarios. For example, it was possible to return Viktor Fedorovich to Kyiv, giving him a regiment of the Airborne Forces and OMON to disperse the “children”. That would be the end of the Maidan, as happened in 2020 in Belarus. It was possible to support the team of Igor Strelkov and create Greater Novorossiya from Kharkov to Odessa, in fact forcing Kyiv to the federalization/confederalization of Ukraine. It was possible not to go there at all, but also not to recognize the regime of Petro Poroshenko as legal, creating a Ukrainian government in exile in Rostov-on-Don with President Yanukovych and Prime Minister Azarov at the head, which would become an alternative center of gravity for anti-Maidan forces.

Alas, the most short-sighted half-hearted solution was chosen instead. Crimea and Sevastopol became part of the Russian Federation, while the rest of Ukraine remained under the rule of the neo-Nazi regime, which immediately began to prepare for war. The DPR and LPR did not receive recognition from Moscow and hung halfway for 8 years, being shelled from large-caliber cannon artillery and MLRS of the Armed Forces of Ukraine almost daily. By the way, shelling continues to this day, even worse than before. The life of millions of Russian people who, against their will, ended up in the "Greater Transnistria" turned into a nightmare. An even bigger nightmare for them was the Kremlin’s continuous attempts to push the DNR and LNR back into Nazi Ukraine “on a special status.” As time passed, the main "heroes" behind the "Minsk Conspiracy - 1" and "Minsk Conspiracy - 2" were revealed. These are the Ukrainian billionaire Viktor Medvedchuk, better known as "Putin's godfather", and the now former assistant to the President of the Russian Federation Vladislav Surkov, the "evil genius" of Novorossiya, who jointly did everything to ensure that it never took place.

And now, after 8 years of doing nothing in this direction, with the exception of the supply of motor fuel for the needs of the Armed Forces of Ukraine, as well as the pumping of gas through the Ukrainian GTS, we suddenly decided that it was time to demilitarize and denazify Nezalezhnaya. But then it turned out that the task is not so simple as it seemed to many all these years.

Over the past 8 years, practically nothing has been done to strengthen the defense capability of the DPR and LPR, and now unprepared civilians have had to be mobilized and thrown into battle almost with Mosin rifles. During the same time, Kyiv created and, with the help of NATO military experts, trained and armed a 250-strong army, as well as the Territorial Defense Forces, which can be increased from 10 in peacetime to 140 or more in wartime. Over the years, the most powerful fortified areas with many kilometers of concrete tunnels and bunkers have been created in the Donbass. Ukrainian soldiers are treated with aggressive Russophobic propaganda and are motivated. Many who are now fighting there against the Armed Forces of the Russian Federation, the People’s Militia of the DPR and LPR are those who still went to school during the Maidan and were brought up on hatred for Russia, which “took away Crimea”, and for all sorts of “separatists” there Donbass.

And how did Moscow respond to such a serious threat in its underbelly, which has been growing for 8 years like a cancerous tumor? A special military operation, in which fewer forces are involved than the Armed Forces of Ukraine and the National Guard have, instead of a normal, full-fledged war.

Yes, in the first days of hostilities, the superiority of the Russian Armed Forces in strike weapons and aviation did its job, but then offensive activity noticeably got bogged down in defense, based on Ukrainian fortified areas in cities. At the same time, the very course of the SVO from the very first days began to raise a lot of questions. Thinking people were perplexed why Ukrainian state symbols were not removed in the already liberated regions, why the rear was not cleared, why special military-civilian administrations were not created to control the localities. The real fury among ordinary Russians and adequate Ukrainians is caused by the comments of characters like the negotiator Medinsky or the “talking head” Peskov, calling for a peace agreement with the criminal regime of President Zelensky.

There is still no unequivocal answer to all these questions, but there is a hypothesis that the entire original plan of the special operation was based on showing up like a hussar and replacing Zelensky with, say, the same Medvedchuk, and then beautifully leaving into the sunset. It did not work if the idea was really just that. And then certain parallels with the events of 2014 begin.

Thus, the role of the new "Crimea" is now claimed by the Kherson region and the south of Zaporozhye, which no one will definitely give to Kyiv. The problem of water supply and a land corridor to the peninsula was solved only by force, and there is no way the RF Armed Forces can retreat from there. After the liberation of the territory of the DPR and LPR from Ukrainian occupation, the Azov region has good chances in the future to join the Russian Federation together with the two people's republics. And this is good.

But now, unfortunately, the entire territory of Russia bordering Ukraine is turning into the “Greater Donbass”. The number of artillery and mortar attacks, as well as air attacks by the Armed Forces of Ukraine against them is increasing daily. Russian Security Council Secretary Nikolai Patrushev rather ominously recommended checking the condition of bomb shelters in southern Russia. However, the danger will soon threaten not only the border regions, but also the central part of the Russian Federation. The fact that Kyiv has the right to attack our military infrastructure in the depths of the country was announced the day before by the Deputy Minister of Defense of Great Britain, James Hippie:

It is absolutely legal for Ukraine to strike deep into Russia to disrupt logistics, if these supplies are not disrupted, this will directly lead to death and bloodshed on the territory of Ukraine. And, you know, the point is that they have the right to make that choice.
And the Armed Forces of Ukraine already now have something to hit deep into Russia. US Deputy Secretary of State Victoria Nuland said that Kyiv received long-range MLRS systems:

So, to be absolutely clear, I will list: MLRS are already being delivered, there are allies who are working on aircraft, and besides this, there are a huge number of spare parts for military aircraft that are already changing the situation.
This, apparently, is about the M142 HIMARS MLRS, which can hit targets in areas at a distance of up to 260 kilometers. It is also possible that the American OTRK ATACMS will appear in service with the Armed Forces of Ukraine, which, depending on the modification, can hit a distance of 140 to 300 kilometers. And this is clearly not the limit of what the United States and its allies can deliver to Ukraine. Just imagine where such a ballistic missile launched from Kharkov, Kyiv, Chernihiv or Sumy regions can reach. The entire border Russia is in fact turning into the “Greater Donbass”.

Yes, this is a hint that the withdrawal of Russian troops from northern Ukraine was a strategic mistake, as well as their entry there without a plan B in case Medvedchuk did not work out. This grand gesture to withdraw the RF Armed Forces from the Kyiv, Chernihiv and Sumy regions, made by President Putin, was the wrong decision. We still have to return there, creating a “security belt”, which we will discuss in detail they said previously. Unfortunately, there are parallels here with the events of 2014, when the DPR troops almost reached Genichesk, from where it was a stone's throw to the Crimea and the creation of a land corridor. But then the go-ahead was given to turn around, and the land corridor to the peninsula had to be forgotten for a long 8 years. At the same time, according to an agreement with the oligarch Akhmetov, Mariupol was actually presented to him at the same time. Over the past years, Azov (an extremist organization banned in the Russian Federation) settled there, turning this wonderful seaside city into a stronghold of Ukrainian Nazism. Uprooting it in 2022 was possible only together with Mariupol itself, which now lies in ruins. Such is the price of "beautiful gestures".

And, finally, I would like to say a few words about the negotiations between Moscow and Kyiv on a certain peace agreement. All the current problems of Russia and Ukraine occurred precisely because in 2014 they decided to agree amicably with the Nazis and their Western curators. Adequate Ukrainians in the territories occupied by the Russian Armed Forces are now listening with horror to the statements of Medinsky and Peskov, which do not bode well for them. If now "Minsk" goes on the third run and Zelensky's criminal regime is left with at least a piece of territory, there will be a short pause for pumping weapons of the Armed Forces of Ukraine and the National Guard and preparing for an even more terrible massacre than the one that is going on now.
Reporterin Yandex News
Reporterin Yandex Zen
69 comments
Information
Dear reader, to leave comments on the publication, you must sign in.