Will Russia be able to win the fight for Ukraine 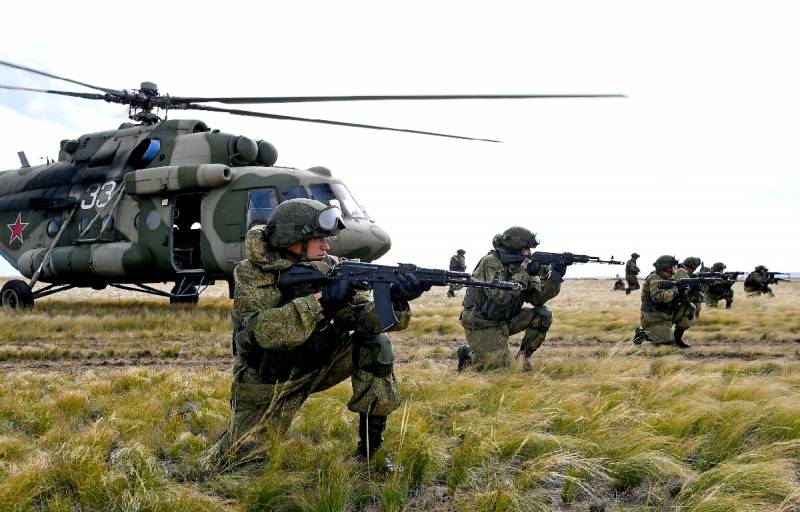 The "Putin's ultimatum" rejected by the West on the non-expansion of the NATO bloc further to the East at the expense of Ukraine and Georgia puts on the agenda the question of a real war, where Ukraine is defined as a battlefield. On the one hand, the Armed Forces of Ukraine, supported by American military advisers, intelligence and weapons, will operate, on the other hand, the LDNR militia and, possibly, directly the RF Armed Forces, if things go really badly. Depending on the outcome of the armed conflict, the configuration of the post-war world order in Europe will be formed.


The problem is that it, the result, is not quite obvious. We are constantly being convinced that the Russian army will easily defeat the Ukrainian one. In an open field battle, yes, we will win, but war is something more than a general battle, after which an act of unconditional surrender is signed. Do not forget that exactly the same Russian people will fight on the other side, traditionally staunch in the defense of their land.

For 8 years of our “doing nothing”, the Armed Forces of Ukraine have changed a lot. If in 2014 Kiev had only 1 combat-ready battalion for the whole country, today the total number of the Ukrainian army is already 255 thousand people, of which 145 thousand are in the ground forces. The mobilization reserve is 900 reservists, plus the so-called "volunteer battalions" and other armed formations, consisting of ideological nationalists, account for another 90 people. This is a big power.

At the same time, it should be taken into account that all the past years, the Ukrainian military was trained by NATO instructors, they gained real combat experience in the Donbass, the level of controllability of the Armed Forces of Ukraine has increased significantly. It will no longer be possible to drive them around the field on a white "Niva", but you can forget about the "boilers". With frank connivance on our part against the DPR and LPR, two operational-tactical groups "Vostok" and "North" have long been created, saturated with armored vehicles, cannon artillery, MLRS and air defense systems. Recently, against the background of the political crisis, American models of weapons began to arrive in Ukraine - the famous Stingers, anti-tank missile systems, etc.

Do not forget that Nezalezhnaya has its own Air Force, which includes: 43 MiG-29 fighters, 26 Su-27 heavy fighters, 17 Su-25 attack aircraft, 12 Su-24 bombers, as well as 54 Mi-8 and 34 helicopter Mi-24. In addition, the Armed Forces of Ukraine now have several dozen Turkish-made Bayraktar drones, which can be used both for air strikes on Russian armored vehicles and for adjusting the fire of their own artillery.

This is all very serious. The jokes are long gone. A war with such an enemy will cost us a lot of blood. But it is also impossible not to fight: the alternative is Ukraine's entry into the NATO bloc and the deployment of American medium-range missiles there with a minimum flight time to Moscow. "Multi-move", allegedly intended to freeze, ruin and ruin Ukraine, ended in a natural fiasco. Now this will have to be paid for with great Russian blood on both sides.

But is it possible to solve the problem of neutralizing this threat at a lower cost? Maybe.

At first, it is necessary to break off diplomatic relations with Kiev and at the same time recognize the proclaimed people's republics of Donbass as the successors of that "domaidan" Ukraine, and establish diplomatic relations with it already. There, in Donetsk, the “Ukrainian government in exile” will have to move, say, with ex-Prime Minister Azarov at the head, which should have been created back in 2014.

Thus, Russia can delegitimize the current regime in Kiev.

Secondly, there is no point in organizing a local “bloody massacre” in the Donbass, recapturing nameless small villages in order to return them back to Kiev within the framework of the Minsk agreements. Russia has a long border with Ukraine, and the RF Armed Forces can and will have to launch an offensive along a broad front, including the territory of allied Belarus and amphibious assault in the Odessa region with access to Transnistria.

This will allow the forces of the Armed Forces of Ukraine to be “pulled apart” in several directions, which will be forced to try to react by transferring units and machinery over long distances, weakening the shock fist and the fortified areas created. Russian aviation could prevent this by destroying communications, infrastructure, trains with armored vehicles.

Thirdly, to disorganize the defensive potential of Ukraine and the manageability of the country would help mass protests and riots, the reason for which may be an increase in food prices, gas and other tariffs. What it might look like, we saw recently in Kazakhstan. This job for special services to simplify the task of the military.

Here, the “Ukrainian government in exile” will have to enter the scene in order to seize control, voicing a clear and consistent program for ending the war with Russia, the post-war organization of the Independent and establishing constructive relations between Moscow and Kiev.

With the implementation of such a set of measures, the likelihood of a positive outcome for the Russian and Ukrainian peoples of this campaign will increase significantly.
Ctrl Enter
Noticed oshЫbku Highlight text and press. Ctrl + Enter
Reporterin Yandex News
Reporterin Yandex Zen
90 comments
Information
Dear reader, to leave comments on the publication, you must sign in.