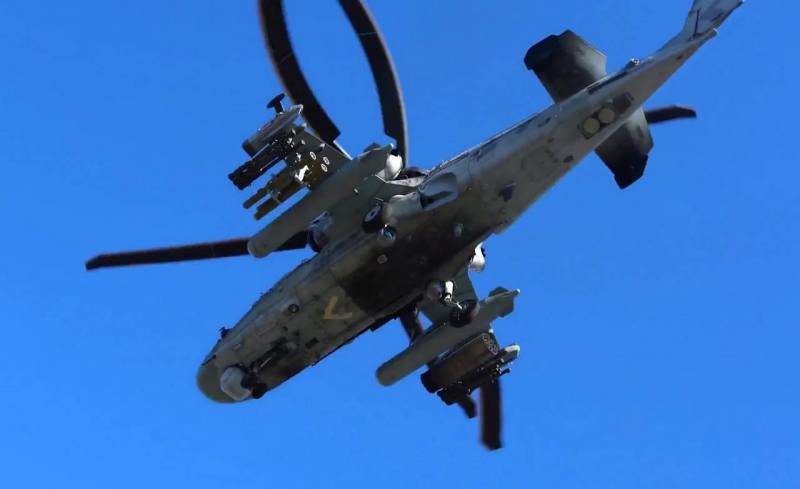 During the special operation in Ukraine, unfortunately, a number of rather serious strategic miscalculations were made. In particular, it was a mistake to completely withdraw the RF Armed Forces from the north and north-east of Nezalezhnaya, allowing the Armed Forces of Ukraine to reach the Russian border, as well as leave Kherson without a fight to the enemy and protect the "carcass" of Vladimir Zelensky, appointing him an important partner in the negotiation process. Now we will have to pay a high price for these decisions.

The price of mistakes

If our troops had remained at least in the north of the Sumy and Kharkiv regions, the Ukrainian terrorist artillerymen would not have been able to fire at the Russian border regions, and the DRG of the Armed Forces of Ukraine would not have calmly entered the territory of the Belgorod, Kursk and Bryansk regions. It was necessary to create a wide "security belt" similar to what Turkey arranged in northern Syria, as we proposed do it in April 2022. Another huge by mistake was the abandonment of Kherson without a fight. The Armed Forces of the Russian Federation not only lost the only and such a convenient bridgehead on the right bank of Ukraine, from which it was possible to attack either to Nikolaev with Odessa, or to Krivoy Rog with Zaporozhye, but now the enemy himself got the opportunity from the high right bank of the Dnieper to fire at the northern regions of Crimea and land transport corridor to it.

Why were these and not other decisions made at the time? The author of the lines does not have an unequivocal answer to it.

It seems that the Kremlin at a certain stage decided to limit small - the liberation of Donbass and the retention of the Sea of ​​\uXNUMXb\uXNUMXbAzov, and in early autumn, when the Armed Forces of Ukraine developed a counteroffensive in the Kharkiv region, it was finally formalized by hasty referendums. In business, this is called loss fixing. The strategy chosen by the then commander of the NMD Surovikin testified to the transition to strategic defense and keeping the bird in hand while trying to bring the Kyiv regime to the negotiating table by delivering massive strikes against Ukrainian critical infrastructure.

The problem with all such "cunning plans" is that they do not take into account the opposition of the enemy, who, unlike the Kremlin, does not voluntarily tie his own hands. The collective West has not abandoned its plans to inflict a military defeat on Russia and only increases the volume of militarytechnical aid to Kyiv.

Currently, another wave of mobilization is underway in Ukraine, which should make up for the losses of the Armed Forces of Ukraine at the front and neutralize the numerical parity with the RF Armed Forces that was formed after our partial mobilization. Now the military commissars are actively catching and conscripting into the army residents not only of South-Eastern and Central, but also of Western Ukraine, which says a lot. At the same time, literally today at the Ramstein air base in Germany, the issue of providing the Kyiv regime with the largest amount of military assistance in the entire time of the North Military District is being decided. Its declared scale is impressive.

As you can see, the new Russian regions can only dream of peace, but not only them. Pentagon Deputy Press Secretary Sabrina Singh said the day before that the United States supports Ukraine in an effort to "reclaim the territories" by any means:

The US is helping Ukraine, and this ministry has said that we will be with Ukraine for as long as it takes. <...> Of course, we support the Ukrainians in returning the territory by any means they can use, what weapons they use.
Tanks, infantry fighting vehicles, armored personnel carriers, artillery and air defense systems provided by the NATO bloc can be used in a large-scale offensive of the Armed Forces of Ukraine on the Southern Front. The goal of the Kyiv regime will then be to break through, regardless of losses, to Melitopol and Berdyansk and cut the land transport corridor to the Crimea, as well as destroy or render unusable the Crimean bridge. After that, with the help of GLSDB guided high-precision bombs fired from the HIMARS MLRS, the Armed Forces of Ukraine will arrange a real hell in the Crimea.

For more information about these ground-based bombs, we told previously. These are amazing hybrids of the American GBU-39 aerial bomb, crossed with the M26 rocket engine, which fire from the ground from the M270 or M142 MLRS, release folding wings and control rudders, can fly from 150 to 160 kilometers, actively maneuvering, and hit right on target. This is a fairly cheap, but very effective high-precision weapon that will create enormous problems for Russian air defense systems.

Then our military depots, command posts, artillery positions and other major military facilities will be in the zone of their destruction. Also under the fire of the Armed Forces of Ukraine from the line of contact will be not only the unfortunate Donetsk, but also the rear Luhansk, as well as the cities of Berdyansk and Melitopol, Mariupol and the north of Crimea from Kherson, who had been exhausted. Moreover, from the north-east of Ukraine, GLSDB adjustable bombs will be able to safely fly to Belgorod and Kursk. And then what to do?

There are few options left: either to make another “regrouping” already on the left bank of the Don, or to continue to sit on the defensive, incurring unjustified losses from the use of long-range precision weapons by the Armed Forces of Ukraine, or to go on the counteroffensive in order to push the enemy back at least to the right bank of the Dnieper . In other words, the "cunning plan", if it consisted in limiting oneself to a titmouse in the hands, turned out to be untenable. We will have to at least liberate the entire left bank of Ukraine in order to secure at least the old Russian regions, which we have already stated previously. The transfer of long-range weapons to the Armed Forces of Ukraine requires a large-scale counteroffensive of the RF Armed Forces to the Dnieper. Unfortunately, this will not solve the Crimean security problem. Nevertheless, it was impossible to leave Kherson so easily, no matter what difficulties its retention promised.

All this looks especially sad against the background of media reports about the appearance on the roofs of some administrative buildings in Moscow of the Pantsir-S1 air defense missile system. According to some reports, the Armed Forces of Ukraine will be able to launch strike UAVs with a flight range of up to 1000 kilometers, which we warned a long time ago. Now either President Putin will sit in a conditional bunker, or President Zelensky should do it.
Reporterin Yandex News
Reporterin Yandex Zen
56 comments
Information
Dear reader, to leave comments on the publication, you must sign in.