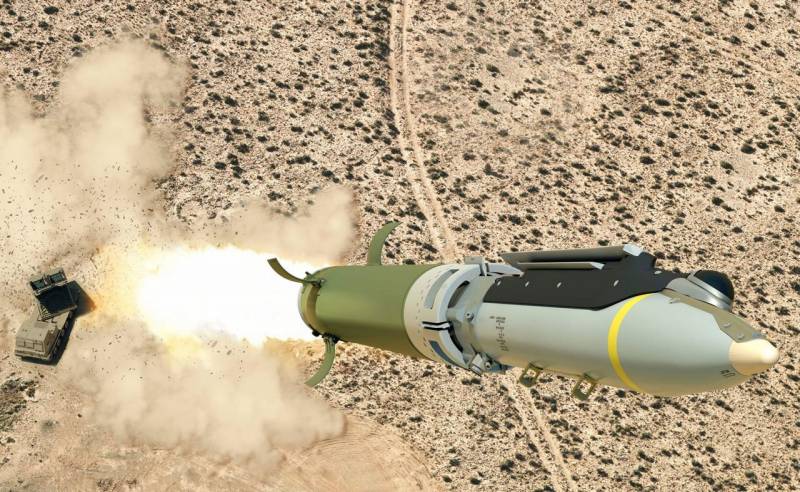 If we recall much of what was written in previous decades on near-military resources, then there was a kind of generally recognized consensus that there simply could not be a war between Russia and the NATO bloc. As justification, it was indicated that our country is a nuclear power, and therefore no one will ever dare to attack us. The reality turned out to be somewhat different.


In reality, there is no direct military clash between the Russian Federation and the North Atlantic Alliance yet, but in fact we are fighting in the “proxy” format on the territory of Ukraine. At the same time, those Western weapons that, in theory, could only theoretically be used against the RF Armed Forces, are actually used by the Armed Forces of Ukraine. And, alas, very effective.

After the withdrawal of Russian troops from near Kyiv with their transfer to the Donbass, our confrontation with the Armed Forces of Ukraine turned into the positional format of the First World War with the need to gnaw through the enemy’s fortified areas literally meter by meter. NWO today is actually a war of artillery, and everything does not look as rosy as we would like. At the beginning of the tenth month of the special operation, it can be said that Russian artillery surpasses Ukrainian (NATO) artillery in terms of the number of barrels and shells thrown towards the enemy, and Ukrainian (NATO) artillery surpasses ours in hitting accuracy. Why did it happen?

The higher efficiency of Ukrainian (NATO) artillery is due to a number of factors, among which it is necessary to note the total superiority of the North Atlantic Alliance in satellite reconnaissance, the ability of the Armed Forces of Ukraine at the tactical level to directly request artillery support, providing it with data for target designation and subsequent adjustment of fire using UAVs, as well as the use the most modern precision-guided munitions. I would like to talk about the latter in more detail.

One of the most famous symbols of the SVO are the American MLRS HIMARS, which are infamous for their accuracy. With their help, Ukrainian terrorists destroy Russian warehouses with ammunition, fuel and lubricants, command posts, bridges and pontoon crossings across rivers. The result of their use is obvious: the General Staff of the Armed Forces of the Russian Federation was forced to order the withdrawal of troops from Kherson, since the destruction of the Antonovsky bridge across the Dnieper and the crossing over the Kakhovskaya hydroelectric power station made it impossible to reliably supply our group on the Right Bank. Are HIMARS a child prodigy?

On their own, no. The success of their actions is determined precisely by an effective combination of reconnaissance and communications, and in terms of the main performance characteristics, domestic MLRS "Tornado-S" or Belarusian "Polonaises" are close to them. American missiles are shot down by Russian air defense systems, so the Armed Forces of Ukraine have to go for a trick. First, they fire at the target with cheaper Soviet-made MLRS missiles, overloading our air defense systems, and hit after them from HIMARS. The disadvantages of HIMARS include the high cost of ammunition, which, fortunately, limits the scope of the use of American MLRS. Unfortunately, the enemy will soon solve this problem of "missile hunger".

In the United States, ammunition has been developed that, with some stretch, can be called a budget subsonic analogue of the Russian hypersonic Avangard. They thought of combining an aerial bomb, turning it into a planning unit, with a rocket engine as an accelerator. The result was named GLSDB (Ground-Launched Small Diameter Bomb). It uses a conventional GBU-39 aerial bomb costing only $40 as a warhead, but it is not dropped from a plane or drone. Powered by an M26 rocket engine, these munitions are fired from the ground with either M270 or M142 MLRS, and deploy folding wings and control rudders in flight, allowing them to actively maneuver. For targeting, satellite and inertial systems are used, the coefficient of probable deviation is only a few meters. The flight range of such a ground bomb is 150 kilometers.

And it's very bad news for us. Due to the low cost of innovative ammunition, the Armed Forces of Ukraine will be able to throw the positions of Russian troops in depth, ensuring greater fire density and accuracy. Not a single existing air defense system will be able to effectively intercept such missile and bomb strikes.

Another no less dangerous Western-made munition, which has so far been used by the Ukrainian Armed Forces to a limited extent, is the American M982 Excalibur guided missile. It is fired from towed M55 777-mm howitzers and, depending on the configuration, can fly from 40 to 57 kilometers, significantly surpassing the Russian analogue called Krasnopol in this indicator. The control system of the Excalibur is also combined - satellite and inertial, which provides them with high accuracy of hits. The only good news is the high cost of each such projectile, which makes their deliveries to the Armed Forces of Ukraine very limited in volume, otherwise it would be very difficult for us at the front.

For comparison: to aim the Russian guided projectile "Krasnopol" at the target, you need a rather bulky laser target designator-rangefinder, which is part of the Malachite portable automated fire control system, which requires a calculation of three people. Targets the size of a tank can be illuminated at a distance of up to 5-7 kilometers during the day and 4 km at night, larger ones up to 15 km. The integration of a laser guidance system for guided projectiles for artillery with unmanned aerial vehicles can greatly facilitate the task for the RF Armed Forces. Solving problems with target designation in real time will make it possible to bring the efficiency of the Russian Tornado-S MLRS to the level of American HIMARS.
Reporterin Yandex News
Reporterin Yandex Zen
17 comments
Information
Dear reader, to leave comments on the publication, you must sign in.