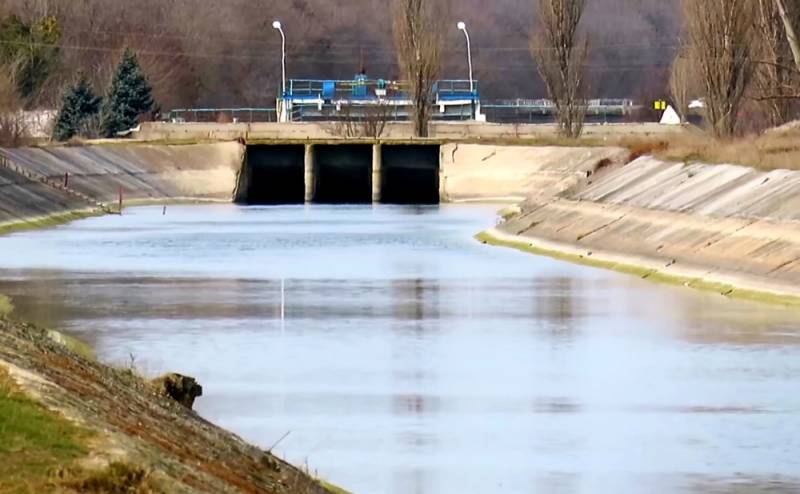 The decision to withdraw all Russian troops from Kherson to the left bank of the Dnieper, motivated by the need to save the lives of soldiers and maintain the combat capability of the Russian Armed Forces, adopted on November 9, 2022, has already yielded results. Alas, so far they have turned out to be strictly negative.


In fact, what is happening simply does not fit in the head, if we judge it from the point of view of Russia's national interests. The main problem, about which all those involved were trumpeting literally from the first days of the special operation, was the acute shortage of forces allocated for it by the Supreme Commander-in-Chief. Both for the offensive and for defense, numerous, well-armed, trained and motivated infantry were needed. What happens in its absence, we saw in the Kharkiv region after the counter-offensive of the Armed Forces of Ukraine, when the Armed Forces of the Russian Federation had to hastily leave their positions in order to avoid being surrounded. Shortly thereafter, Red Liman had to be abandoned.

Everyone feared a repetition of the Kupyansk-Izyum-Limansky scenario on the Southern Front, where the situation was little better. However, on September 21, President Putin announced the beginning of a partial mobilization in the country, and the situation gradually began to improve. On October 28, Defense Minister Shoigu reported to the Supreme Commander-in-Chief that the plan to mobilize 300 reservists had been completed, of which 82 had already been sent to the NVO zone. The number of the Russian group in Kherson was estimated at 20 people, but other, more significant figures were also mentioned. Everyone expected that already in November-December an additional several hundred thousand reservists would get to the front, and then it would be possible to start our counteroffensive. The priority areas were called Krivoy Rog-Nikolaev and Odessa, which would give Russia a strategic victory over the Kyiv regime. The key condition was the retention of the bridgehead on the Right Bank by the RF Armed Forces.

However, this "strange" NWO suddenly turned in a completely different direction. Instead of a counter-offensive and even the usual dead-end defense like Stalingrad, supported by artillery from the left bank and air strikes, Russian troops were ordered to evacuate from the right bank, surrendering it to the enemy without a fight. What did it give us?

At first, due to the threat of flooding of the low-lying Left Bank as a result of the undermining of the Kakhovskaya hydroelectric power station by the Ukrainian Nazis, the RF Armed Forces took up positions prepared in advance on this very low-lying left bank of the Dnieper. I wonder what we will do if the APU does not blow up the dam, but simply starts to quickly dump water from it, first of all, flooding our side?

Secondly, the reliable water supply of the Crimea will now be in question. The Russian authorities could not solve this problem completely for 8 years by peaceful means, and this could only be done by military means. Yes, the main structures of the North Crimean Canal, through which the peninsula receives fresh water from the Dnieper, are located in Tavriysk, on the left bank. However, the entry of the Ukrainian Armed Forces to the Dnieper will allow them to carry out constant rocket and artillery shelling of the Russian water transport infrastructure, ultimately rendering it unusable, as happened earlier with the Antonovsky bridge and the crossing over the dam of the Kakhovskaya hydroelectric power station.

Thirdly, now the highways Kherson - Armyansk, Kherson - Melitopol and Melitopol - Dzhankoy will be under the fire control of the enemy. That is, this is the same “land corridor” to the Crimea, the penetration of which is considered the second undoubted victory of Russia during the special operation after the resumption of fresh water supplies to Crimea. From the higher Right Bank of the Dnieper, the Armed Forces of Ukraine will be able to calmly fire at the roads leading to the peninsula, disrupting its supply, as well as Crimea itself, its northern part. If Washington provides Kyiv with its missiles with a range of 300 kilometers, then from Kherson, abandoned by Russian troops, the enemy will be able to freely cover the main naval base of the Black Sea Fleet of the Russian Federation in Sevastopol. Its evacuation to Novorossiysk under the pretext of "saving the lives of sailors" and "preserving the combat capability" of ships and vessels of the Russian Navy seems to be a matter of time.

In other words, the positive effects for Crimea from the special operation, nine months after it began, are in danger of being reset to zero. If the Armed Forces of Ukraine, released from near Kherson, are able to ensure a successful offensive towards Berdyansk, this “land corridor” will be cut altogether, and the peninsula will turn into an “island” besieged and shot through by the enemy. The safety of the Crimean bridge in such conditions is of great concern. Ukrainian saboteurs have already demonstrated once that they can damage it.

And to complete the picture, here are a couple of quotes that characterize the attitude to what happened around Kherson. Literally today we they said that the NWO, conducted as it is, would hurt Russia's international prestige. And this, alas, has already happened.

In particular, the president of the still friendly Serbia, Aleksandar Vučić, commented on the fact that the RF Armed Forces left the Right Bank without a fight:

I thought that the Russians would put up more resistance near Kherson, it’s obvious that I was wrong ... This shows us that we must understand that we must create our own future, take care of it, in a military sense, we must take care of ourselves if We want to maintain our military neutrality.
In general, the Kremlin in Belgrade is no longer counted on as a true ally. Naturally.

Ukrainian political emigrant Rostislav Ishchenko, widely known to the Russian public for the fact that for 8 years he has consistently justified the Minsk agreement as "Putin's cunning plan", now made a very bold forecast that the Armed Forces of Ukraine could create a strike force for an offensive deep into our territory, towards Moscow:

If our troops finally go to the left bank of the Kherson bridgehead, they will occupy a small arc from the Kakhovka reservoir to the junction of the borders of the Lugansk and Kharkov regions of the Russian Federation ...
For 7-8 hours, a column of military equipment, if it crosses the border in the Glukhov region, it will reach the capital at a speed of 70 kilometers per hour ... If a large group breaks in at night, reports of the capture of cities may go to the Kremlin by morning. It will be difficult for the military to immediately orient in which direction the offensive is going.
In general, they were "smartly planned."
Reporterin Yandex News
Reporterin Yandex Zen
14 comments
Information
Dear reader, to leave comments on the publication, you must sign in.