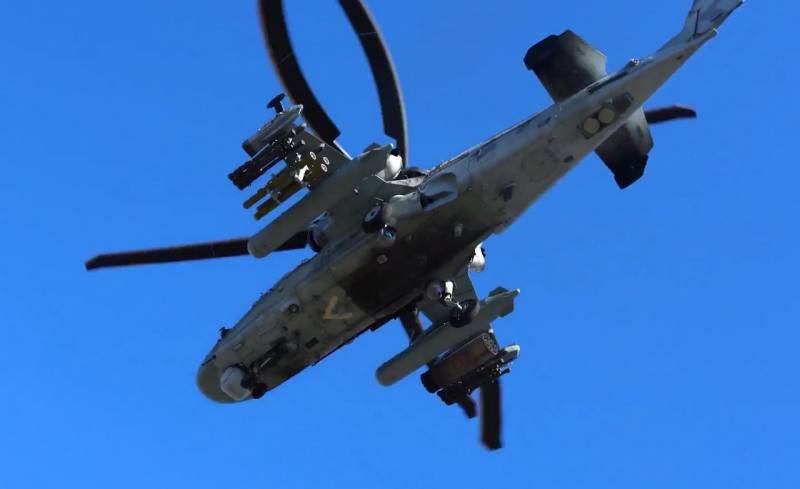 At the end of March 2022, the Russian authorities announced the withdrawal of troops from the previously occupied regions of Northern Ukraine. This was done against the backdrop of "breakthrough" talks in Istanbul led by presidential aide Vladimir Medinsky, ostensibly as a gesture of goodwill. Now for this militarypolitical the decision, perceived by the Kiev regime as a weakness, will have to pay with new big problems.


Recall that a special military operation to demilitarize and denazify Ukraine began with the simultaneous deployment of Russian troops in several strategically important directions at once - from the north, east and south. Thanks to the heroic landing near Gostomel and the subsequent forced march from the territory of Belarus, the General Staff of the RF Armed Forces managed to create a threat to Kiev, forcing it to transfer the Armed Forces of Ukraine to protect the capital. Apparently, no one was going to take the gigantic metropolis by storm in principle.

After the start of a large-scale offensive by the Russian Armed Forces and the People's Militia of the DPR and LPR, the most combat-ready units of the Ukrainian army were tied up in the Donbass. It’s impossible for them to just leave there now across the steppe because of the complete dominance of the Russian Aerospace Forces in the air. At the same time, we note that the transfer of additional forces of the Armed Forces of Ukraine to the Eastern Front is almost not hindered. Perhaps this is done in order to take as many cadre units as warm as possible in order to bleed the enemy as much as possible, depriving him of the most combat-ready formations at once. According to some reports, about 100 Ukrainian troops have already been deployed to the Donbass. It is reported that the Russian group now has at least 150 troops. From day to day, the start of a general battle is expected, the largest since the end of the Second World War, which in many respects should decide the outcome of the struggle for the future of Ukraine.

It is not surprising that it has already received the unspoken name "Great Battle". For the General Staff of the Armed Forces of the Russian Federation to utterly smash the Armed Forces of Ukraine, which have been ridiculed in the domestic press and the blogosphere for the past 8 years, is now a matter of honor. For Kyiv, it will be quite enough to give battle and prevent a total defeat, which will be interpreted by Ukrainian and Western propaganda as weakness and defeat of Russia. We do not have the threefold numerical superiority that is due in such cases, and the tactics of the Armed Forces of Ukraine based on cities as fortified areas gives them hope to hold out for a long time, which we have already seen in the unfortunate Mariupol. Victory will be ours, but there is no need for unnecessary illusions: the “Great Battle” will be quite long, difficult and bloody for both sides.

It should be noted that military advisers from the NATO bloc, who are now de facto in charge of all the actions of the Armed Forces of Ukraine, are taking measures to weaken the Russian grouping in Donbas. So, a few days ago, a video appeared on the Web, in which an order was read out to transfer the hostilities of the Ukrainian army to Russian territory, allegedly given by President Vladimir Zelensky. At the same time, no such document was found on the official website of the Supreme Commander-in-Chief of the Independent. It is possible that this is a fake concocted by specialists in the information war. However, they clearly know their business well.

It is reported that a significant grouping of the Armed Forces of Ukraine is concentrated in the north of Ukraine, not far from our border. At any moment, it can go on the offensive, hitting the nearby Russian settlements. This threat forces the General Staff of the RF Armed Forces to keep an equally large grouping in the region in order to be able to stop the enemy offensive. In all Russian regions bordering Ukraine, an increased level of terrorist threat has been introduced. On the territory of the Belgorod region, damage to the railway tracks was recorded, which may well be the result of sabotage. The formation of volunteer people's squads has begun, designed to keep order and assist law enforcement agencies. There is literally one step left before the formation in Russia of its analogue of "terodefense".

What intermediate conclusion can be drawn from what is happening?

It is clear that the decision to withdraw troops from Northern Ukraine was dictated mainly not by “good will”, but by severe vital necessity. The military contingent involved in the special military operation is clearly not enough to solve problems in all directions at once. The formations withdrawn from the Kiev and Chernigov regions were hastily transferred to the Eastern Front to participate in the "Great Battle". It is simply impossible to pull rubber, since the Armed Forces of Ukraine deliberately destroyed the infrastructure necessary for the water supply of the DPR. The reserves available there in the reservoirs are close to complete exhaustion. A real humanitarian catastrophe could begin in the region any day now. The problem with the displacement and destruction of the group of Ukrainian occupiers must be resolved as quickly as possible.

Yes, the transfer of the RF Armed Forces to the Donbass is a forced decision. However, the events that followed showed that it was impossible to completely withdraw them from the north of Nezalezhnaya. It was necessary to leave at least a buffer security belt along the entire Ukrainian border - not only in Sumy, but also in Chernihiv and Kiev regions. If we had our powerful strongholds in the cities, the RF Armed Forces would continue to create a threat of a counteroffensive and could grind the Armed Forces of Ukraine with artillery and aviation, try to go on the offensive. But now these Armed Forces of Ukraine, by the mere fact of their presence near the Russian border, pose a threat to our cities, forcing them to keep a blocking group there, dispersing their forces along a wide front.

And we are talking about actions against the regular army. But what if Ukraine really moves to a large-scale sabotage and terrorist war? What will prevent some stubborn “Azovites” (“Azov” is an extremist organization banned in the Russian Federation) to change into Russian military uniforms, sit on armored vehicles painted with appropriate symbols, drive into some border town and set up “Beslan-2” there? ? Sorry, but no volunteer squads with whistles will help here. The best way to deal with such a threat is to prevent it.

It makes no sense to return to Kyiv now, but it is necessary to create a security belt on the territory of Northern and Eastern Ukraine, de facto tearing them away, and a system of cordons.
Reporterin Yandex News
Reporterin Yandex Zen
15 comments
Information
Dear reader, to leave comments on the publication, you must sign in.