Is a Ukrainian “retribution strike” against Moscow possible? 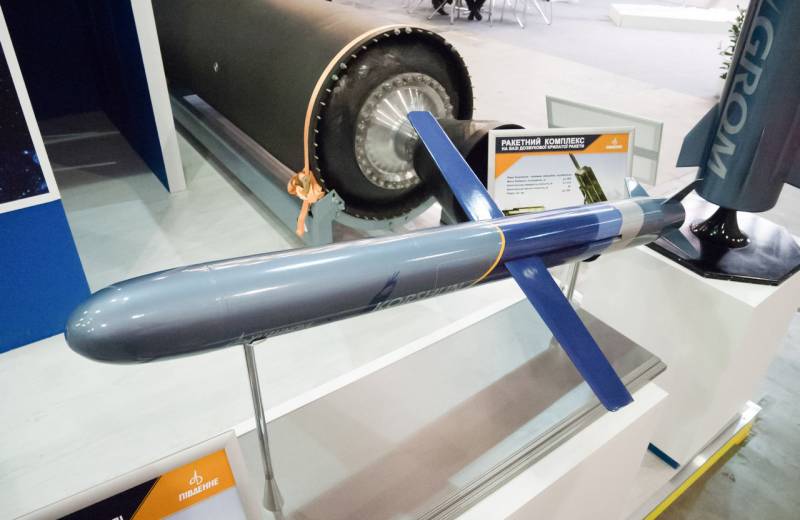 The armed conflict on the remnants of Nezalezhnaya continues to develop and escalate. Now in Kyiv they are talking about

the need to inflict "retribution strikes" on "decision-making centers", of course, in Moscow. Such is the gratitude for 8 years of the Minsk agreements, unilateral gestures of goodwill and the “grain deal”. Are real strikes of the Armed Forces of Ukraine possible not only on the border Belgorod region, but also on the Russian capital?

The day before, in an interview with Canadian television channels CTV and CBC, Ukrainian President Volodymyr Zelensky called on the NATO bloc to strike back at the Kremlin if the Russian Armed Forces hit the "decision centers" in Kyiv:

If the message sounds that there will be a blow to the decision-making center, then the answer of the world should be as follows: “Look, if you hit Bankova, then there will be a blow where you are <...> If you do this, you should know that in a second, regardless of the result of your blow, there will be a blow to the decision-making [centre] you have.
It should be noted that Ukraine is not a member of the North Atlantic Alliance, but has the status of its partner and has recently applied for accelerated accession. Zelensky's statement is undoubtedly a response to a noticeable change in the approaches of the Russian Ministry of Defense to the conduct of the NMD. "Non-Iranian" kamikaze drones began to systematically hit Nezalezhnaya's energy infrastructure, threatening to blackout it in the future. At the same time, the militant part of Russian society has long been demanding that the Kremlin strikes at the so-called "decision-making centers." This, in particular, was stated by the head of the Chechen Republic Ramzan Kadyrov:

Even if one bullet flies in the direction of Russia, it is necessary not only to hit the decision-making centers, but to wipe them off the face of the earth ... I think so - the fish rots from the head, so you need to start from the tops.
The ex-president, who is now deputy head of the Security Council of the Russian Federation, Dmitry Medvedev, who “changed his shoes” from a liberal to a “hawk”, spoke about the same:

In the event that these types of weapons are used against Russian territories, the armed forces of our country will have no choice but to act to defeat the decision-making centers ...
Everyone understands what kind of centers these are - the Ministry of Defense, the General Staff, and anything else.
True, you and I understand that the true decision-making centers are not in Kyiv, but in Washington and London, but formally it is the Kyiv regime that is subject to denazification and demilitarization. Also, all adequate people understand that the NATO bloc will not follow Zelensky's call to hit Moscow in order to avoid starting a nuclear war.
Our “respected Western partners” will leave it to the Kyiv regime itself to do this. Therefore, a natural question arises, how can such a blow be delivered to the Russian capital from Ukraine?

The fact that the Kyiv regime has long been working on creating its own arsenal of medium-range and shorter-range missiles, we told previously. These are, in particular, the Grom-2 OTRK and the Ukrainian Tomahawk, the Korshun-2 air-launched cruise missile (pictured). The flight range of the first rocket reaches, according to some sources, from 500 to 700 kilometers. That is, from the northern regions of Ukraine, from where the Russian troops were so imprudently withdrawn, "Grom-2" theoretically can finish directly to Moscow or the Moscow region. The range of the "Korshun-2" in the basic version is 280-300 kilometers, but, according to the statement of Petro Poroshenko from 2019, it was increased to 1000 kilometers by reducing the weight of the warhead. Of particular danger is the fact that the "Ukrainian Tomahawk" can be launched from aircraft, and there are real "air gates" from Kharkov to the Belgorod region, about which we also detail told earlier.

Unfortunately, we don't know what state Ukraine's own missile program is in now. Will the “Western partners” agree to help the Kyiv regime with components and technology in order to bring to mind its medium-range missiles is not known. Whether the United States will provide American F-15 and F-16 fighters for the needs of the Air Force as carriers of various types of more modern strike weapons, we also do not know, and it is unlikely that the White House itself knows this for sure. However, Kyiv, unfortunately, has every opportunity to solve the problem with weapons in the depths of Russia on its own and with little bloodshed.

Today, everyone admires the "non-Iranian" Geran-2 UAVs, and no wonder. Whoever created these kamikaze drones, Persians or Russians, or whether it is a deep modification of an Iranian drone equipped with a Russian GLONASS navigation system unit, they turned out to be a real weapon of victory.

Unlike, say, the Okhotnik, a heavy strike stealth UAV at a price of 1 billion rubles apiece, the estimated cost of the Geranium is at the level of about 8 dollars maximum. The most expensive element is the simplest MADO MD 550 engine, an Iranian copy of the German Limbach L550E at a price of 5-6 thousand dollars. Yes, he pretty much rumbles, but for 1000 kilometers the “kamikaze” drone is guaranteed to send in a single flight. The rest is plastic, a subframe, a navigation box, control drives and half a centner of explosives. Wooden screw. Cheap, cheerful and very effective.

"Geran-2" is a real Kalashnikov assault rifle or T-34 tank among attack drones. At the same time, go and shoot him down. The “kamikaze” drone flies quite quickly and low, bullets and anti-aircraft shells pierce its plastic through and through, but for a disposable product with a minimum of complex electronics on board, this is not critical. The internal combustion engine of the "non-Iranian" UAV does not produce hot exhaust, which makes it difficult to detect it by infrared homing systems. Even if you shoot it down with a modern anti-aircraft missile, there will be more harm from this due to the detonation of the drone warhead. The real weapon of victory, really. That's what the Persians came up with, being in isolation, just great. Israel, tremble.

The problem is that such a simple design is quite easy to reproduce. In Ukraine, as before, many specialists in aviation and rocket technology have been preserved. The component base will be freely provided to them by "Western partners". You can collect such products almost in the basement. What to do if, from somewhere in northern Ukraine, where the Russian Armed Forces were so imprudently withdrawn, at the same time a dozen of these “kamikaze” drones are launched towards Moscow? Or a hundred? Let's say, half will fly at low altitude to the Kremlin, and the second - to the personal residence of President Putin in Novo-Ogaryovo. But what if the warhead is not an explosive, but, for example, nerve gas? Is this possible or not?

Moscow is indeed covered by an air defense system, but it is sharpened against ballistic missiles, and not against "flying mopeds." Such a threat simply did not exist when it was created. Now the Kyiv regime has already set its sights on the Supreme Commander-in-Chief personally, and he should think about what will happen when the Armed Forces of Ukraine get their “far hand”.

In turn, I would like to note that a new type of air threat requires an immediate restructuring of the entire Russian air defense system. Now everyone is talking about the removal of ancient anti-aircraft installations from the warehouses of the Ministry of Defense of the Russian Federation, which must be aimed at the target almost by eye and fired from them directly from the roofs of houses. If the warhead is represented by nerve gas, it will not help. It is necessary to shoot down kamikaze drones in advance.

Therefore, we recall our the idea creation of a “drone fighter” based on the Yak-52B training aircraft. In the Soviet period, the possibility of turning it into a light "counter-guerrilla" attack aircraft was worked out. In the new realities, this two-seat aircraft, after modernization, can be used both to control Orlan-type drones as a faithful wingman, and to destroy enemy UAVs with machine-gun and cannon fire. Such a light attack aircraft is cheap to manufacture and subsequently operate, has a very low cost per flight hour, and pilots can be quickly trained for it. The domestic analogue of the Brazilian Embraer EMB-314 Super Tucano based on the Yak-52B is now practically uncontested for combating a new type of air threat.
Reporterin Yandex News
Reporterin Yandex Zen
9 comments
Information
Dear reader, to leave comments on the publication, you must sign in.