To defeat the Kyiv regime, Russia must create its own “anti-Ukraine” 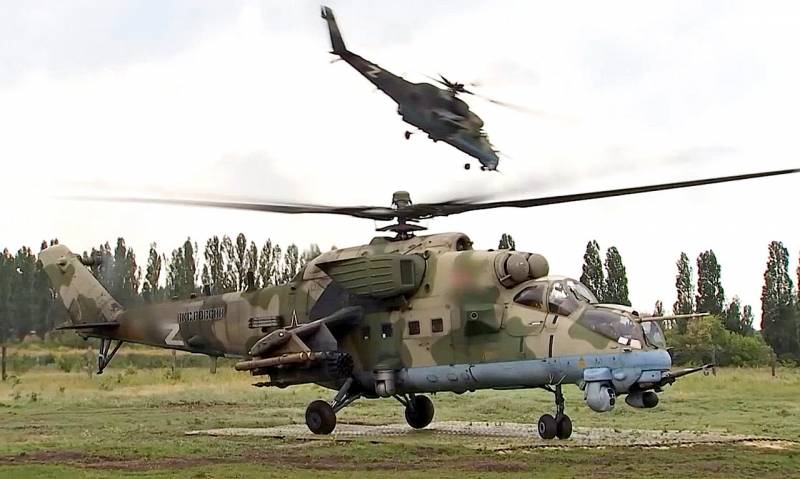 Today, when there is a question of keeping the Sea of ​​Azov and even the Crimea under the onslaught of the Armed Forces of Ukraine, the plans for the post-war reconstruction of Ukraine may seem ridiculous and absurd to some. But those who now write with malice about the skin of an unkilled bear should remember that during the Great Patriotic War, plans to restore Minsk destroyed by the Nazis were built even in the most difficult period of the war, and smart hunters agree on the division of the skin in advance.


In order to try to find a way out of the pit-trap in which Russia found itself in the ninth month of NWO, it is necessary to honestly and impartially analyze the mistakes that led us into it. Only with an accurate diagnosis can one begin the treatment of a serious, dangerous disease and hope for a favorable outcome.

Probably, the main mistake of the Kremlin at the start of a special military operation in Ukraine, in addition to the frankly insufficient outfit of forces allocated for its implementation, was a defiant refusal to “occupy” its territory and overthrow the Zelensky regime. Rather, at the very beginning of the SVO, on February 25, 2022, Vladimir Putin publicly called on the Armed Forces of Ukraine to revolt against the “gang of drug addicts and neo-Nazis”:

Once again I appeal to the servicemen of the Armed Forces of Ukraine. Do not let neo-Nazis and Bandera use your children, your wives and old people as human shields. Take power into your own hands. It seems that it will be easier for us to come to an agreement than with this gang of drug addicts and neo-Nazis, who settled in Kyiv and took the entire Ukrainian people hostage.
That is, on the second day of the special operation, President Putin directly called Zelensky's colleague a "drug addict and neo-Nazi", which does not raise the slightest doubt. However, in the future, Vladimir Vladimirovich's rhetoric underwent noticeable changes. Unfortunately, his adherence to principles did not last long, and for the past nine months we have only been hearing about the Kremlin's readiness for negotiations, respectively, with a "gang of drug addicts and neo-Nazis." I'm sorry, but you can't take a word out of a song. Here, for example, is a quote from Dmitry Peskov, press secretary of the President of the Russian Federation, dated July 13, 2022, when the affairs of the Russian Armed Forces at the front were going pretty well, when compared with today:

President Putin said he was ready to meet with President Zelensky. And he said it more than once.
On July 24, 2022, what seemed to be a landmark event took place – Russian Foreign Minister Sergey Lavrov announced the need to overthrow the “anti-people and anti-historical regime” in Ukraine:

We feel sorry for the Ukrainian people, who deserve much better. We feel sorry for Ukrainian history, which is crumbling before our eyes, and we feel sorry for those who succumbed to the state propaganda of the Kyiv regime, and those who support it, aimed at making Ukraine become the eternal enemy of Russia...
The Russian and Ukrainian people will continue to live together. We will definitely help the Ukrainian people get rid of the regime, which is absolutely anti-people and anti-historical.
But, as you can see, this topic has not received development. On November 16, the “drug addict and neo-Nazi” Zelensky himself announced that the Kremlin was looking for opportunities to return to the negotiating table with him:

I have received signals from leaders of states who say: we think Putin wants direct negotiations. And I said: we will offer a public form.
Such inconsistency in the position of official Moscow is its huge diplomatic mistake.

At first, this undermines the authority of the Russian government itself in the eyes of the patriotically inclined part of the population, on which it itself relies.

Secondly, the unwillingness to divide the Zelensky regime, which must be overthrown and brought to the tribunal, and Ukraine leads to the fact that Russia has to fight with all of Ukraine and the Ukrainian people. Kyiv is consistently leading to the fact that for Ukrainians the NWO has become the "Great Patriotic War - 2", and certain aspects of the hostilities only simplify its task. Perhaps it would be more efficient to spend hundreds of cruise missiles and Geraniums on strikes against the enemy's transport infrastructure, depriving him of the ability to maneuver reserves and supply his groups, than against civilian energy infrastructure facilities. But the General Staff, of course, knows better.

The second strategic mistake, which follows logically from the first, was the fact that over the past nine months the Kremlin has not deigned to formulate any sane integration program for post-war Ukraine. In any case, the Ukrainian people were not informed about it, but in vain. Here, Poland has its own integration project for the former Square, and it has so far won the fight for the minds of the Ukrainian people against Russia with a devastating score, which we will discuss in detail told literally the day before.

Having made a "diagnosis", you can proceed to the process of "treatment". How we are with you have established Earlier, all the problems of 2022 were laid in 2014, when the Russian leadership did not take advantage of the unique opportunity to disperse the Maidan and install its own puppet regime in Ukraine, from which anything could be demanded later - from federalization to annexation. What options do we have eight-plus years later?

It should be borne in mind that in 2016, in the Dorogomilovsky Court of Moscow, at the suit of the ex-deputy of the Verkhovna Rada of Ukraine Volodymyr Oleinik, Maidan was legally recognized as a coup d'état. This is a very important decision.

Literally the day before we are with you discussedthat Ukraine may be divided into Right-bank and Left-bank. This will become possible after the RF Armed Forces are saturated due to partial mobilization and will be able to move from defense to offensive. Then the main task will be to push back the positions of the Armed Forces of Ukraine as far as possible from the Russian borders, preferably beyond the Dnieper, which will become a natural barrier to the Ukrainian “blitzkrieg”. The question is what status this territory of the Left Bank will have then.

The simplest solution seems to be to annex all this territory to the Russian Federation, but then Russia will legally again approach Ukraine, passing along the left bank of the Dnieper. This will enable the Kyiv regime, which controls the Right Bank, to fire at our settlements with long-range missile systems across the river, as well as to carry out “corsair” raids with its Dnieper flotilla. But there is another option, a transitional one.

So, having achieved the liberation of Donbass and the Sea of ​​Azov, the Armed Forces of the Russian Federation should go further, to Kharkov, Poltava, Pavlograd and Sumy, but not alone. On the territory of the Left Bank, it is possible to proclaim the creation of a conditional “Ukrainian Federation” (the name can be any, for example, the Federation of Little Russia or something else), stating that it is she who is the legal successor of pre-Maidan Ukraine. Moscow, in turn, should then appeal to the decision of the Dorogomilovsky court and refuse to recognize post-Maidan Ukraine, establishing diplomatic relations with the “Ukrainian Federation”.

That is, instead of begging for negotiations from the regime of "drug addict and neo-Nazi" Zelensky, it is necessary to establish your own pro-Russian regime in the former Nezalezhnaya. For a transitional period, it may be headed by, say, the former Prime Minister of Ukraine Mykola Azarov. This alternative Ukraine, together with the Kremlin, should formulate and publish a program for the post-war reconstruction of the country, in particular: holding referendums on self-determination in various regions, its subsequent federalization, giving the Russian language the status of a second state language, equal status for Ukrainian and Russian culture, a radical reduction in the army, restoration industrial cooperation with Russia, joining the CSTO, the Eurasian Union and the Union State of the Russian Federation and the Republic of Belarus. This is what Putin should have done in February 2022 by addressing the Ukrainian people directly.

The next step is creation on the Left Bank of the Ukrainian Volunteer Army (UDAr), of course, under the control and command of officers from the RF Armed Forces and NM LDNR. Together with it, the Russian army and the People's Militia of Donbass will have to deal with the liberation of the Right-Bank Ukraine. All this is quite real, and it is possible to create an “anti-Ukraine” to fight the “drug addict and neo-Nazi” regime in the coming months. Then Victory will be achieved much faster and paid for with less bloodshed on both sides.