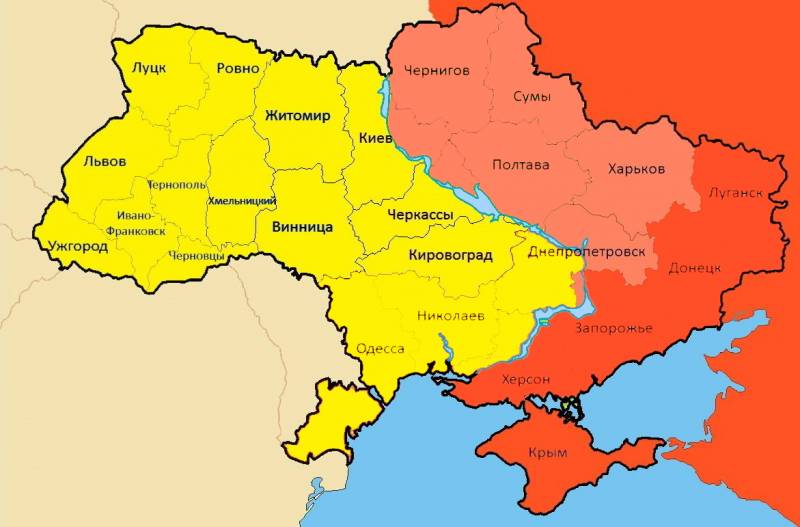 A series of “goodwill gestures” and “regroupings” of the Russian army in Ukraine eventually led to the fact that the territory of our country was already under attack. Particularly tense are recent evidence that a temporary freeze of the armed conflict is possible, into which we will go into an extremely unfavorable configuration on the fronts, and the enemy will use the time to prepare a decisive large-scale offensive. What can be done about all this?

I remember that in April 2022 we predictedthat the entire border with Ukraine Russia could eventually turn into the "Greater Donbass", which will be regularly shelled by the Armed Forces of Ukraine, killing our fellow citizens. Alas, that is exactly what happened.

If the first attack by two helicopters of the Armed Forces of Ukraine on an oil depot in Belgorod, carried out on April 1, was a shock for someone, now artillery shelling and air attacks in the Belgorod, Bryansk and Kursk regions are already commonplace. The other day, a Ukrainian strike drone crossed the front line without hindrance and attacked a Russian oil depot in the Oryol region, located 200 kilometers from the border. DRGs of the Armed Forces of Ukraine are actively operating in the Kursk region, carrying out sabotage at energy infrastructure facilities associated with nuclear power plants. Information stuffing went to the Ukrainian press that allegedly on the territory of the Kursk nuclear power plant of the Ministry of Defense of the Russian Federation for some reason it stores UAVs and ballistic missiles of Iranian production. One gets the impression that this is how the ground is being prepared for powerful strikes on it by the Kyiv regime in order to arrange a “Russian Chernobyl”.

There are even more problems now in the new Russian territories in the Donbass and the Sea of ​​Azov. After our voluntary surrender of Kherson, the Armed Forces of Ukraine only intensified their attacks on the dam of the Kakhovskaya hydroelectric power station. According to the head of the Novokakhovsk city district, Vladimir Leontiev, it has already received “enormous damage”, the restoration of which will take at least a year. Also damaged was the infrastructure of the North Crimean Canal, on which the water supply of the peninsula depends. In the event of the final destruction of the dam, the freshly dug earthen fortifications of the RF Armed Forces on the low-lying Left Bank of the Kherson region will be flooded.

In addition, the Armed Forces of Ukraine got the opportunity to fire from the higher right bank of the Dnieper on highways connecting Crimea with the main part of the Russian Federation by land. If the offensive of the Ukrainian troops on Melitopol and Berdyansk is successful, the Azov region will be lost for us, and the peninsula will turn into an "island". In addition, without the liberation of the Dnipropetrovsk and Poltava regions, it will be impossible to solve the problem of water supply to the DPR and LPR, which are powered by the Dnieper-Donbass energy-type canal.

In general, the results of the JWO in the ninth month of its implementation, to be honest, are not very impressive. What is left for us to do, based on the real situation?

It should be recognized that this war will last for a long time, and freezing the conflict in such an unfavorable configuration as it is now is like death. Whatever fortifications are erected, a powerful concentrated strike is capable of breaking through any line of defense. In order for Greater Russia to feel more or less safe, there must be at least such a water barrier as the Dnieper between it and the main enemy forces. Based on this, we will try to consider two strategies for possible further actions.

As we concluded above, the preservation of the Kharkiv, Sumy and Chernihiv regions as part of Ukraine guarantees a permanent threat to the Russian Federation, since the Armed Forces of Ukraine can fire at our settlements from their territory, launch attack drones and bring their DRGs into the field. The fact of the need to create a security belt in the border area does not raise the slightest doubt. The only question is how wide it should be.

Given the fact that the Kyiv regime is getting more and more long-range missile systems, it is necessary to move the positions of the Armed Forces of Ukraine from the Russian borders as far as possible. Preferably for the Dnieper. To ensure the security of our country, at least the entire Left Bank must be liberated, turning, in fact, into a "buffer zone." About what its legal status can be, we will talk in more detail separately.

Access to the Dnieper as a natural border will allow us to move the strike weapons of the Armed Forces of Ukraine away from the Russian borders and guarantee the impossibility of a rapid large-scale offensive by the Ukrainian army on our positions. Such a "blitzkrieg" of the Armed Forces of Ukraine, pumped up with NATO weapons, will subsequently become the main threat to the RF Armed Forces in the new Russian territories. Along the way, it will be possible to provide Donbass with water, which cannot be done peacefully. The loss of Kharkov, Poltava, Sumy and Chernihiv will be a heavy blow to the modern Ukrainian quasi-statehood, military, economic and political, which will partly compensate for the loss of Kherson by Russia, which we will discuss in detail reasoned earlier.

Those of our readers who consider it impossible to storm large cities should try to analyze the recent experience of the surrender of Kherson, Krasny Liman, Balakleya and Izyum by the RF Armed Forces. It is quite enough to encircle the city, cutting off all supply routes, so that the garrison itself will try to get out of it as soon as possible. If you use sufficiently large forces on the Left Bank, this is quite realistic, and it is better to do this in the winter, when the “brilliant green” has come down.

The option to recapture the entire Left Bank, making it a "buffer" between Russia and Ukraine, is quite working, and it can be called "defensive". Let it sound cynical, but the division of Ukraine into Right-Bank and Left-Bank will really solve many current security problems, but the main one remains unresolved - the Nazi Kyiv regime will remain on the opposite bank of the Dnieper and become a stronghold for the NATO bloc. The war with the Right-Bank Ukraine will still be inevitable, only postponed for some time.

An alternative "defensive" scenario is "offensive", and its main goal should be to cut off Kyiv from its sponsors from the North Atlantic Alliance. The fact that the problem of supplying the Armed Forces of Ukraine with NATO weapons and ammunition could be solved by a simultaneous strike from the territory of Belarus on Western Ukraine and from near Kherson on Nikolaev and Odessa, we have repeatedly discussed. Alas, now, after the surrender of Kherson and the entire foothold on the Right Bank, we have to talk about such a possibility only in the past tense.

The only working option, how the RF Armed Forces can find themselves on the other side of the Dnieper without unacceptable losses, is to go there from the territory of Belarus. To do this, for the time being, we will have to forget about the liberation of the entire Left Bank and create two powerful strike groups in the North. The main blow will then go through Volyn through Lutsk, Rovno and Lvov to Uzhgorod. Having gained a foothold on this bridgehead, Russian troops will have to develop an offensive in a southerly direction, blocking the border with Romania and Moldova. In order not to get into the “cauldron” near the border with Europe in the event of a flank attack by the Armed Forces of Ukraine, a second grouping will be needed, which will take Chernigov into an operational encirclement and move towards Kyiv. Then the General Staff of the Armed Forces of Ukraine will have to decide what is more important - maintaining access to the Polish border or the capital.

Naturally, for such an operation, it will be necessary to use a truly powerful group of the RF Armed Forces of 200-300 thousand people with the ability to quickly transfer to Belarus and bring additional reserves into battle so that this is not some kind of gamble, as in February 2022. To do this, it will be necessary to carry out at least one more wave of mobilization in the winter. The loss of the Right Bank, if we focus specifically on it, will inevitably entail the defeat of the Armed Forces of Ukraine on the Left Bank, which will be left without the ability to replenish the consumption of ammunition, fuel, fuel and lubricants and receive new machinery.

As a matter of fact, after the surrender of Kherson and the loss of a strategically important foothold in the South, these are the two main options from which we will have to choose if we do not want to sit out the defeat in the Azov region from the “blitzkrieg” of the Armed Forces of Ukraine. Well, or you can now, with a smart look, make peace with the Kyiv regime and in a year and a half be knocked out in disgrace from the South of the former Square.
Reporterin Yandex News
Reporterin Yandex Zen
52 comments
Information
Dear reader, to leave comments on the publication, you must sign in.