2014-2022: Could something have gone differently in Ukraine? 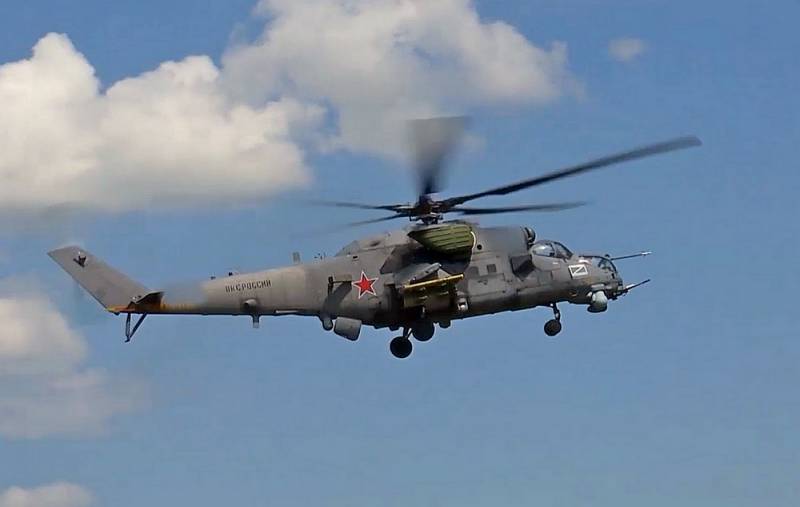 With sincere bewilderment, sometimes turning into dumbfounded, watching where the special military operation to demilitarize and denazify Ukraine turned in the ninth month of its implementation, many Russians ask a fair question - why didn’t the NWO or CTO take place in 2014? This is a very good and correct question that needs to be dealt with in order to move on.


It will simply be necessary to talk about this difficult topic, since the author of the lines constantly has to meet with comments supposedly explaining why the NWO could not be held in Ukraine 8 years ago. Briefly, this thesis is as follows - "we were not ready then," and the creativity of the domestic "protective party" was enough for three mythologemes, on which, like three whales, this version is built. Let's deal with each.

"By the forces of one paratrooper..."

The main problem with all “protective” reasoning is that they are divorced from reality, or rather, they automatically transfer the realities of 2022 to 2014. At the same time, it is necessary to consider the situation in the context of that time and related events. So, what exactly happened in February 2014 in Kyiv?

There was an anti-constitutional coup d'état supported by the collective West. Legitimately elected incumbent President Yanukovych was forced to evacuate to Russia for his life. What response options did the Kremlin have?

You don’t have to invent anything special, we have already seen everything in Belarus in 2020 and in Kazakhstan at the beginning of 2022. In the so-called Belarusian scenario, it was enough for President Putin to firmly declare his support for the official Minsk, up to the unambiguous threat of bringing in Russian security forces:

Alexander Grigoryevich asked me to form a certain reserve of law enforcement officers. And I did it.
Having enlisted the support of the Kremlin, President Lukashenko received a complete carte blanche, the pro-Western opposition "turned sour", and local law enforcement agencies completely coped with the dispersal of Belomaidan.

In the “Kazakh scenario”, Russia went further, at the CSTO level, sending several thousand peacekeepers to help its ally. Again, our soldiers did not really have to fight, the local security forces and law enforcement officers managed everything. The peacekeepers played the role of a stabilizing military-political factor expressing the collective support of neighboring countries for the Tokayev regime in Nur-Sultan.

That, in fact, is all. To keep Yanukovych in power, it was enough to return him to Kyiv, giving him the same notorious parachute regiment as peacekeepers in support. They would not even have to disperse the Maidan themselves, it would have been done by the local security forces, having seen the direct support of Yanukovych from the Kremlin. What did Putin do in 2014?

In 2018, our main order-bearing propagandist Vladimir Solovyov made the film World Order-2018, in which Vladimir Vladimirovich personally told curious details of those tragic events:

But this is well known. Now I will say something that is not known: at the same moment, our American partners also turned to us, they asked us to do everything - I am now saying an almost verbatim request that Yanukovych not use the army, that the opposition vacate squares, administrative buildings and cross to the implementation of the agreements reached on the normalization of the situation.

We said: "Good"... A coup d'état was carried out a day later. Well, at least they would call, at least they would do something!
That is, Putin, at the request of the Americans, helped to prevent Yanukovych from dispersing Maidan on his own, and then did not begin to bring in peacekeepers himself, for which it was enough to use a written request from the legally elected president of Ukraine. Why?

We would be strangled by sanctions!

In trying to explain the behavior of Vladimir Putin, many Russians themselves begin to come up with various excuses. They say that our economy in 2014 was not ready for Western sanctions and that we would have then turned off payment systems and so on and so forth.

Reading and listening to all this, I would like to ask a counter question - but, in general, why on earth should sanctions have been imposed on Russia in 2014? If the Kremlin brought in peacekeepers at Yanukovych's request to restore constitutional order, what exactly would they be brought in for? Were “hellish” Western sanctions imposed on Moscow and Nur-Sultan because Russia supported friendly Kazakhstan in early 2022?

The second logical question is why our “guardians” transfer the realities of 2022 to 2014? This is our country today, humiliated by a series of military defeats from some kind of Ukraine, after all these crossed “red lines” and numerous sanctions packages, it is facing a vote in the UN on the need to pay reparations to the Nazi Kyiv regime.

As of 2014, when Russia was “on the show” and the whole world was afraid of President Putin’s menacing wiggling of the eyebrows, this was simply impossible. The maximum that we could get for bringing peacekeepers to Kyiv is the level of the “Crimean sanctions”, which we ourselves laughed at 8 years ago.

But we have been preparing for 8 years!

The first two mythologemes flow smoothly into the third, which tries to explain why Putin did not start the NWO or CTO in 2014. It is alleged that the Russian army was then supposedly not ready for this. Say, all these 8 years we have been constantly conducting military exercises, and the RF Armed Forces have been re-equipped with the most modern weapons by 80%!

A counter question - and with whom there in Ukraine we had to fight in 2014?

In the period from February to May 2014, there was no legal authority in Nezalezhnaya at all, then it was enough to bring in peacekeepers, giving them President Yanukovych's SVO for legitimacy. See point 1. After the Kremlin recognized the Poroshenko regime, who came to power in May 2014, the situation deteriorated significantly, but the opportunity for a NWO or CTO was all the time, especially after Kyiv cut off water supplies to Crimea and began terrorist operation in the Donbass.

No matter how “bad” the Russian army was allegedly as of 2014, the Ukrainian one was even worse. We can say that it practically did not exist. The Armed Forces of Ukraine were small, disorganized, poorly trained and demoralized. At that time no one wanted to fight with Russia, could not and did not know how. This was clearly confirmed in several “cauldrons”, where the Armed Forces of Ukraine in 2014-2015 were utterly defeated by the LDNR militia with limited assistance from the “north wind”. Then it was more than enough to win.

We have already seen how the Kyiv regime used the 8 years donated under the Minsk agreements for the preparation of the Armed Forces of Ukraine. We, alas, have seen enough of how cool the Russian army was prepared for the war during the same time. As well as the Ukrainian fortified areas built in the Donbass over the years. Would the sanctions for NWO in 2014-2015 be "hellish"?