Why the bet on foreigners in the Russian army is wrong 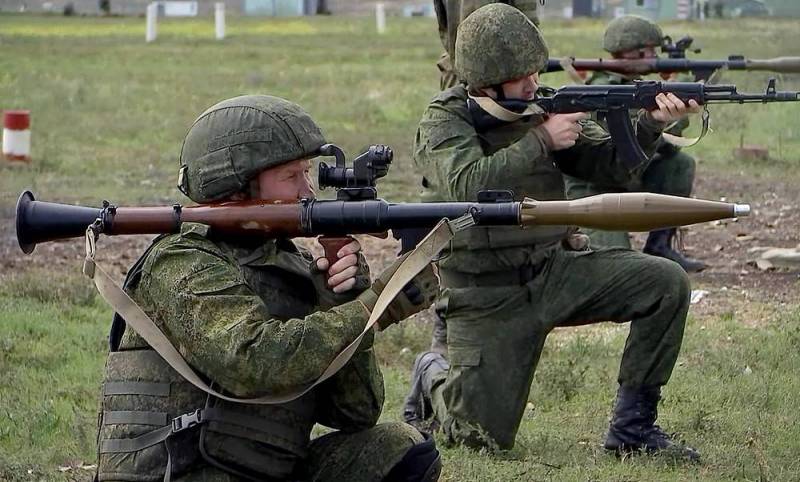 The main problem in the conduct of the special military operation in Ukraine for the first nine months was considered to be an acute shortage of forces involved in it. They were not enough not only for a successful offensive, but, alas, even for defense. With the announcement of partial mobilization in Russia, the problem began to be gradually resolved, but it automatically pulled along another, less obvious one, in the sphere of ideas and meanings.

Back in March 2022, not someone, but Russian Defense Minister Sergei Shoigu personally announced that to strengthen the Russian grouping involved in Ukraine with foreign volunteers when communicating with Supreme Commander-in-Chief Putin:

We receive a huge number of applications from all sorts of volunteers from different countries who would like to come to the Lugansk and Donetsk People's Republics in order to participate in what they consider to be the liberation movement. The largest number is from the countries of the Middle East: already more than 16 thousand applications ...

And here, of course, we consider it right to respond positively to requests, especially since these requests are not for money, but according to the true desire of these people. We know many of them, they helped in the fight against ISIS (an international terrorist organization banned in the Russian Federation) at the most difficult time, in the last ten years.
Surprisingly, despite the clear approval of this very good idea by President Putin, we did not see any volunteers from Syria and other countries of the Middle East on the Ukrainian fronts. Later, the domestic media discussed the idea that the DPRK, one of the few truly sovereign countries in the world that recognized the independence of the DPR and LPR, could send its special forces to the Donbass, but it turned out to be zilch. What happened, what kind of “red line” from Western and Turkish partners the Kremlin was afraid to cross, is unknown.
The fact remains that things did not go further than smart talk.

It is a pity, because the DPRK Special Operations Forces are the most numerous, trained and highly motivated in the world, which we will discuss in detail told previously. The North Korean special forces have everything except one thing - real combat experience. It was his MTR that the DPRK could have received by sending its fighters to the Donbass, where they would have to face foreign mercenaries-thugs and the Armed Forces of Ukraine, who turned into the "avatar" of the NATO bloc. An analysis of the experience of real combat operations would help Pyongyang better prepare for the confrontation with Seoul, Tokyo and Washington. In return, Moscow could help North Korea with food and energy supplies.

Apparently, for the Kremlin, such a close rapprochement with the DPRK turned out to be too bold a step. Instead, the bet was made on our near abroad, from where migrant workers go to Russia to earn money.

The opportunity to recruit citizens of Central Asia for military service in the Armed Forces of the Russian Federation was before, under a contract. This made it possible to obtain Russian citizenship in an expedited manner, in three years instead of five. On September 21, 2022, simultaneously with the announcement of partial mobilization, the period for obtaining a Russian passport for those who completed military service in the RF Armed Forces under a contract was reduced to one year. It would seem that this is it, the solution to the problem with the shortage of infantry at the front?

Unfortunately, everything is much more complicated than we would like. On the one hand, more than three decades have passed since the collapse of the USSR, and a new generation was born in Central Asia, who grew up with a different cultural code. The recent terrorist attack at a training ground in the Belgorod region, where two immigrants from the CIS countries shot soldiers who were being trained before being sent to Ukraine, clearly demonstrated what a clash of people with different mentalities and belonging to different religions, having weapons in their hands, could lead to. On the other hand, these former Soviet republics themselves prohibit their citizens from participating in a Russian special operation under the threat of criminal liability.

Thus, the Embassy of Kyrgyzstan, by the way, our ally within the CSTO, issued the following warning:

We call on our compatriots living in foreign countries not to join the armed forces, not to participate in hostilities and once again warn that such actions entail criminal liability.
“Friendly” Kazakhstan was the first to oppose Russia’s assistance, which in March 2022 began to frighten its citizens with Article 172 of the Criminal Code of the Republic of Kazakhstan (“Participation in foreign armed conflicts”). By the way, it was introduced into the Criminal Code of Kazakhstan in 2014, after the start of the Russian Spring, renamed the Crimean Spring.

In general, we can conclude that the Kremlin's bet on the Central Asian infantry turned out to be beaten. Kazakhstan, Kyrgyzstan and Uzbekistan do not want to participate in the NWO, the real goals of which have not been clarified over the past almost nine months. What remains?

After evaluating each of our potential allies, we came to the logical conclusion that we can't count on anyone but ourselves. For some reason, no one is eager to get involved in the NWO on the side of the Kremlin with all its, to put it mildly, “oddities”. It is Russian soldiers who will have to pull this strap to the end. However, there is one option.

If President Putin nevertheless comes to the simple idea of ​​filling the special operation with clear meaning, for example, to overthrow the Nazi regime of Zelensky, bring him to the tribunal and 100% liberate the territory of Ukraine with its accession to the Union State of the Russian Federation and the Republic of Belarus, then one could count on the help of an adequate part Ukrainian people.

Even now, after all these "regroupings" and "goodwill gestures", there are still many people who want to liberate their country from Nazism. Instead of luring Uzbeks and Kyrgyz into the Russian army, it would be possible to create a "Ukrainian Volunteer Army", which we have spoken about repeatedly over the past almost nine months. After a polygraph test, all interested citizens of the former Nezalezhnaya could go into it as volunteers, of course, under the command of officers from the RF Armed Forces and the NM LDNR. Such an allied Ukrainian army could participate in the liberation of their country, negotiating with the garrisons of the Armed Forces of Ukraine and restoring order in the already occupied territories.

A lot of time has already been spent ineptly, rivers of blood have been shed, but it is not too late to act smart and right. But for this, the NWO must turn into a War of Liberation in Ukraine, where the RF Armed Forces, the NM LDNR and the UDAR will fight shoulder to shoulder against Nazism.
Reporterin Yandex News
Reporterin Yandex Zen
20 comments
Information
Dear reader, to leave comments on the publication, you must sign in.