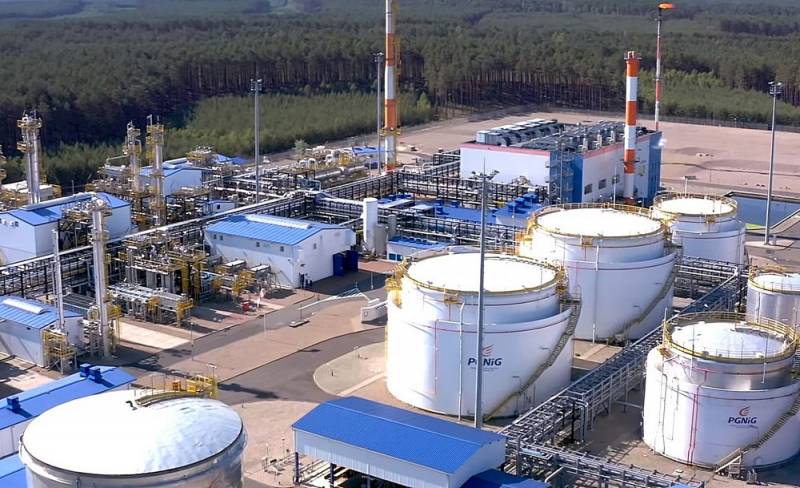 One of the most outrageous News recent days - Poland's decision to nationalize Russian gas assets located on its territory. There is nothing surprising in this, however, since Warsaw, unlike Moscow, has a clear, well-thought-out, adequate program of development and expansion, which it is consistently implementing. Unfortunately, this threatens our country with big troubles in the very near future.

The fact that Poland is considering how to dispose of the assets owned by Gazprom became known long before the start of the special operation in Ukraine, in 2021. Then the operator of the Polish gas transmission system Gaz-System presented a project for the development of the gas transmission system of his country, where it was supposed to use the “Polish” section of the Yamal-Europe gas pipeline running from Russia to Germany. This, of course, aroused indignation in us, but it immediately became obvious to far-sighted people that they would have to say goodbye to the pipeline.

The fact is that Warsaw was one of the first to draw conclusions from the so-called Munich speech of President Putin, delivered by him back in 2007. The well-known Russophobe US Senator Lindsey Graham later stated:

With his only speech, he did more to unite the United States and Europe than we ourselves could have done in a decade.
Poland began an active rapprochement with the United States, using them as a "roof" and at the same time acting as the main conductor of the American policy in the Old World. Europe's clash with Russia was predetermined, and Warsaw began to prepare in advance to reduce its energy dependence on Moscow.

In 2011, the symbolic first stone of the LNG terminal in Swinoujscie was laid, and already in 2015 it began to work. Currently, work is underway to expand its capacity from 5 billion cubic meters of gas per year to 7,5 billion. At the same time, a second floating LNG terminal is being built in Gdansk, with an initial capacity of 6,1 billion cubic meters per year with the possibility of increasing it to 8,2 billion. Also on April 30, 2021, President Duda announced the start of construction of the Baltic Pipe underwater gas pipeline, through which Poland will receive up to 10 billion cubic meters of gas per year from Norway. By the way, it was put into operation almost simultaneously with the fact that Gazprom lost both of its Nord Streams as a result of the terrorist attack.

What is the idea?

Poland takes full ownership of the section of the Yamal-Europe pipeline and connects LNG terminals on the coast of the Baltic Sea, as well as Baltic Pipe, to a single domestic energy system. Cheap and cheerful, only Gazprom suffers, or rather, Russian taxpayers. This will allow Warsaw to pump Norwegian and regasified American LNG through its own new GTS. It is known that Poland has signed a 20-year contract with companies from the United States for the supply of liquefied natural gas. American LNG will go not only for the internal needs of the republic, but also to neighboring countries, to begin with, to the Baltic states.

It would seem, what do we care about all this? Poland is a sovereign country and has every right to ensure its energy security as it sees fit. The problem is that Warsaw's undisguised geopolitical ambitions run counter to the national interests of the Russian Federation.

About what the “Three Seas Initiative”, or “Trimorye”, is, we told previously. At its core, this is the reincarnation of Jozef Pilsudski's idea of ​​a confederate state "Intermarium", cutting off Russia from Western Europe.

In short, 12 countries of Central and South-Eastern Europe - Austria, Bulgaria, Hungary, Latvia, Lithuania, Poland, Romania, Slovenia, Slovakia, Croatia, Czech Republic, Estonia - form a new supranational association, stretching from the Baltic to the Adriatic and Black Seas . Since 2022, Ukraine has also joined it as a partner. The economic basis of this future "Eastern NATO" will be a new unified energy system based on the consumption of American LNG instead of Russian "undemocratic" gas. On the coast of two of the three seas in Poland, the Baltic States, Croatia, Greece and Bulgaria, an LNG receiving infrastructure is being actively built, which will eventually be connected into a single system running from north to south.

Poland, as well as Ukraine, will play a key role in this new integration project. For Warsaw and Washington standing on it, first of all, the huge underground storage facilities located in Western Ukraine and access to the Black Sea, that is, Odessa, are important. Through the Dniester Poland gets a direct route to the Black Sea. The Russian special operation paradoxically strengthened and accelerated the implementation of the expansionist project of Warsaw, literally pushing Ukraine into the arms of Poland. Kyiv itself has now equated the Poles in rights with its citizens and not only is not afraid of the entry of the Polish Army into the territory of Galicia and Volhynia, but even desires this, if only the Russians do not come there.

Alas, we have to admit that Russia has almost hopelessly lost the war for the future of Ukraine to Poland.

The Kremlin does not have any sane integration project for the post-war Square, but Warsaw and Washington have it. The minimum program is to take over Western Ukraine with its underground storage facilities, as well as the Black Sea region with Odessa, where we boarded up the road in front of us, voluntarily and without a fight, surrendering Kherson and the entire bridgehead on the Right Bank. The maximum program may be to unite all of Ukraine, which is not controlled by the RF Armed Forces, into a confederal union with Poland, a country that is a member of the NATO bloc. We have almost completely lost the war for the post-war future of Ukraine.

The last real chance to replay the game is to organize a powerful shock fist on the territory of Belarus and hit Volyn and Galicia with a subsequent exit to the Black Sea. But to be honest, I don't really believe it yet.
Reporterin Yandex News
Reporterin Yandex Zen
9 comments
Information
Dear reader, to leave comments on the publication, you must sign in.