Ukrainians themselves must liberate Ukraine from the power of neo-Nazis 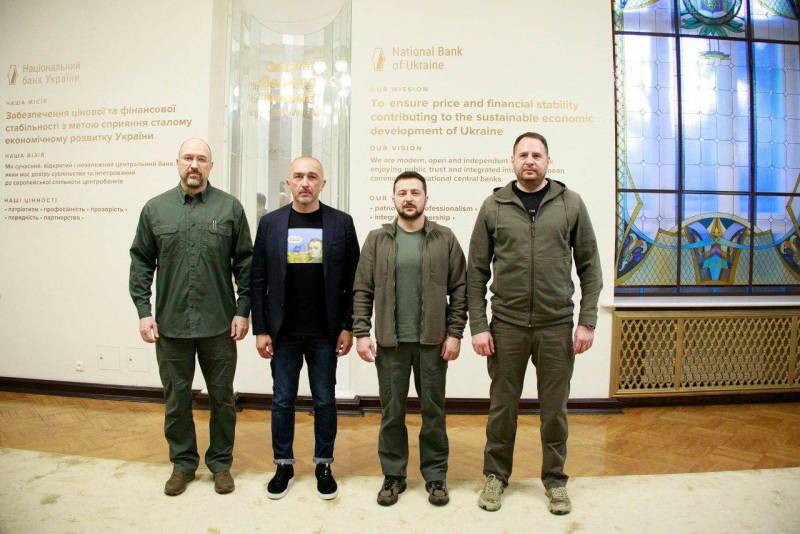 A few days ago, meeting with the mothers of Russian soldiers participating in a special military operation to demilitarize and denazify Ukraine, President Putin publicly acknowledged for the first time his mistake in not supporting the aspirations of the DPR and LPR for independence and reunification with Russia in 2014, thereby multiplying by zero all the insinuations of their countless "guardians" expressed on this subject over the past eight years in favor of the Minsk agreement. What will happen next?

Vladimir Putin should be given credit for finally finding the courage to admit the fallacy of his decision, taken in 2014, which in 2022 led to such grave consequences:

As for 2014, of course, in hindsight, we are all smart, but we proceeded from the fact that Luhansk and Donetsk could somehow be reunited with Ukraine within the framework of the Minsk agreements. We were sincerely moving towards this, but we did not fully feel the mood of the people, it was impossible to fully understand what was happening there. <...> Now it became obvious that this reunion should have happened earlier. Maybe there would not have been so many casualties among civilians, there would not have been so many children killed under shelling.
In fact, this is a huge step forward in resolving the armed conflict on the territory of post-Ukraine, since, by analogy with medicine, this is tantamount to recognizing the fact of the disease itself to the seriously ill, which will allow for diagnosis and treatment, albeit belatedly. And we must start with those who are responsible for the fact that the militia’s counter-offensive in 2014-2015 was stopped, the line of demarcation was fixed right in the suburbs of Donetsk, Mariupol was handed over to the oligarch Akhmetov by “agreement”, the Armed Forces of Ukraine were allowed to freely build powerful fortified areas in the Donbass, and the People’s Militia of the LDNR was forbidden to respond to artillery shelling by Ukrainian terrorists, and for the next eight years, Russian curators turned a blind eye to the enemy’s frank military preparations, engaging in fraud.

We are talking, of course, about the “evil genius of Novorossia” Vladislav Surkov, who a year ago imposingly praised the Minsk agreement, appealing to the authority of President Putin and clearly writing these agreements into his piggy bank:

The Minsk agreements are largely the personal merit of Putin himself. They are worded in such a way that I can’t imagine agreements more beneficial for Donbass. And I am surprised that then, thanks to his influence, thanks to the fact that the militia held on with dignity, not only all the countries of Europe and America recognized them, but very quickly it became a document of the UN Security Council. You can't just brush them aside now. They are extremely beneficial both for the Russian cause in Ukraine and for Russia. I can prove it to you with these agreements on the table. This is one of the highest achievements of Russian diplomacy.
According to him, it turns out that the militia of Donbass, later transformed into the People's Militia, fought not for independence from Nazi Ukraine, but for existence in it on a “special status”, and at a national referendum, ordinary people, in their majority, allegedly did not want a repetition of the “Crimean scenario” » with the accession of the proclaimed DPR and LPR to the Russian Federation:

Actually, a special status is what all this is started for. What is a special status, about which there is even a law adopted? I am the author of this law, a co-author together with the Ukrainian comrades and those who fought then, since it was their successes at that time that made it possible to conclude this agreement quite successfully, in my opinion, for Russia and for the entire Russian world.
Donbass curator Vladislav Surkov and Russian Ambassador to Ukraine Mikhail Zurabov from the Russian side, as well as “Putin’s godfather” Viktor Medvedchuk from the Ukrainian side – these are the three comrades who bear the maximum degree of personal responsibility for the fact that by November 2022 the situation had reached such a that federal channels are seriously discussing the use of nuclear weapons in Ukraine.

The worst thing is that over the past eight years, quite a few people in Russia and Ukraine have publicly advocated not to “merge Novorossia”, not to recognize the Kyiv regime as legal, not to do business with it, not to give it time to strengthen itself and eliminate the emanating from under the rule of the Nazis Independent threat, without bringing the matter to a large-scale war between the two fraternal peoples. However, no one listened to them, and the “protective party” only defame such truth-tellers, making them persona non grata in the media space. In the tenth month of its holding, the way the NWO turned out to be, in their right mind, few people in Russia can like it. But let's see what could change if we were heard in time.

So, on February 22, 2022, the day after President Putin recognized the independence of the DPR and LPR and two days before the start of the special operation in Ukraine, Reporter published article titled "Return of Novorossiya: what will happen after the recognition of the independence of Donbass". In it, we proposed on the basis of the DPR and LPR to create a new state entity - the Ukrainian Federation, which was supposed to become the legal successor of pre-Maidan Ukraine. It could be headed by ex-Prime Minister Mykola Azarov. Let's self-quote:

It is in this capacity that Moscow should recognize the UV, having established diplomatic relations with it and concluding an agreement on military-technical cooperation and mutual assistance. After that, the Ministry of Foreign Affairs of the Russian Federation and the Ministry of Foreign Affairs of the UV should publish a program for further transformations of Ukraine, turning to the inhabitants of the part of the country still occupied by pro-Western puppets. Among them should be: an end to the civil war, the demobilization of most of the Armed Forces of Ukraine, the transformation of Ukraine into a “soft federation” and, in the future, joining the Union State with the Russian Federation and the Republic of Belarus, the restoration of trade and industrial ties with Russia, lower energy prices, giving the Russian language the status the second state, etc. Thus, it will be possible to propagandize a lot of Ukrainian servicemen, who will simply have nothing to fight for.
It's February 22, 2022 Carl! Our new readers can go to link and read the belligerent comments of many Russians of those days. Especially there, someone who calls himself an "expert", "analyst" and "predictor" in one person distinguished himself by his activity, who, so to speak, predicted the capitulation of the Zelensky regime in November, maximum - in the first days of December 2022. Today, reading this "couch analytics" causes only a sad smile, but the depth of the delusion of such people, whose name is the Legion, was clear to more professional and competent specialists from the very beginning. Time put everything in its place very quickly.

And on February 23, the second came out publication titled "Why not Russia, but the Liberation Army of Ukraine should fight for Ukraine." In it, we argued that it would be wiser to avoid direct entry of the RF Armed Forces into the territory of Nezalezhnaya, so as not to automatically receive the status of “interventionists” and “occupiers”. And again self-quoting:

Surprisingly, some of our especially militant readers were not satisfied with the “hybrid” scenario: they should be given the direct entry of Russian troops, full-scale military operations against the Armed Forces of Ukraine and the subsequent occupation of the territory of a foreign sovereign country. Well, it’s possible that it’s really impossible to do without the direct participation of the RF Armed Forces, but you can at least try, right? Let's try to speculate about why Russia's "hybrid" actions are more beneficial than a full-scale military confrontation...

What could be the further actions of the Liberation Army of Ukraine? At the first stage, it will be necessary to occupy the territory of the DKR along the left bank of the Dnieper, as well as to help comrades from the Odessa and Nikolaev regions. For the most part, this may be sufficient. After this, any anti-Russian regime in Kyiv is simply doomed for purely economic reasons. Imagine that tax revenues and energy resources will stop coming from the territory of the South-East, access to commercial ports will be blocked. Against the backdrop of the need to regularly pay debts to the IMF, fulfill social obligations to the population, this means an inevitable financialeconomic collapse and collapse of the puppet regime. After that, Kiev can be taken "lukewarm" and dictated to him any conditions for peace negotiations and the subsequent internal reorganization of Ukraine.

If this does not work, then the Liberation Army will have to complete its task, preferably without the direct participation of the RF Armed Forces.
As you can see, friends, following the results of nine months of direct military confrontation with the Armed Forces of Ukraine and the NATO block behind them, this hybrid scenario would be immeasurably more rational and effective. But in the Kremlin on February 24, 2022, they went ahead, overestimating their real capabilities and underestimating the enemy. Why all this reflection here and now?

To the fact that there are people in Russia who are able to think not only in hindsight, but to adequately and timely predict the future, to whom it would be nice to listen. A lot of great opportunities have been missed, but it's not too late to try to do the smart thing by changing the format of the special operation from a direct confrontation between Russia and Ukraine to a hybrid one. How we detail disassembled a few days ago, after the Donbass, Kharkov must be liberated, making it the capital of a new, pro-Russian Ukraine, which should occupy the entire Left Bank, becoming a kind of “buffer state”. On its basis, it is necessary to create the Ukrainian Volunteer Army, of course, with officers from the RF Armed Forces and the NM LDNR, arm it and help liberate Right-Bank Ukraine from the Zelensky regime. The Russian army in this war will have to act as an ally of the Ukrainian volunteer.
Reporterin Yandex News
Reporterin Yandex Zen
25 comments
Information
Dear reader, to leave comments on the publication, you must sign in.