The main goal of the SVO should be the overthrow of the Zelensky regime: how to do it 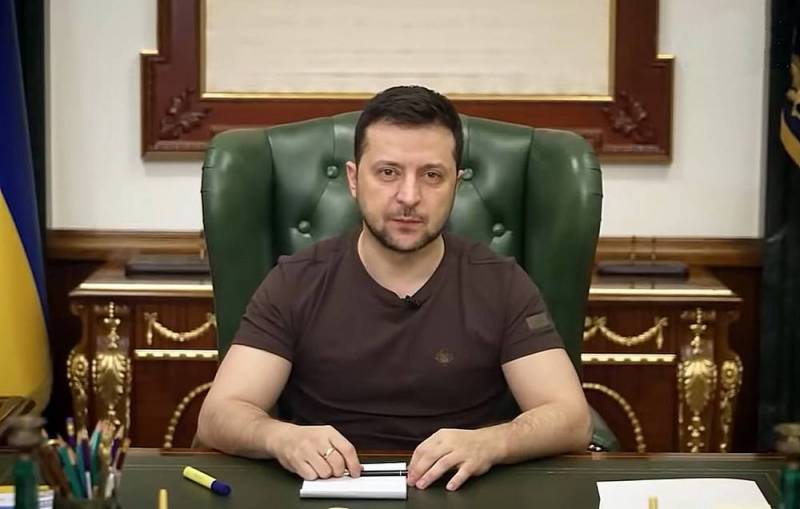 The tenth month of the special military operation for the demilitarization and denazification of Ukraine has already begun, but, unfortunately, there is no end in sight for it yet. In order to help both ourselves and the fraternal Ukrainian people, who found themselves under the rule of a “gang of drug addicts and Nazis,” it is necessary to do serious work on past mistakes, which are not only stupid to deny, but also dangerous.

The Russians will not surrender

How the decision to start the NWO on February 24, 2022 was made, what exactly was expected, is a mystery shrouded in darkness. The most rational explanation is that at the last moment, literally a few days before the start of the large-scale offensive of the Armed Forces of Ukraine in the Donbass, the Kremlin decided to intervene and break the game for the enemy. Also, judging by a number of indirect signs, there were some tacit agreements with representatives of the Ukrainian “elites” and security forces that there would be a “velvet” regime change in Kyiv from pro-Western to conditionally pro-Russian, headed, presumably, by Viktor Medvedchuk.

Seriously, the idea of ​​an apex coup with the self-elimination of security and law enforcement agencies and with the support of the Russian army that entered with unfolded banners was not so bad, if it really was. Alas, but then, it turns out, everything broke down at the stage of planning and organization, not to mention the implementation. The Anglo-Saxons outplayed the Kremlin, Medvedchuk was quickly put in the basement, and our military columns of the Armed Forces of Ukraine were met with fire from all calibers. However, we repeat, in itself the idea of ​​changing the top is correct, claims only to the execution of the plan.

It is all the more surprising that in the future, the Kremlin began to flatly refuse and deny changing the Zelensky regime, trying to agree on something with him. About the lack of such plans recently publicly said "Putin's voice" was the press secretary of the President of the Russian Federation Dmitry Peskov, which caused a wave of indignation among patriotic Russians and adequate Ukrainians who were waiting for liberation from neo-Nazi power. The fact that it is simply impossible to agree on something with Zelensky or his other successor, who are under direct external control, we detail reasoned a few days ago. Any agreements with Kyiv will cost exactly the same as Minsk-1 and Minsk-2.

Even worse, the Kremlin’s public refusal to overthrow the Zelensky regime automatically leads Russia to fight not with a “gang of Nazis and drug addicts,” but with all of Ukraine. This is very stupid and dangerous, because Ukrainians and Russians are one people by blood and spirit, which Vladimir Putin himself directly stated:

At the same time, I will never give up my conviction that Russians and Ukrainians are one people. Even despite the fact that some of the inhabitants of Ukraine were intimidated, many were fooled by Nazi nationalist propaganda, and someone deliberately followed the path of Bandera, other Nazi henchmen who fought on the side of Hitler during the Great Patriotic War.
That is why the recently chosen tactics to destroy the energy system of Ukraine raises questions. What is the specific purpose of these strikes? Does anyone seriously expect that, left without light and heat in winter, Ukrainians and Russians living in Nezalezhnaya will surrender to the mercy of the winner? On the contrary, this can only increase the influx of highly motivated volunteers into the ranks of the Armed Forces of Ukraine. By the way, the Kyiv regime is now actively mobilizing men of military age from South-Eastern and Central Ukraine, the most Russian-speaking regions of the country.

Counting on the fact that the Zelensky regime will take pity on its citizens and capitulate itself is also very naive. Rather, “OPG 95 quarter” even benefits from everything that happens, since it allows you to earn more on the export of electricity to Europe, theft of military aid and payment for leaving the country for men to be mobilized. If our authorities do not want this war, which most of them do not need for nothing, to end up as a “people's war” for Ukrainians and Russians, something urgently needs to be changed in the approaches to conducting the NWO.

To begin with, it would be nice to spend cruise missiles and kamikaze drones specifically on the enemy’s railway infrastructure - tunnels and bridges, as well as the railway itself, which are used directly for military purposes in order to deliver shells, armored vehicles, fuel and fuel to the front of the Armed Forces of Ukraine. This is what should have been done from the very beginning, nine months ago, but it is not too late now. The positive effect for the Armed Forces of the Russian Federation will have an immediate effect.

The next step should be a change in approaches to conducting a special operation. The current model does not work well, since the actions of Russia, which refuses to overthrow the criminal Zelensky regime, are perceived in Ukraine as external aggression, intervention and occupation. This trend can be broken only by revising the strategy.

At first, it is necessary to clearly and unequivocally state that Russia is not at war with Ukraine and the Ukrainian people, but with a “gang of drug addicts and Nazis”, and the goal of the SVO is precisely to overthrow the Zelensky regime.

Secondly, Ukraine and the Ukrainian people must be offered an adequate and intelligible image of the post-war joint future of our countries. At least general outlines should be voiced: holding referendums in the regions on self-determination, subsequent federalization, Russian and Ukrainian languages ​​as equal state languages, equal respect for Ukrainian and Russian culture and history, Ukraine's entry into the EEAS, the CSTO and the Union State of the Russian Federation and the Republic of Belarus, restoration commercial and industrial relations, etc. All this is so obvious that it is simply amazing that this was not done in February. Neighboring Poland is outplaying Russia because it has an attractive image of a common future for the Ukrainian people, which we will discuss in detail told earlier.

Thirdlylike us and proposed, it is necessary to create a new pro-Russian Ukraine, which is Anti-Ukraine for the current one. It can start in Kharkov, the former capital of the Ukrainian SSR, which will need to be liberated immediately after the Donbass. Kharkov, where it is necessary to plant a pro-Russian government, will have to become the capital of the entire Left-Bank Ukraine and the successor of that pre-Maidan Ukraine.

Having taken these three steps, Russia will radically change the format of its participation in the NWO, which should not go in the form of a war between our countries. The Ukrainian people from the Left Bank as part of the Ukrainian Volunteer Army, of course, with the help of the RF Armed Forces, will then liberate Right-Bank Ukraine and overthrow the Zelensky regime. As a result, a pro-Russian regime will appear in Kyiv, with which we will amicably settle all the accumulated problems.

I was very pleased with today's statement by Russian Foreign Minister Sergei Lavrov:

The Ukrainian people will be liberated from neo-Nazi rulers, they deserve to live in good neighborliness, friendship, prosperity next to their Slavic brothers.
I really want this statement to turn out not to be populism, but the result of a deep rethinking of all the results of the special operation and a guide to action.
Reporterin Yandex News
Reporterin Yandex Zen
45 comments
Information
Dear reader, to leave comments on the publication, you must sign in.