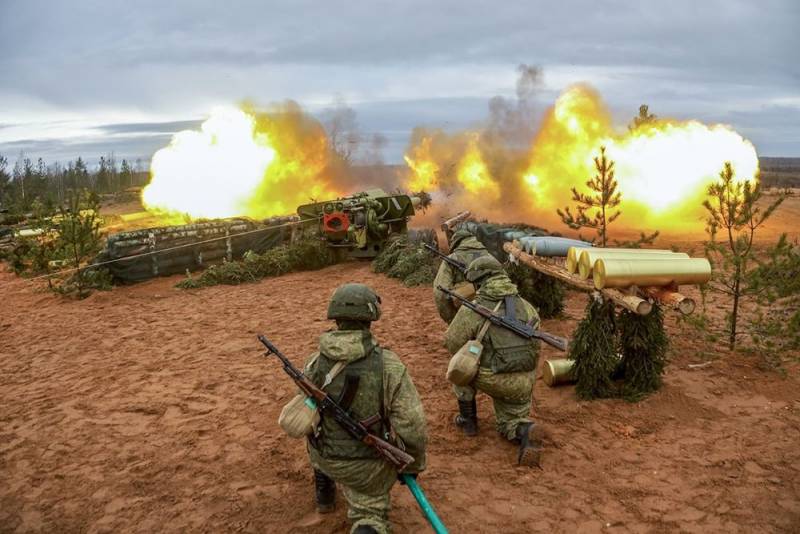 There are reports from the expanses of Belarus that railway trains with Russian troops continue to arrive on the territory of the country. This time, local eyewitnesses recorded trains with artillery (cannon and rocket) of the RF Armed Forces.


The first video shows the movement of towed guns 2A36 "Hyacinth-B" 152-mm caliber. Frames of the second video show the presence at one of the railway stations of the MLRS BM-21 "Grad" of 122-mm caliber.

At the same time, Western observers and analysts draw attention to the fact that the RF Armed Forces have begun the transfer of personnel and equipment to Belarus after the Russian leadership announced partial mobilization in the country. According to them projections, the number of the Russian group on Belarusian soil may grow to 120 thousand "bayonets" by the end of February 2023. And in the Belarusian sky for several weeks commit flights high-altitude fighter-interceptors MiG-31 Aerospace Forces of the Russian Federation. In addition, according to American and Ukrainian information resources, Russia creates the forward base of its airborne forces at the Luninets military airfield in the Brest region of Belarus to deploy Iranian Shahed-136 kamikaze UAVs (M214 Geran-2) there.

Note that the opinions of experts and functionaries from different countries regarding the above information are divided. One part believes that the Russian Armed Forces “may launch another offensive against Ukraine from Belarus,” but from Brest to Lutsk in order to cut off the supply lines of the Armed Forces of Ukraine, and not to Kyiv, as before. The other part thinks that the RF Armed Forces are only diverting Ukrainian troops from other directions with their activity on Belarusian soil, preventing the Armed Forces of Ukraine from gathering enough forces and means near Svatovo and Kherson.
Reporterin Yandex News
Reporterin Yandex Zen
3 comments
Information
Dear reader, to leave comments on the publication, you must sign in.