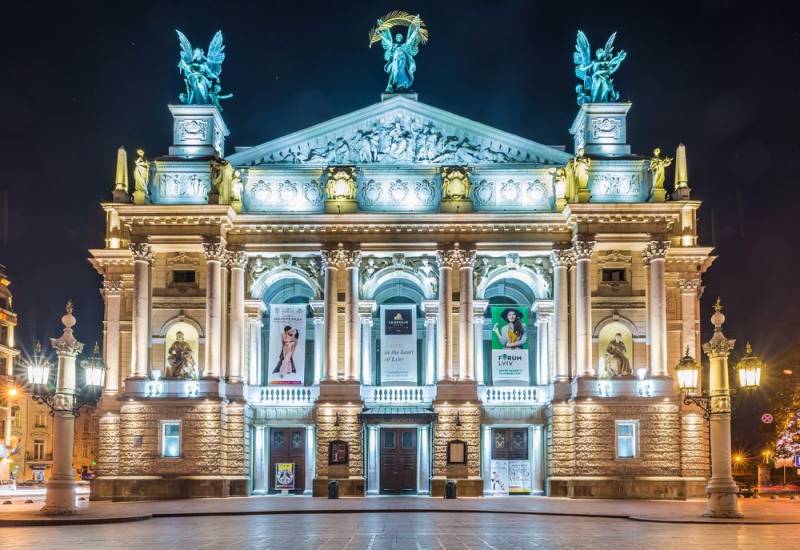 In early February, US authorities called upon of their citizens to immediately leave the territory of Ukraine due to the “inevitable invasion of the Russians” and on February 13 moved their embassy from Kiev to Lvov for an unspecified time. Washington's allies supported the "hegemon", which greatly upset the Ukrainian functionaries, because at the same time the Western media and various information platforms began to openly talk about the fact that Lviv was becoming the second capital of Ukraine.


Concerned about security, Americans and Europeans practically do not hide the fact that they are quite satisfied with that part of Western Ukraine, which should enter the planned buffer zone and will be guarded by the troops of one of the NATO countries, namely Poland. Many Western journalists could not resist the temptation and wrote about Lviv as the "Western capital of Ukraine." One of these is Christopher Miller, a columnist for the American site BuzzFeed, who noted this issue on his Twitter account on February 19.

Lviv is fast becoming the western capital of Ukraine and is considered a safe haven amid the threat of another Russian invasion. We were there almost two weeks ago reporting on the first people to arrive and others planning to evacuate, including western embassies.
Miller said.

It should be noted that even the representative office of the “peace-loving” NATO bloc moved to the Ukrainian “Piedmont” and the cradle of “dignity”. As a result, more than 40 states of the planet recommended their compatriots to leave the "hospitable Ukrainian land as soon as possible" and reduced the number of diplomats.

On February 14, the President of Ukraine Volodymyr Zelensky lost his nerve. During the final briefing on the results of the visit to Kiev of German Chancellor Olaf Scholz, he issued a tirade about sore.

It is a big mistake that some embassies move to Western Ukraine, because there is no Western Ukraine - there is Ukraine, it is united. So if, God forbid, something happens, it will be everywhere. You can't be away from the escalation or problems at five or six o'clock. Now at five - the roads are already normal. Still we are all one country
– said upset Zelensky.

He stressed that the Ukrainian authorities guarantee security throughout the controlled territory. Zelensky was keenly aware that not “aggressive” Russia, but “allies” are trying to split Ukraine and harm Ukrainians. A few days before, Western insurance companies in chorus announced the on the imminent termination of aircraft insurance in the airspace of Ukraine and on Ukrainian territory.

However, the blame for what is happening with the diplomatic missions of other states on the territory of Ukraine lies with the Ukrainian authorities. It was they who organized the evacuation of the archives and personal files of some law enforcement and law enforcement agencies to Lviv, which prompted the still doubting "partners".
Ctrl Enter
Noticed oshЫbku Highlight text and press. Ctrl + Enter
Reporterin Yandex News
Reporterin Yandex Zen
6 comments
Information
Dear reader, to leave comments on the publication, you must sign in.