"Corn" An-2 found a replacement

November 7 2018
2
The question of replacing the Soviet An-2, known as "Kukuruznik", "Hole" or "Annushka", has ripened in Russia, in the countries of near and far abroad, for a long time. We can say that it is overripe, since for the first time this multi-purpose single-engine and necessary in the national economy biplane flew up to the sky in the distant 1947. 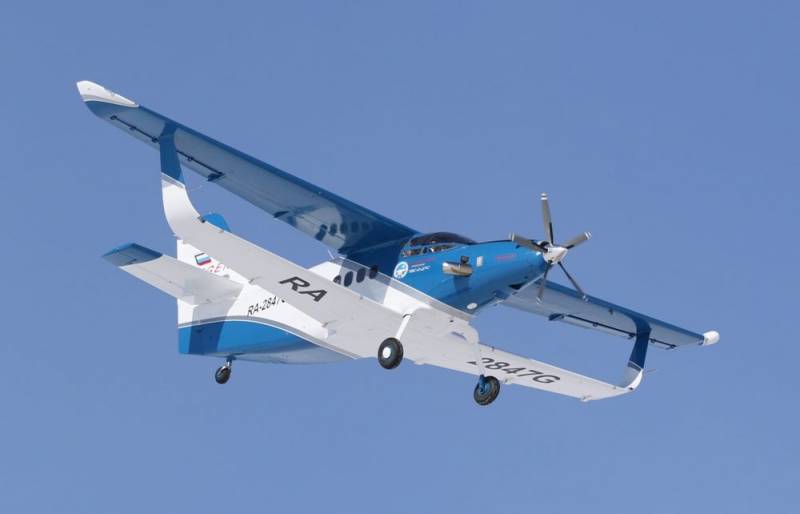 And now, at the 6th international aerospace show AirShow China 11, which is being held from November 12 to 2018 in the Chinese city of Zhuhai, the representative of the Russian Helicopters holding said when the long-awaited replacement of the An-2 will finally appear. It turned out that the production of three prototypes of the Baikal light-engine all-composite aircraft (TVS-2DTS), which first flew into the sky in July 2017, will begin in 2020 at the aircraft plant in Ulan-Ude.


Moreover, their serial production will be launched in 2021 and the first operator will be the Polar Air Company from Yakutia. It should be noted that before this it was a question of mass production, 25-30 units per year, which can be started from 2019, even in small enterprises with 80 employees, technology allows, this is not a fifth generation fighter.

TVS-2DTS “Baikal” was specially developed by the Siberian Research Institute of Aviation named after Chaplygin to replace the "Corn". After all, they are still operated by regional aviation in remote and inaccessible places. “Baikal” is equipped with a Honeywell TPE331-12UAN turboprop engine, which has been available in different versions since 1999 and has a capacity of up to 1650 hp and is installed on the MQ-9 Reaper drones.

By the way, An-2 is still produced in China. And earlier we Reported on the development of the Russian-Chinese wide-body long-range CR 929 airliner, which can “move” Boeing and Airbus. And how on the basis of the Mi-26 developed heavy Russian-Chinese helicopter AHL.
Ctrl Enter
Noticed oshЫbku Highlight text and press. Ctrl + Enter
We are
The largest Russian banks will be engaged in air transportation
No panic: imports to Russia fell for the first time in two years
Reporterin Yandex News
Read Reporterin Google News
2 comments
Information
Dear reader, to leave comments on the publication, you must sign in.