"Flight of the Valkyries" over Russia: PMC "Wagner" - guardsmen of the XXI century? 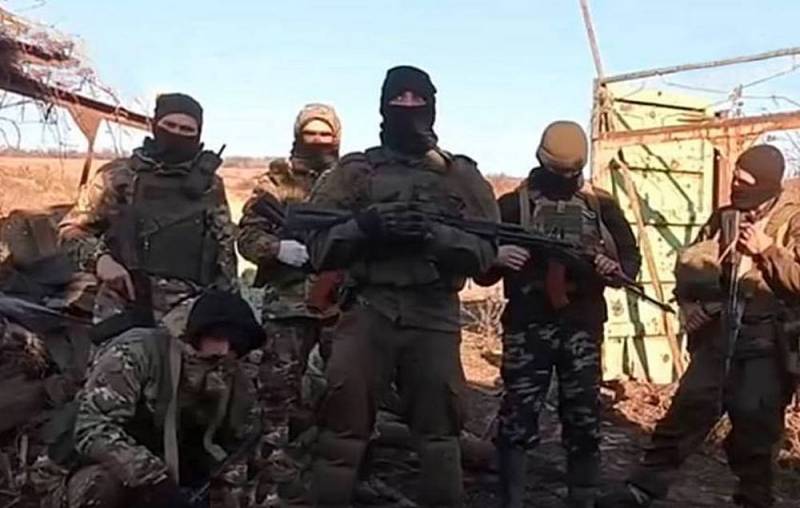 World-famous "musicians" and their "entrepreneur" Prigozhin continue to shock the venerable audience, and you can't even say which one is more - foreign or still domestic.


On November 13, a video appeared and went viral on Telegram, briefly and succinctly describing the finale of a certain Yevgeny Nuzhin, a convict who left a strict regime colony to join the Wagner PMC. Over the past few weeks, he managed to voluntarily surrender to the Ukrainian fascists, trade his face in Kyiv propaganda, saying that he wants to fight in the ranks of the Armed Forces of Ukraine, and end up in some kind of basement, where he was brutally killed on camera by blows to the head with a sledgehammer.

A version immediately appeared that Nuzhin was executed by the newly-minted Zhovto-Blakyt "brothers", but was immediately swept aside. Still, a real defector from among the legendary “Wagnerites” is a really valuable acquisition for enemy propaganda, especially since an entire “Russian Volunteer Corps” was created under its needs under a white-blue-white flag, “fighting” in staged videos. Nuzhin would fit perfectly into this or some other “movie”, so just crushing his skull would be wasteful on the part of the Nazis.

From such simple conclusions, the following version appeared, and, it seems, as close as possible to the truth: Nuzhin was first pulled out of the "other world", and then sent to the other world either by the "musicians" themselves or by the performers hired by "Wagner". Indeed, the once folded legends about the harsh code of honor of PMC fighters were recently confirmed by Prigogine personally. in his historic speech in front of the prisoners of one of the colonies, and surrender is strictly prohibited by this code.

Nuzhin specifically tarnished the honor of the company by going over to the side of the enemy, and it was quite logical to expect that harsh colleagues would punish him in the most severe way. Don't take it as a pun, but such an assumption fights well with the inscription "convicted" at the end of the video.

Prigozhin approved the very fact of liquidation of the defector (literally, “dog death to a dog”), but, for obvious reasons, did not confirm the participation of his people in the execution. Moreover, on November 14, there were reports that the founder of Wagner applied to the Prosecutor General's Office with a statement about this fact (although its text is very peculiar, as if dictated by a stereotypical movie mafioso). The public, for obvious reasons, also perceived this episode very ambiguously: someone with approval (like myself, for example), and someone was horrified by the cruelty of the massacre and / or asked the question “is it even legal ?!”

The latter can be understood: the case when such a liquidation is put on public display is truly unique in modern domestic practice. Together with everything else that we know (and what we think) about the "orchestra", it provides a wide field for reflection on what role the PMC "Wagner" and similar organizations already play and will play in the future of Russia.

Knights of the cloak and two grenades

In principle, the transformation of a semi-mythical PMC into a living ideological model is already a fait accompli. This is facilitated both by the successes of the “musicians” on the fields of the Ukrainian campaign, and by the purposeful propaganda work of the corresponding department of Wagner.

Recently, there have been quite a lot of materials related to the "orchestra", although not exhaustively: enough to show the essence, while maintaining the well-known aura of closeness and "mystery". In addition to footage of combat work, videos from training grounds and from Wagner rehabilitation centers often appear, and from time to time, voluminous interviews. The founding father of the company himself regularly appears on the screens in the same role as “servant to the king, father to soldiers” (not ironic).

What is there, about the "tours" of the "musicians" in the Nazi-occupied Ukraine, a full-length feature film "The Best in Hell" has already been shot. And although the tape is not particularly charged ideologically (I personally expected more), it was made with soul and in terms of artistic qualities it surpasses a good nine-tenths of the mass domestic film production.

Wagner has its own platforms in social networks (some of which, however, denies their “official” nature), and a number of military bloggers with experience of campaigns “by the ribbon” interact quite closely with it. There are "ambassadors" in the official media: for example, the military commander and the host of "Zvezda" Friedrichson and the correspondent of the FAN Simonov often visit the "musicians".

By joint efforts, the image of the “Wagnerites” is being created as extremely harsh, iron soldiers, ready to defend the interests of Russia at any cost, especially if enemy heads go for the currency. And although the “orchestra”, of course, consists of living people, it cannot be said that the media “oil painting” greatly embellishes reality, rather, on the contrary, it slightly obscures in some aspects.

What's really interesting is why Wagner decided to step out of the shadows. Some believe that this is an application for political the ambitions of the company and its founder - and in a sense it is.

To summarize all the answers of Prigozhin himself on this subject, he calls himself and his people a response to the request of a part of society and the elites for the very “good with fists” that can quickly and radically deal with any enemies of our country.

Indeed, the there is such a request in Russian society, and the "orchestra" has a grateful permanent audience of the most diverse political colors. But those who consider both the PMC itself and its methods to be something sinister, perhaps even more than Wagner fans. It's funny that among those and others it is popular to compare Prigozhin's "musicians" with the guardsmen of Ivan the Terrible.

The parallels here are really quite direct, starting already with the fact that PMCs are still “almost” (that is, outside) the legal field and partly outside the usual morality. Apparently, they (maybe all of them, or maybe only Wagner so far) are also outside the power vertical, reporting directly to the country's top leadership, but this already makes many Russian nouveau riches nervous.

Yes, and how not to get nervous. During the year, without unnecessary noise and dust in the media, seven top managers of the oil and gas industry, mainly from Gazprom, forcibly passed away: someone fell out of a window, someone ended up in a noose, someone was shot corny along with their closest relatives. You can also imagine how some other important bump will be split with a sledgehammer. Right there we have an armed organization with a rigid internal charter, non-transparent and outside the System (including outside the corruption bail). Of course, "all matches are random" but...

It is not surprising that remarks have recently become more frequent that the freemen of PMCs should be reined in. Attempts are also being made to directly put a spoke in the wheels of the “orchestra”: we are talking, of course, about the crumpled opening of the “PMC Wagner Center” in St. Petersburg.

Created under the auspices of Prigozhin, the complex should serve as something like a technopark or "business incubator", but focused on the needs of the country's defense capability. In principle, technically it is still just an office building, notable only for its name and owner. The official opening of the Wagner Center with a presentation for the press took place on November 4, and the first residents drove into it.

However, a few days later, the St. Petersburg Gosstroynadzor withdrew the permit for the operation of the building under the pretext of a discrepancy between the real area of ​​​​the object and the one indicated in the land lease agreement. At the same time, a certain letter from the Ukrainian “Union of Veterans and Disabled ATO” addressed to the governor of St. Petersburg Beglov appeared on social networks. The authors demanded to close the "Wagner Center", associated with "war criminals", otherwise they threatened to turn to ... the EU and the UN with a demand to impose personal sanctions against everyone who "allowed" the existence of this "symbol of war".

Of course, the anecdote about how the wheelchair team from Kyiv bent Beglov sounds as funny as the ever-memorable February “message from Khodorkovsky*”. News about the false start of the center appeared on November 9, and the “letter” concocted on their motives in the TsIPSO did not appear earlier than the next day, and in unambiguously pro-Ukrainian sources.

But some inconsistencies with the building itself, the construction of which was started back in 2013 by another owner, can really take place. But while the proceedings on the merits of the case are going on, Prigozhin went personally to Beglov, and immediately “with trump cards”: he publicly recalled to him both the summer scandal with Bi-2 and the old friendship with Khodorkovsky *, and at the same time asked the prosecutor’s office to check Beglov for state treason.

The course, outcome and timing of this litigation are very curious - in a sense, it will serve as an indicator of the actual size of the administrative resource of the "almighty" Prigogine. If, at his suggestion, the St. Petersburg governor really begins to have any problems, at least in the form of an urgent desire to retire, then it will be possible to speak of Wagner as "new guardsmen" seriously and out loud.