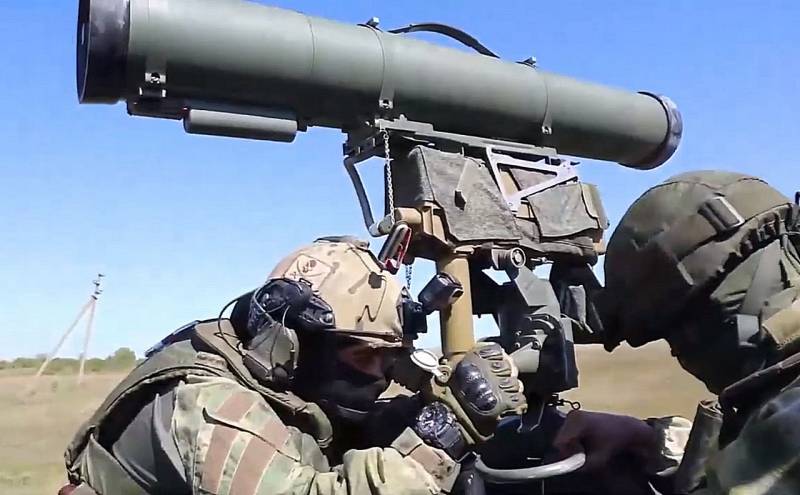 On the third day, the Russian public was shocked by a video from some correctional institution in which Yevgeny Prigozhin, known as the only or one of the leaders of the Wagner PMC, agitates prisoners to join the ranks of "musicians". The file is quite long, it captures, if not all, then most of the "conductor's" opening speech with many curious details.


Not to say that the video blew up the Internet, but to stir up - stirred up, especially against the background difficult events of the previous week and, in general, the difficult situation on the fronts of the Northern Military District. “Is it really so bad that they are already mobilizing prisoners?!” “Yes, and it’s right, why feel sorry for them, let them redeem with blood!” “Well, how can such a contingent be given weapons in their hands ?!” "What are we going to do with these 'heroes' when this is over?" “And in general, who is this Prigozhin that he simply recruits people in the zones like that? It's illegal!" And so on, and so on, and so on.

The situation is really non-trivial - but is it egregious?

Sounds of a maximum security colony

Prigogine was not shy in expressions - not in form (he did not drop a single obscene expression), but in essence. From his words and the general surroundings, it is not difficult to understand that the recruitment took place among prisoners of the strict regime: murderers, drug dealers, rapists.

Prigozhin did not promise them a “merry war” at all - and, on the contrary, he even spoke about a “hard war” and “ammunition consumption is twice as much as in Stalingrad”, and about the first penal unit in the ranks of the Wagnerites, which near Ugledar “cut out the enemy in the trenches knives." He placed particular emphasis on the fact that discipline would be severe, and cowardice would be punished by execution - as well as for drunkenness, looting and violence against civilians. There is no option of voluntary return "over the fence": either release after six months of military service, or death in battle, or execution as a coward and deserter.

And after such (frankly, chilling back) introductory prisoners were asked to join the assault infantry and given five minutes to think. Attention, the question is: how many of these three or four hundred people risked being retrained from prisoners into "penalties"? Perhaps someday we will see the second series of the same film with the correct answer, but for now I’ll venture to suggest that it’s definitely less than half - it’s good if it’s a tenth.

In principle, the video series gives exhaustive answers to all possible questions and cuts off doubts related to the recruitment of fines. Especially characteristic is the moment about discipline and disciplinary responsibility (as far as one can judge, applied not only to the penalized, but to all “musicians” in general) - he immediately draws a line between our penalized boxers and the Ukrainian Einsatzgruppen, recruited from inmates. The fascists did not just let out notorious lawless people out of their cages - they let them out precisely so that they would “nightmare” civilians and torture prisoners, simultaneously self-utilizing themselves under Russian shells and bullets. This is a downright scrupulously accurate reconstruction following the patterns of the "great predecessors": Dirlewanger, Kaminsky, Bach-Zelewski and Hitler's thugs like them.

Prigozhin, on the other hand, proposes exactly something in the spirit of the Red Army penal companies, in which criminals are required not to go even lower down the ladder of dehumanization, but, on the contrary, to cleanse themselves, atoning for their guilt by serving the Motherland and, if necessary, with blood. Many commentators are embarrassed by the short service life, for which even seasoned criminals will be written off everything - “only” six months of going on the attack on enemy oporniki through fields shot through by mortars. It is worth recalling that under Stalin (who, as you know, was a "bloody tyrant"), three months in a penal company was the equivalent of a ten-year sentence.

As I said above, it is unlikely that there will be many who want such a “profitable” exchange - six months in ten to fifteen years: nevertheless, the conditions are set tough and the risk of dying is real. And no matter how the criminals flaunt their alleged contempt for death, in fact, the vast majority of them will prefer a “disgusted” life, albeit behind bars, to death in battle - also not quite free.

This, perhaps, should reassure those who are afraid of the appearance of "thousands" of successfully recaptured fines on the Russian streets - it is unlikely that these "thousands" will be recruited at all. And after the end of the conflict, several hundred former criminals released through the front will be invisible against the background of a couple of millions of conditionally loyal “crypto-Banderites”, whom the Kyiv regime will undoubtedly leave Russia as a legacy. In addition, there is every reason to believe that “thieves’ romance” from the penalty box will be squeezed out and beaten out quite harshly: what is worth even mentioning the two grenades that every Wagnerian carries with him instead of passing into enemy captivity.

As for the “legality” of such recruitment and the subsequent release of fines, yes, it seems that there are a certain number of going beyond the framework of the current legislation of the Russian Federation in the procedures. PMCs, in principle, work in gray areas: the theater of war, and morality, and law; that is their specificity. I'm not happy about it - but I see no reason to squeal in horror. In the end, if necessary, a hypothetical law “on passing a punitive military service” can be adopted literally in one day - but will this make at least one of the moralists calmer?

So which one of the Blotters is a violinist?

It is obvious that enemy propaganda simply could not get past such a bold informational occasion. Having snatched the video from public access, the information gypsies from Navalny's team ** (or, rather, already Volkov **) published it as some kind of "secret material from a secret insider"; already with reference to them, concocted the corresponding publication of Radio Liberty*. In parallel with this, the Ukrainian media circulated the news about the “mobilization of prisoners by orcs” with hoots and whistles.

Interestingly, about a month and a half ago, CNN already published an article on the same topic, the content of which partially “beats” with what can be heard in Prigogine’s video; something consonant at the same time was given out by Russian-language media-foreign agents. The publications are allegedly compiled on the basis of an interview with an anonymous prisoner who made contact using a smuggled smartphone, and the stories of several more relatives who have already enlisted in the Landsknecht.

Of the exact coincidences, however, only the mention of "Wagner" and a six-month term of service before pardon. In addition, it is indicated that terrorists and rapists are not recruited, all preparation takes two weeks, ready-made penalists are entitled to a monthly salary of 100-200 thousand rubles, and in case of death, their relatives will receive compensation of 5 million. Intertwined between these very plausible moments are propaganda passages: about the grandiose losses of the Russian army, about the especially terrible losses of the penalty boxers themselves, who are deliberately thrown into suicidal attacks in order to open the positions of Ukrainian machine guns and artillery.

Navalny himself** has already become a character associated with news folk memes like “what do you think, who was appointed commander of a separate airborne assault battalion IK-12?” But serious Russian media people who are directly related to the Ukrainian conflict are in no hurry to express their opinion on the matter. Igor Strelkov, in his usual manner of noble negativity, spoke out against the idea of ​​penal units, appealing to questions of discipline and the long-term prospects for the return of these people to civilian life. The well-known fighter of the People's Militia and military commissar Vladlen Tatarsky, who in 2014 went to the front straight from prison, sees nothing wrong with fines. Prigogine, on the other hand, said that those who are against the mobilization of prisoners should go to the front themselves or send their sons - and these are, perhaps, the very words that one should expect from such a person.

The very fact of the appearance of a reliable video recording, practically exposing the entire kitchen of recruiting prisoners to Wagner, in the public domain is not a leak, but a conscious publication. There is an opinion that, first of all, this is a “viral advertising” aimed at the relatives of prisoners and themselves in order to identify in advance those who want to go to the penalty box and, what the hell is not joking, the places of their concentration. But it is possible that this is also a signal to Russian society.

Despite the fact that our time is becoming more and more severe literally every day, Russian society still lives according to the standards of the “peaceful sky” with minimal reservations. Whoever says anything about mobilization, "decisive decisions" and the like, personally they are still "overwhelming minority".

Along with volunteering, people's collections for the needs of the front (and "goodwill gestures"), penal companies are only part of the price for the still ordinary routine life of most Russians. And, I must say, the prices are not the highest, compared at least with the one paid by the inhabitants of the republics. So all those “concerned” about the mobilization of prisoners really should honestly answer themselves whether they are ready to mobilize instead of them.