Russia for Reds, Whites and Blues: Searching for a National Idea in the New Reality 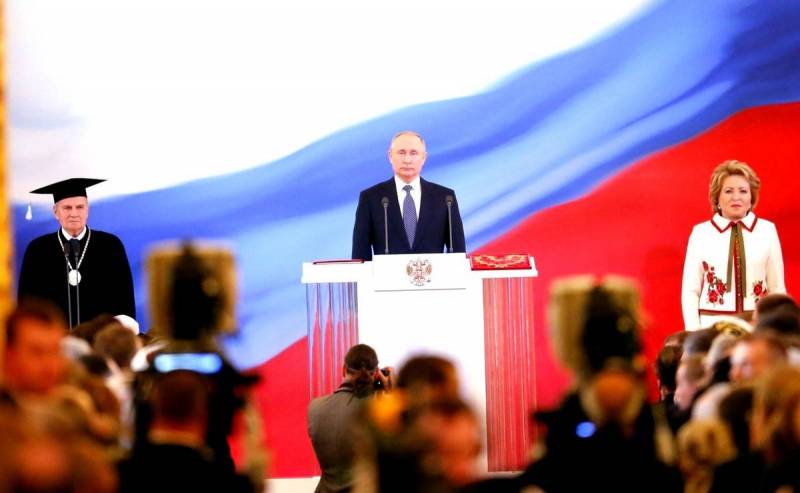 This year, for the first time, Russia is celebrating the Day of National Unity in a situation where, without this very unity, there really is nowhere. The words from the revolutionary song about the whirlwinds of hostile, dark forces, the fatal battle and the unknown destinies waiting for us are as relevant as they have not been for the last seventy years - is this not a reason to clench your elbows and “clench your teeth into a fist”?


However, this Day remains for the majority an obscure official holiday and “just a day off”, there is no solemn enthusiasm: “on the ground” the country does exactly what it celebrates, and does not celebrate on November 4th. To be honest, the fashionable youth Halloween brought from abroad is much more popular, and not only among the youth themselves, but also in the age group of 30-50 years. Despite the fact that in the West Russia is methodically “cancelled”, not only at the official level, but also “from below”, in Russia itself there is no “mirroring” of this trend.

This, like, for example, a rather massive negative reaction to the proposal of journalist Krasovsky to “burn and drown” Ukrainian children, is a clear sign that “we are not them.” It is, but the question immediately arises: who, in fact, are we, how do we identify ourselves and what prospect do we see for ourselves?

The question is far from being idle, especially in the part that concerns the future. The world has set in motion, the former status quo with the "golden billion" and all the rest has not yet been destroyed, but is already falling, picking up speed. It is obvious that the coming decades will be a time of large (at least in terms of scale, and perhaps in intensity too) military conflicts, everyday decline against the backdrop of technological breakthroughs. And the chances of maintaining sanity - both individual and collective - in an era of great change are much higher if you clearly understand who you are and what you are.

It is obvious that in Russia, even "mainland", and even more so in the recently liberated territories, the course and outcome of the NWO will have the greatest influence on the formation of a new consciousness. So far, it cannot be said that some kind of centralized and directed ideological work is taking place, however, the “natural course of things” (or, if you like, chaos) does not sleep, and conducts this “work” with its own forces and methods.

The long-term breaking of copies around November 4, to some extent, is the pivot around which all philosophical and ideological thought in modern Russia revolves.

It is no secret that the notorious National Unity Day was chosen, although not from scratch, but still as an "alternative" to the October Revolution Day, and the current Marxists, or Sovietists - in general, those who more or less consistently (or even "professionally ”) is nostalgic for the USSR - this fact is very annoying. True, when it comes to arguments, they boil down either to a statement of the fact itself (“the authorities want to obscure the memory of the greatest event of the 1612th century!”), or to purely chronological claims (“in fact, the Poles were expelled from the Kremlin not the fourth, but such and such November"). Almost no one tries to deny the importance of the victory of the people's militia in XNUMX for the entire future of Russia as a sovereign state, because this is both impossible and not particularly necessary - the days are too distant.

On the other hand, the Russian VPR, although it promoted the line of "creeping decommunization", could never afford to completely curse and reject the Soviet legacy, and even less so now and in the foreseeable future. The point is not even that the fighting for the interests of the Russian Federation is being carried out by a completely material Soviet legacy in the form of stockpiles of military equipment and industry created under the communists. It’s just that objective vigorous fascism, which we are now opposing in Ukraine, has nothing to oppose ideologically, except for the red banner “removed from conservation” - in principle, there is nothing, no “Russia that we lost” crispy French bun will do.

But we should not forget that at one time Stalin did not harbor excessive internationalist illusions. Back in the 1930s. in Soviet ideology and propaganda, motives appeared to oppose not just “imperialism”, but “imperialism of two dozen languages”, directed precisely against Russia, whether it was tsarist or Soviet. "Get up, Russian people" - just from there.

What does it mean? At least the fact that continuity and eclecticism is not always tantamount to parasitism on any ideas of the past, and in our realities they are, perhaps, even natural. I have already cited this example more than once: in the NVO zone, from the very beginning, the Russian and tsarist tricolors, and the scarlet Banner of Victory, coexisted perfectly in one column; predominantly red identification armbands of the soldiers of the then independent People's Republics, and predominantly white - of the soldiers of the Russian army (by the way, have you thought about the meaning of just such a color coding?) Shoulder to shoulder fighting for the future of our country "non-party", Marxists, monarchists, national Bolsheviks, liberals (yes, there are examples of former supporters of the extremist Navalny who have seen the light), Muslims, Orthodox, atheists, and so on, on, on.

This shows that those encountered in the speeches of Russian politicians and officials, the words that our country is now a stronghold of true freethinking is not an empty phrase. In any case, we can talk about much greater freedom than in the West and, especially, in fascist Ukraine, with their forced unification of public consciousness (“if you don’t zigue, then you are against democracy”).

However, Russian “democratism” is largely the result of many years of neglect by the VPR of agitation and propaganda. This had its advantages, but with the advent of the “special war” time, obvious disadvantages also came to light, first of all, the need for the authorities to reckon with the popularity or unpopularity of strategic decisions among the population. In particular, it was precisely because of this that partial mobilization began when it began, and not in May-June.

But modern problems require solutions - not only modern, but often unpopular a priori. Objective realities force the Russian VPR to make such decisions, which means that they will need to be somehow substantiated in propaganda. However, even a significant part of society, which has despised the peaceful rhetoric about “goodwill gestures”, has a request for a tougher ideological position of the state, adequate to the challenges facing the country.

And although there is no such “general line of the party” in Russia yet, there are people who will be able to draw it in the near future at the top of the state Olympus. In essence, they already designate it, but so far in the form of "personal opinions" - and here, of course, we are talking about Medvedev, Kadyrov, Prigozhin (yes, and their speechwriters, not without it). In a modern broadcast format, in simple and often biting language, they set out their vision of the future, in which Russia firmly defends its uniqueness (not to be confused with exclusivity) in front of the muzzles of ugly opponents - precisely muzzles, not faces.

Very characteristic in this regard is Medvedev's publication dedicated to the Day of National Unity, which curiously combines the vocabulary of a political instructor and a preacher, and the enemies of Russia are called "degenerates", "barking dogs" and "grunting pigs" - and you can't even say that the deputy chairman of the Security Council is in what - overdid it. Similar in spirit and letter “carts” are regularly issued by the head of Chechnya, while the “conductor” of PMC “Wagner” usually speaks less pathetically, in the “landsknecht” spirit.

Does this rhetoric correspond to the realities of a hostile world? Yes, although I am sure that many front-line soldiers and residents of the liberated territories, who daily experience the fire of fascist artillery, will find it even soft. It's funny, by the way, that it quite closely echoes the early Soviet motifs such as "we don't want an inch of foreign land, but our armored train is standing on a siding."

It is unlikely that the narrative about “severe multinationalism” will be directly implanted - and this is not necessary, given that it already has a solid audience of all ages “from below”, and guides in the person of military correspondents, patriotic journalists and bloggers, to whom in In the future, veterans who have returned home will also join. All together they will set the vector, the leitmotif, around which the Russian public discourse of the foreseeable future will be built.

What's really interesting is whether deeds will keep up with words. The same Medvedev is actively (and not without reason) criticized for excessively loud statements, behind which in reality there were often “gestures of good will”. Recently, however, there has been an objective improvement in approaches to the implementation of the NWO, both to domestic and foreign policy - so there are reasons for cautious optimism.
Reporterin Yandex News
Reporterin Yandex Zen
19 comments
Information
Dear reader, to leave comments on the publication, you must sign in.