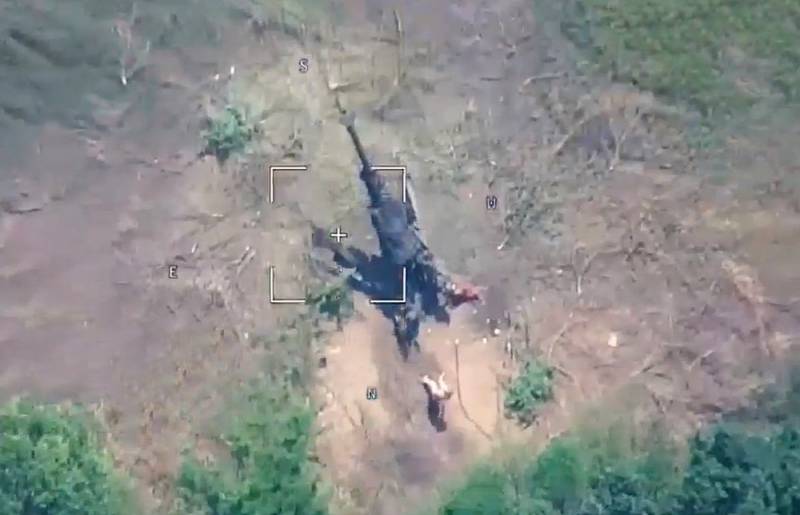 During a Russian special operation on Ukrainian territory, a real hunt was declared for American M777 howitzers of 155 mm caliber. A video appeared on the Web showing the destruction of two similar towed guns at once in the zone of the NWO.


On the footage of their combat work, the operational-combat tactical formation (OBTF) "Kaskad" of the DPR Ministry of Internal Affairs demonstrated the detection and destruction of the mentioned cannon artillery systems using Russian kamikaze UAVs (loitering ammunition) "Lancet". The video shows how observer drones detect enemy artillery crews, to which the Lancets then rush. At the same time, the elimination of weapons is confirmed by the data of objective control.


Moreover, this is not the first time that the indicated unit of the DPR Ministry of Internal Affairs destroys the M777, but then it carried out another way. At this rate, the Armed Forces of Ukraine may soon be left without such howitzers that are able to use high-precision guided active-rockets (ARS) of extended range M982 Excalibur ("Excalibur") made in the USA. For example, recently in the process of hostilities in just a day, other Russian units neutralized on different sectors of the front, three M777 units, transferred to the armament of the Ukrainian army by Western countries.
Reporterin Yandex News
Reporterin Yandex Zen
4 comments
Information
Dear reader, to leave comments on the publication, you must sign in.