Why Trump believes Putin's involvement in poisoning in Britain

October 15 2018
2
The world of big geopolitics brings one surprise after another. US President Donald Trump did not have time to report that Saudi Arabia should not be punished with sanctions for the murder and dismemberment of a journalist at the embassy of this country in Turkey, as he spoke on the subject of poisoning in British Salisbury. 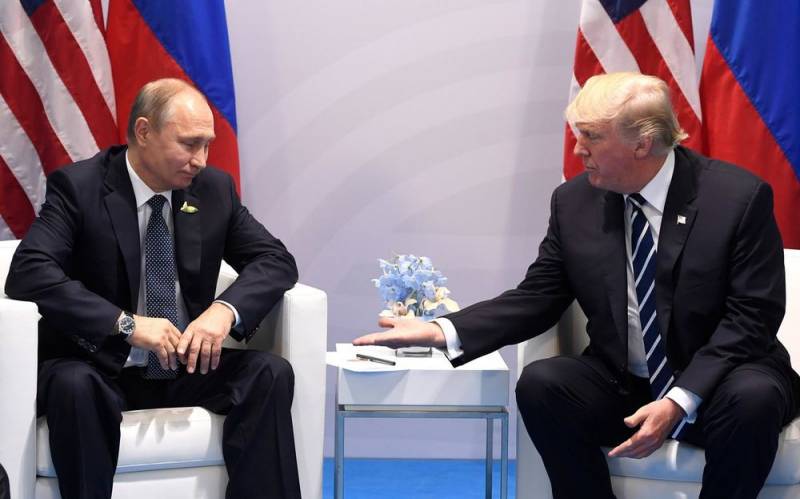 According to Trump, Russian President Vladimir Putin is "probably" related to a series of poisonings in the UK. And when he was asked to clarify the word "probably", he made it clear that he trusted the information of the British side.

Probably! But I rely on them, it’s not in our country
- stressed Trump.

And you can argue as much as you like about the fact that all the allegations of London attributed unreasonably to Moscow are blatant, not disguised and cynical lies, and the “argument” in the form of highly likely (“very likely”) does not stand up to criticism. The United States and Great Britain will adhere to their point of view, because it is beneficial for them. No wonder they organized all this.

There is an explanation for this. The thing is that London and Washington really do not want the rapprochement of Moscow and continental Europe, where Berlin rules. And the idea that a full-fledged alliance may arise between Russia and Germany generally causes Anglo-Saxon hysteria.

This is precisely the main reason for all the information booth and anti-Russian bacchanalia that appeared not yesterday, but have been observed for the past hundred years at least. All of them are aimed at making Russia in the eyes of Europeans look like an "empire of evil." And then there will be no rapprochement of Europe with it. Divide and conquer, it looks that way.

For achievements To this end, London and Washington are ready to go to any meanness. Kill anyone and anything. At least all of Salisbury poison, at least all of Syria. And then, with the help of part of the European elite and media controlled by them, they will create public opinion by once again convincing Europeans that Russia is an enemy. And that will not stop Trump again meet up with Putin and try to shake his hand.
Ctrl Enter
Noticed oshЫbku Highlight text and press. Ctrl + Enter
We are
Why London is diligently driving a wedge between Brussels and Moscow
Did the British reveal the true identity of Alexander Petrov from Salisbury?
Reporterin Yandex News
Read Reporterin Google News
Ad
We are open to cooperation with authors in the news and analytical departments. A prerequisite is the ability to quickly analyze the text and check the facts, to write concisely and interestingly on political and economic topics. We offer flexible working hours and regular payments. Please send your responses with examples of work to [email protected]
2 comments
Information
Dear reader, to leave comments on the publication, you must sign in.