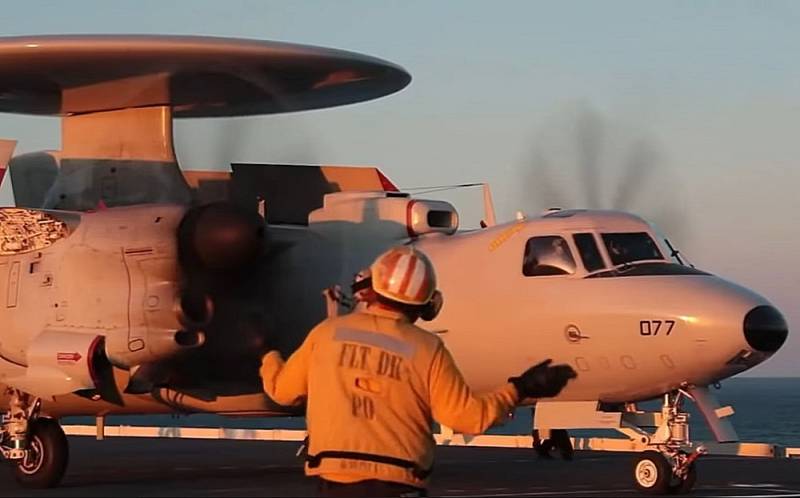 I would like to remind you that we talked about the presence of serious problems in this component back in article dated November 9, 2021, when they counted how many AWACS aircraft Russia has. According to open data, in our country there are only 9 old Soviet AWACS A-50 aircraft made on the basis of the Il-76, of which only 4 have been upgraded to the A-50U level. But even these aerial reconnaissance aircraft, capable of monitoring the situation in the sky, at sea and on land, as well as providing target designation data to strike and anti-aircraft missiles and comprehensively managing the battle as a mobile command post, are inferior in terms of their tactical and technical characteristics to the American AWACS E-3 Sentry aircraft. .

The promising Russian AWACS A-100 Premier aircraft should become a real competitor to it. He will be able to control the situation within a radius of 650 kilometers and simultaneously conduct up to 300 targets while in the air for up to 6 hours. However, due to the large technical The complexity of the Ministry of Defense of the Russian Federation has not yet waited for the long-promised aircraft. Sooner or later, all problems will be eliminated, but you should be aware that this air reconnaissance aircraft will be very expensive and in reality there will not be as many of them in the troops as we would like.

In addition to this miracle aircraft, more massive and cheaper AWACS aircraft are needed to buy and maintain. Let them be inferior to the "Premier" in terms of tactical and technical characteristics, but they really should be at the front, where without them the effectiveness of military operations is sharply reduced, but vulnerability increases compared to the enemy for whom NATO AWACS work.

So what kind of plane could it be?

Here I would like to turn again to the American experience, since the United States is objectively the world leader in this component. The air forces of the countries of the NATO block have numerous AWACS E-3 Sentry aircraft, but the US and French navies have carrier-based AWACS E-2 Hawk Eye aircraft.

The latter is an exceptionally "rare beast", a niche product that is required, it would seem, only in an aircraft carrier fleet equipped with catapults to take off these heavy aircraft. The Americans have such aircraft carriers and the French have one. However, Paris wants to build a second nuclear aircraft carrier larger than De Gaulle. The presence of their own carrier-based AWACS aircraft radically increases the capabilities of the American and French AUGs to conduct combat operations at sea. However, this is far from the only area of ​​their possible application.

Thus, during the 1982 Lebanon War, the Israeli Air Force actively used the E-2C Hawkeye AWACS aircraft to guide missiles to the target, dramatically increasing the effectiveness of their operations. AWACS were outside the enemy air defenses and controlled the battle, which then made an indelible impression on everyone. And this despite the fact that the Israeli Navy, of course, does not have any aircraft carriers. However, the light deck AWACS has found its application! If today the Armed Forces of the Russian Federation, the Aerospace Forces of the Russian Federation and the Navy of the Russian Federation were armed with such front-line AWACS aircraft, we would not have encountered the problems that were mentioned in the introduction. But where do you get them?

Work on the carrier-based AWACS aircraft began back in the USSR for a series of heavy aircraft-carrying cruisers. It was assumed that the Yak-44 would be able to take off both with the help of a catapult, and even without it, from the Admiral Kuznetsov TAVKR springboard, have a cruising speed of 700 km / h, a maximum of 740 km / h, and patrol duration from 3,6 to 6,5 hours, used both in the fleet and as a front-line reconnaissance. Alas, with the collapse of the Soviet Union, the Ulyanovsk-type ATAVKR series did not take place, and the promising deck ship did not go beyond a full-size layout. The D-27 TVD engine remained with Ukraine, which made it impossible to recreate the Yak-44 without the return of Zaporozhye to Russia. It is not known what will survive from the Ivchenko-Progress enterprise during the liberation. Then why all this reflection?

To the fact that another player entered the scene, who has a similar "rare beast". This is China, which has developed its own carrier-based AWACS aircraft Xian KJ-600 ("Kongjing-600") to be based on its promising aircraft carriers. First, on the basis of the Xian Y-7 serial military transport aircraft, the Chinese created the JZY-01 flying laboratory. Then they tested on it a pulse-Doppler radar with an active phased array of their own Chinese design, which allows you to detect large ground or surface objects at ranges up to 600 km (450 km for air). The maximum takeoff weight of the aircraft is 30 tons, it can patrol for 3-4 hours at a speed of 400-450 km/h. Launching from the deck will be carried out using a catapult. The first aircraft carrier to operate the Xian KJ-600 will be the Fujian, which was launched in China a few days earlier.

The appearance of such an aircraft in Russia's unofficial ally China, in theory, should prompt the Russian Ministry of Defense to inquire about the possibility of acquiring a light front-line AWACS. The times when only we sold something to the Chinese have passed, now Chinese warships and reconnaissance aircraft have become very interesting. If the Black Sea Fleet of the Russian Federation had at least 3-4 Russified export versions of the Xian KJ-600, it would be able to constantly monitor the situation in the water area and on the coast of Ukraine, preventing missile attacks on Russian ships and drilling rigs of Chornomorneftegaz. Regular air patrols of AWACS aircraft along the border would make it possible to take it to the castle, preventing the attack helicopters and UAVs of the Ukrainian army from invading our territory. Also, Chinese-made AWACS would not allow the Armed Forces of Ukraine to make swift marches from one settlement to another with impunity, promptly directing Russian fighter and attack aircraft at them.

The large-scale war on land, sea and in the air proved that light AWACS aircraft are urgently needed at the front, and there should be a lot of them. Since we cannot yet build them on our own, it means that we must try to acquire them so as not to pay for pride with the blood of Russian soldiers and sailors. It will only be beneficial for China as a manufacturer to increase the Xian KJ-600 series, since the AWACS deck is really a niche and “rare beast”. But so helpful.
Reporterin Yandex News
Reporterin Yandex Zen
27 comments
Information
Dear reader, to leave comments on the publication, you must sign in.