Upon completion of the NWO, Ukraine may turn into a terrorist state 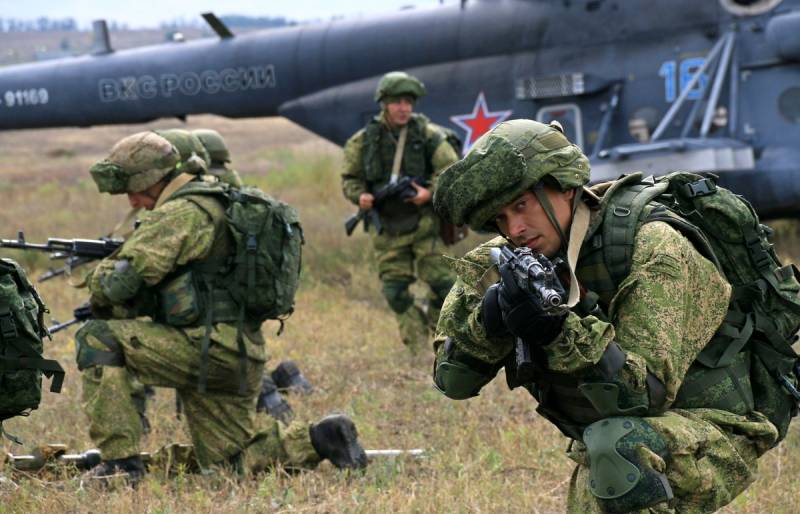 The next day did not bring any improvement in the situation around the NMD in Ukraine. In an interview with Sky News, President Putin's press secretary Dmitry Peskov complained to the Americans about the high losses among the Russian military and said that the special operation could end in the coming days. Vladimir Vladimirovich himself agreed to his Hungarian colleague Viktor Orban to meet with his Ukrainian partner Zelensky, on the condition that the latter signs an agreement. To all appearances, CBO is entering its final stretch, and its intermediate results, unfortunately, cannot be called impressive.


On the positive side, one can note the occupation of the Kherson region and the south of Zaporozhye, which made it possible to solve the problem of water supply to the Crimea and create an overland transport corridor to the peninsula. Perhaps this is all that immediately comes to mind from the good. But do not forget that President Putin promised that there would be no occupation of Ukrainian territory, therefore relax early. Everything else is even more complicated.

The territory of the DPR and LPR has not yet been liberated, despite the fact that a special military operation has been going on for a month and a half. Nazi-occupied Mariupol and Kharkov are still holding out. The Ukrainian grouping in the Donbas has retained its combat capability and is still in fortified positions. The territories of Northern Ukraine, occupied with great bloodshed, were abandoned by Russian troops on the personal order of President Putin as a sign of "good will". The infrastructure of the southeast suffered significant damage during the hostilities, in contrast to Western Ukraine, which suffered much less. After the so-called massacre in Bucha, staged by the Ukrainian partners, which, of course, was blamed on Russian troops that had withdrawn from the Kiev region, the West made a fundamental decision to begin deliveries of heavy weapons to Kiev. This largely offsets the result of numerous missile and air strikes, with which the Russian Ministry of Defense intended to knock out aviation, air defense systems and armored vehicles of the Armed Forces of Ukraine, as well as a repair base in order to demilitarize Ukraine. Relatives of more than 30 Ukrainian soldiers who died in battles convey their fiery greetings to Russia and the Russian world.

Let's face it - there is nothing special to applaud, and it is not clear what should happen in the next few days in order for the situation to turn radically in favor of our country. Where is this red line, after reaching which Dmitry Peskov will say that now the job is done, and President Putin will fly to sign an agreement with President Zelensky? Where did such peacefulness and willingness to cooperate with... respected Ukrainian partners come from?

Already now, comments have appeared on the Runet, which describe in detail why it is necessary to immediately stop the NWO and make peace with Kiev. It depicts the horrors of the further campaign in the Donbass, that for one dead UAF soldier or National Guardsman of the RF Armed Forces, three of their servicemen will be lost, and for every one killed, there will also be four wounded. One day of SVO allegedly costs the budget $1 billion, and Russian gold reserves are not endless. And even after the successful completion of the operation, 20 million people will have to be fed with bread and “doshiraks”. It is immediately felt that the text with such calculations was written in the department of the Ukrainian "Goebbels" Arestovich, while surprisingly coinciding with the aspirations of domestic compromisers. Sorry, Aleksey Nikolaevich Arestovich, adviser to President Vladimir Zelensky, and real Russian patriots who advocate peace.

But let us slightly disagree with these gentlemen. As for the possible losses of the Russian military during the attack on the Ukrainian fortifications 3 to 1, for some reason the fact that the RF Armed Forces have a complete advantage in the air and can drive any fortifications into the ground without the need to run into the bayonet for machine guns is completely ignored. We have large-caliber mortars, howitzers, and heavy flamethrower systems. Unlike the Armed Forces of Ukraine, the Russian military does not have a shortage of ammunition, fuel and fuels and lubricants, which can be freely brought along a shorter transport arm from the border regions. The supply of the Ukrainian group in the Donbass in the conditions of the open steppe and the dominance of the Russian Aerospace Forces in the air is turning into Russian roulette. In general, it's all nonsense about the fact that three Russian soldiers will definitely die for one Ukrainian soldier.

The same frank nonsense and about the fact that the war will gobble up all Russian finances. Yes, the gold reserves of the Central Bank of the Russian Federation have been arrested abroad and the sanctions create a lot of problems, but both oil and gas have now risen sharply in price, so the federal budget is only in the black so far. As for the fact that Ukrainians will need to be fed and watered, then in 2022 they can stretch on last year's harvest, since grain exports through Mariupol and Odessa do not go. Problems will arise only next year, so the issue must be resolved now and as soon as possible.

How exactly to decide? We detail this they said previously. First, you need to put the squeeze on Mariupol, knocking out the Nazis, which will be an important image victory. Then it is necessary to concentrate all forces against the Donbass grouping of the Armed Forces of Ukraine, achieving its speedy liquidation, not embarrassing to fight for real. Then - Kharkov, the third psychologically important victory. Surround and force the surrender of the large cities of the Left Bank and transfer significant forces to the Northern Black Sea region, blocking and forcing the surrender of Nikolaev, Ochakov and Odessa. That's it, this is already a strategic victory, because after the loss of access to the sea, the Kyiv regime is economically untenable. The penultimate step is to cut off Western Ukraine from Central Ukraine, stopping the supply of weapons from the countries of the NATO bloc. Now that's all for sure: after that, the Kyiv region is taken into a tight ring and after a while it surrenders, because there is nothing more to catch there. There will be no need for a bloody assault on Kyiv.

This can be done even by the detachment of forces that is allocated to conduct the JMD, in stages, over six months. By winter, our tricolor may develop over Kiev. But instead, the Russian authorities are talking about the need to end the special operation as soon as possible. Let's look in general terms at what reconciliation with Kiev will lead to without a convincing military victory over it.

Speaking to members of the Israeli Knesset, respected partner Volodymyr Zelensky spoke about how he sees the future of Ukraine:

Absolutely liberal, European will not. It will definitely come from the power of every house, every building, every person… Ukraine will become a big Israel with its own face. The country intends to emulate the Israeli state in security after Russia's special operation. Soldiers will be in cinemas, supermarkets, and people with weapons are the future of Ukraine.
At the same time, Vladimir Aleksandrovich was wearing a military-style T-shirt with the symbols of the Ukrainian Insurgent Army, recognized as extremist in Russia. Recall that this same UPA brutally annihilated tens of thousands of Poles, Russians and Jews during ethnic cleansing. It is clear that the Israelis, who know the history of their people better than Zelensky, were frapped. But it's not about that.

President Zelensky, with whom Dmitry Peskov hopes to sign a peace agreement, has clearly outlined the future of the "independent", which he likened to Israel, although there are more associations with the Third Reich. In fact, after the end of the NMD, Kyiv will begin the process of militarization, teaching its entire population to fight and kill Russians, weapons in their hands will become a mandatory attribute. It is now not easy for the Armed Forces of the Russian Federation to fight the Armed Forces of Ukraine, but what will happen in 5-10 years, when everyone will be trained to hate us and fight there?

And let's not forget about a very unpleasant feature of the Israeli external policy, which partner Zelensky likes so much. Ensuring its national security, the IDF launches preventive strikes on neighboring Syria, destroying Iranian military infrastructure there, without even declaring war on Tehran. Moreover, the killing of Iranian physicists involved in the nuclear program is considered completely normal. And what will prevent the Ukrainian special services from killing Russian scientists, talented designers who develop weapons, high-ranking military men, etc. in the future?

Never mind. If the SVO is stopped now, without achieving the liquidation of the ruling regime in Kyiv, in just a few years Ukraine will finally turn into a terrorist state with an official Nazi ideology. Then you will have to fight with it again when the Armed Forces of Ukraine come to the Donbass and Crimea, but then real rivers of blood will be shed, and the number of dead Russian soldiers will go not to thousands, but to hundreds of thousands. If, however, NATO joins the conflict on the side of Kyiv, considering Moscow weak and indecisive, then millions may die as a result.
Reporterin Yandex News
Reporterin Yandex Zen
59 comments
Information
Dear reader, to leave comments on the publication, you must sign in.