Russia at the gates of the Persian Gulf: Biden loses, Putin gains 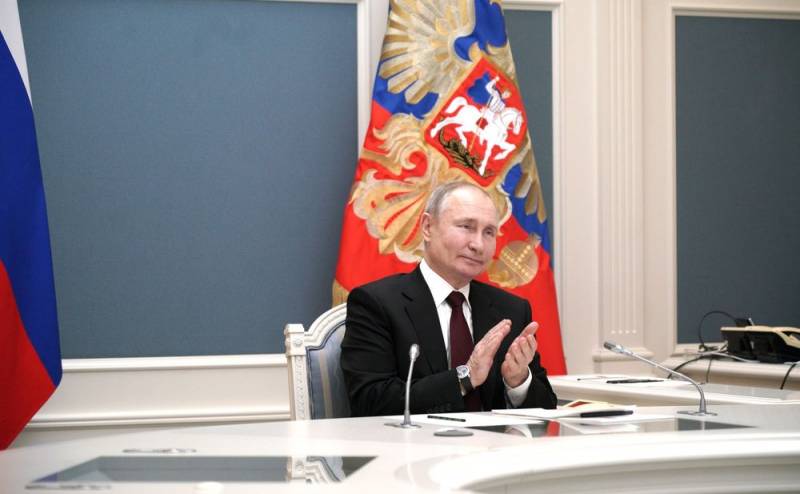 The Bolshevik leaders a hundred years ago knew exactly what they wanted from their state, which was formed after the collapse of the Russian Empire. Boris Yeltsin turned out to be a man who did not know what he wanted from the Russian Federation, which emerged after the collapse of the USSR. However, his successor, Vladimir Putin, is well aware of the goals that the country is facing, writes the online publication Al Bawaba from Jordan.


The geopolitical status of modern Russia could have been lost in the same way as the superpower status of the USSR was lost, but Moscow has proved its power. So it was in the Crimea and Syria, and now it is observed in the Eastern Mediterranean.

Putin today gained access to the gates of the Persian Gulf. The Kremlin is aware of the scale of the strategic gaps left in the region by the West, especially the United States, which has only accumulated problems.

The main foreign policy shortcoming of the USSR was indecision. For example, during the war between Egypt and Israel, Moscow ordered Soviet pilots to maintain complete radio silence so that the Israelis would not find out about their participation in hostilities. Outwardly, it looked like a giant state was afraid of a small country. Therefore, the degradation of the USSR began precisely in the 60s of the twentieth century, and not in the 80s, as is commonly believed.

The USSR gradually lost its prestige and more and more of those who dared to challenge Moscow appeared. Mujahideen in Afghanistan and mass protests in Eastern Europe are natural manifestations.

Putin witnessed the fall of the Berlin Wall. True, then he was just a middle-level intelligence officer. Today he is aware of the scale and is ready to fill the gaps left by the West.

Today Moscow does not hesitate to bomb targets in Syria and it does not matter how just the war in which it participates. Unlimited access to the Mediterranean is important for Russia. Russia is using Turkey to destroy NATO from within, and PMC Wagner is already present in a dozen countries in Africa.

Putin waited for the situation in the Persian Gulf to get back to normal. For several decades, the Americans have trampled Iraq in the sand, and after the Arab Spring, chaos began to spread throughout the region. But the Arab countries, especially those from the Persian Gulf region, cannot be blamed for turning their backs on the West. It was the West itself that turned its back on them. They were happy to receive Technology, protection, weapons and everything they needed in exchange for energy raw materials.

The West left the Persian Gulf at the most dangerous moment, when the threat from Iran seriously increased. At the same time, the United States does not stop information the war against Saudi Arabia, one of the leaders in the region.

The visit of the Russian Foreign Minister to the UAE, Saudi Arabia and Qatar in mid-March is a clear indication of Moscow's further progress in this direction. If Turkey uses Qatar as a regional gateway, why can't Russia do the same? Today it is obvious that Biden is losing, and Putin is gaining opportunities in the Persian Gulf, the Jordanian media summed up.
Ctrl Enter
Noticed oshЫbku Highlight text and press. Ctrl + Enter
We are
At stake 25 billion dollars: why Turkey entered the Libyan conflict
Putin was ready to leave the FSB in protest against the surveillance of Yavlinsky
Reporterin Yandex News
Read Reporterin Google News
18 comments
Information
Dear reader, to leave comments on the publication, you must sign in.