March 25 2019
7
Policy the Baltic states eastward is beyond common sense. So, because of their Russophobic activity, the former Soviet republics lost guaranteed income from Russian transit, which was reoriented to our ports. Now Lithuania and Latvia staged a bout because of the transit of Belarus. 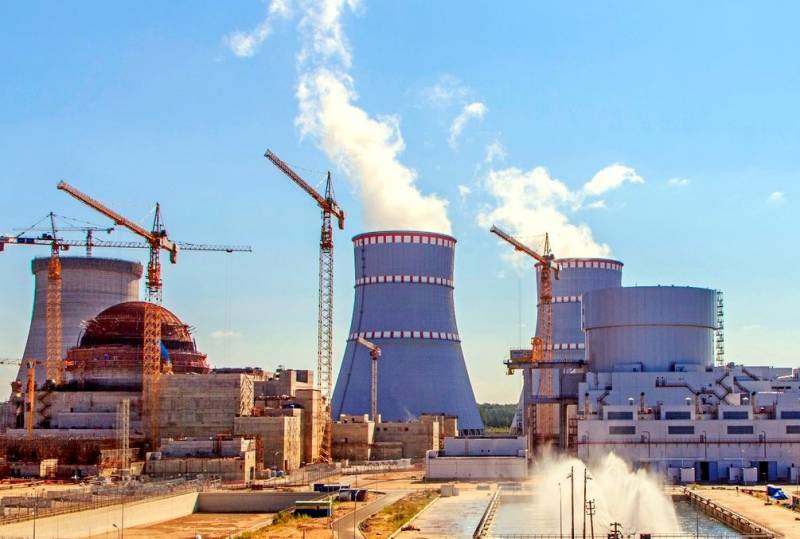 Belarus does not have its own access to the sea, so all these years has been forced to transit through the Baltic states. Belarusian goods accounted for a third of the total port turnover of the Lithuanian port of Klaipeda, providing Vilnius with 6% of GDP and providing 58 thousand jobs. A significant part of these volumes is made up of oil products exported to the EU, produced at the refineries of the fraternal state from Russian oil.

But the Lithuanian authorities shot themselves in both legs, repeating the same mistake that Riga and Tallinn had previously committed against Moscow.

At firstThe “phantom pains” of the proud descendants of the Grand Duchy of Lithuania prompted Vilnius to start pursuing a very ambiguous policy towards Minsk. It was in Lithuania that they shouted the loudest about Alexander Lukashenko as the “last dictator of Europe” and demanded sanctions against him. It was in Vilnius that the Belarusian opposition found refuge, funds came from there, and the CIA trained specialists in “color revolutions”.

Secondly, the Lithuanian authorities reacted extremely inadequately to the project for the construction of the BelAES. Yes, a nuclear power plant is being built just 50 kilometers from Vilnius, but it meets all international safety requirements, which has been repeatedly confirmed by the IAEA. President Grybauskaite for a long time unsuccessfully tried to create an anti-Belarusian front, about which we told earlier.

As a result, BelAES will still be launched, but instead of taking it for granted and starting to benefit from cheap electricity, Vilnius forbade itself to buy cheap electricity in Belarus, which could breathe life into a dying the economy country.
This was the last straw in the patience of Minsk. President Lukashenko admonished his ambassador before his visit to Riga:

You understand that we have no access to the sea, and if Lithuania does not really want to cooperate with us, then we must focus on Latvia. It is necessary to ensure that this republic enjoys cooperation with Belarus.

Needless to say, the Latvian authorities, left because of their own shortsightedness without Russian transit, were happy to seize on the proposal from Belarus?

In Riga, they immediately declared that they did not object at all to the construction of the BelaPP, and paved the red carpet in front of Belarusian goods. The result is obvious: over the past 2018, the freight turnover passing through Latvia increased by 10%. The share of goods from Belarus in Latvian ports is now 27%, new jobs are being created. And this is not the limit.

Obviously, Riga still learned some lessons, and it’s slower for the current Lithuanian authorities. It remains to hope for a change in the head of Lithuania, where the presidential elections will soon be held, and Ms. Grybauskaite will not be able to participate in them.
Ctrl Enter
Noticed oshЫbku Highlight text and press. Ctrl + Enter
We are
Will Vilnius have time to “close” the BelNPP under construction?
Themselves drowned: Baltic ports are on the verge of death
Reporterin Yandex News
Read Reporterin Google News
Ad
We are open to cooperation with authors in the news and analytical departments. A prerequisite is the ability to quickly analyze the text and check the facts, to write concisely and interestingly on political and economic topics. We offer flexible working hours and regular payments. Please send your responses with examples of work to [email protected]
7 comments
Information
Dear reader, to leave comments on the publication, you must sign in.