January 23 2019
2
On January 23, 2019, the Russian Ministry of Defense held a demonstration (display) of the 9M729 missile for the Iskander-M OTRK for foreign military attaches. After all, it was this missile that became the pretext for the US to withdraw from the INF Treaty. 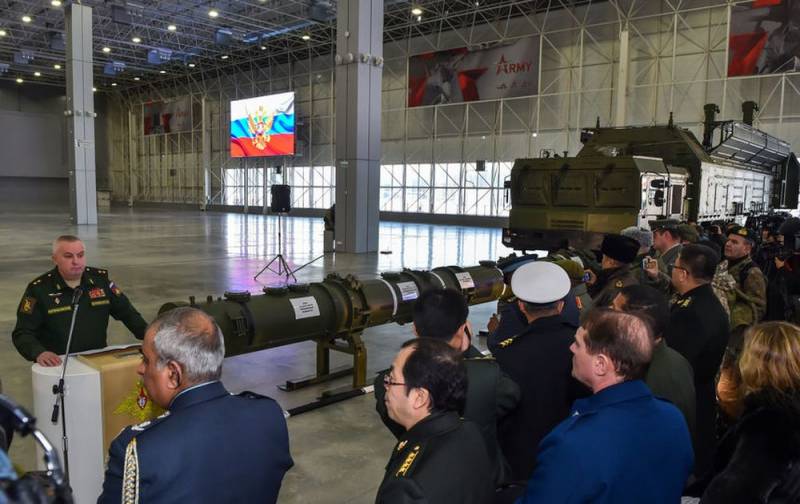 At the same time, military experts from the United States, Britain, France and Germany, as well as representatives of NATO and the European Union, ignored this event. The rest of the participants were presented in detail the parameters and technical characteristics of the rocket, the principles of its transportation and fueling.

Then it became clear why the representatives of Washington and a number of European capitals were not present at the show and briefing, about which we Reported earlier. After all, the data refute the statements of the Americans and indicate that 9M729 does not fall under the INF Treaty. Consequently, Washington simply came up with a pretext for withdrawing from the agreement.


It should be noted that the Russian side provided evidence of their innocence. At the same time, Americans act on the categorical principle of their exclusivity, i.e. “The United States is right by definition, and Russia is always to blame for everything, and no evidence is required.”

During the show, it turned out that 9M729 is a modernized version of the 9M728 missile (they are unified for the most part units). But in 9M729 the number of warheads was changed (it is equipped with a charge of increased power) and additional equipment was placed (a new control complex providing greater accuracy), which made the missile longer by 53 cm. In addition, 9M729 now has a new launcher that can accommodate four missiles , and not two as before.

It must be added that according to the unfounded and unsubstantiated claims of the American side, the 9M729 missile has a range of more than 1000 km. And under the provisions of the INF Treaty, missiles with a flight range of 500 to 5500 km are prohibited. However, as it turned out, the 9M729 has a maximum flight range of only 480 km, which is 10 km even lower than the 9M728. Moreover, this range is confirmed by numerous exercises about which the Americans are aware. Moreover, these missiles are fueled and equipped with warheads only in the factory and are delivered in containers, i.e. it is impossible to “tighten or top up” something.
Ctrl Enter
Noticed oshЫbku Highlight text and press. Ctrl + Enter
We are
US notified Russia of withdrawal from INF Treaty
The Russian Foreign Ministry is confident that the United States decided to withdraw from the INF Treaty
Reporterin Yandex News
Read Reporterin Google News
2 comments
Information
Dear reader, to leave comments on the publication, you must sign in.