Talks with Washington on the Kuril Islands declassified in Tokyo

December 20 2018
1
Recently we Reportedwhen, most likely, and on what conditions, a peace treaty will be concluded between Russia and Japan. And now, the Japanese Foreign Ministry has published the materials of the negotiations between the country of the "rising sun" and the United States over a peace treaty with the USSR. It is reported by Jiji Press. 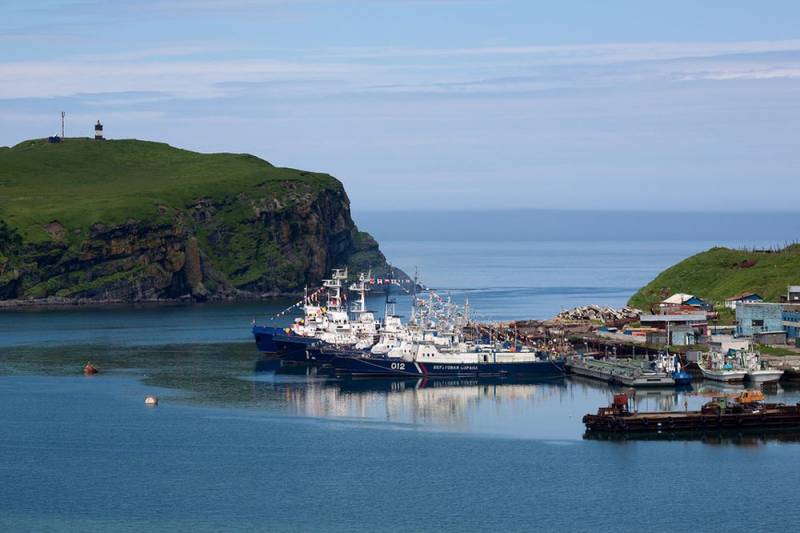 So, by January 5, 1960, the Japanese Foreign Ministry had prepared documents for negotiations of the then head of the department with U.S. President Dwight Eisenhower in the United States. According to these materials, Tokyo intended to conclude a peace treaty with Moscow, resolving the issue of disputed territories as follows. The USSR returned to Japan two island groups of the South Kuril Islands: Shikotan and Habomai. In addition to this, there was a certain additional condition, which was called “plus alpha”.

From the materials it became known that in 1959, the Japanese government met the wishes of the workers, i.e. fishermen. They demanded to agree to the return of Shikotan and Habomai under certain conditions. Moscow was supposed to provide safe fishing for Japanese fishermen in the region of Kunashir and Iturup, which remained for the USSR.

Moreover, the Jiji Press emphasizes that the fishermen insisted that a peace agreement be concluded quickly, even though Japanese society may not support its position. It turns out how it was. However, the question of why Japanese diplomats drove the agreement for approval in the United States was never disclosed. But everything can be perfectly blamed on the fishermen - it’s their fault.

It should be noted that after the unconditional surrender of Japan in World War II, a peace treaty was not concluded between Moscow and Tokyo. The main obstacle to its signing was an unresolved territorial dispute around the southern part of the Kuril Islands - three islands: Iturup, Kunashir and Shikotan, as well as the island ridge of Habomai.

Japan calls the South Kuril Islands “northern territories” and does not recognize Russian sovereignty over them. In turn, Russia does not recognize the fact of a territorial dispute.
Ctrl Enter
Noticed oshЫbku Highlight text and press. Ctrl + Enter
We are
Japanese Prime Minister: we need peace with Russia today, not tomorrow
When peace will be made between Japan and Russia: expert opinion
Reporterin Yandex News
Read Reporterin Google News
Ad
We are open to cooperation with authors in the news and analytical departments. A prerequisite is the ability to quickly analyze the text and check the facts, to write concisely and interestingly on political and economic topics. We offer flexible working hours and regular payments. Please send your responses with examples of work to [email protected]
1 comment
Information
Dear reader, to leave comments on the publication, you must sign in.