In Russia, developed the concept of a high-speed train

November 20 2018
0
The company "Highways", which is the "daughter" of Russian Railways in charge of the high-speed railway project, said that the railway monopoly developed the concept of the first Russian high-speed train. The first train is promised to be launched on the Moscow-Kazan high-speed rail (without specifying when this will happen, because this is a concept, not a product in hardware). But, as the developers assure, he will be able to overcome this route in 3,5 hours, which previously required 14 hours. 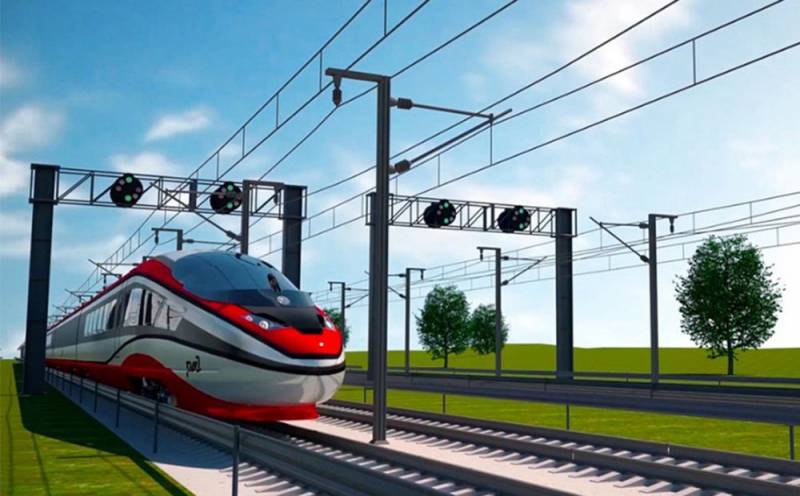 It should be noted that the construction of the Moscow-Kazan high-speed rail (about 790 km) should begin in 2019. The price of the highway can range from 1,3 to 1,7 trillion. rubles. And they are planning to start this colossal infrastructure project from the Moscow-Gorokhovets section (Vladimir Region), which will cost approximately 621,5 billion rubles.

The thing is that the existing railway tracks are simply not able to withstand new high-speed loads. Therefore, modern long-length thermo-hardened rails of a new generation with high operational properties are needed. After all, the aforementioned train will move at a speed of 360 km / h, and will be able to accelerate to 400 km / h.


Which enterprise will produce the new high-speed trains is not yet known. However, it is reported that the train will have 12 carriages (first class, business class, economy class, restaurant car (bistro) and “tourist class”). The train will be able to take on board 682 passengers, but there are an additional 40 seats in the bistro car. 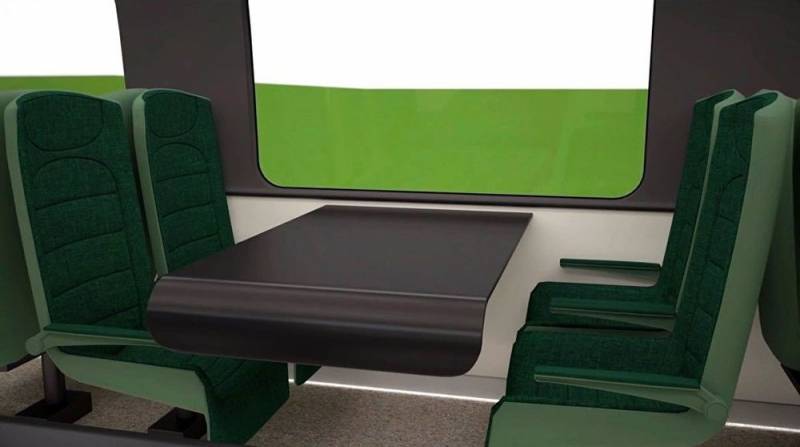 It is worth noting that the developers took care of the passengers. Since there is even a seat spread in the direction of travel. Although only 85 seats in "tourist" cars will have such an opportunity. 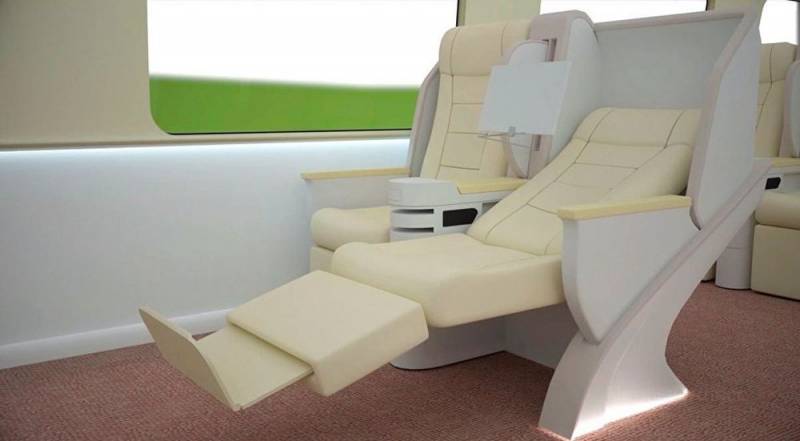 But first-class passengers will be able to take an almost horizontal position during the journey, as their seats will be completely unfolded. According to the concept, in different cars, the seats will recline at different angles. 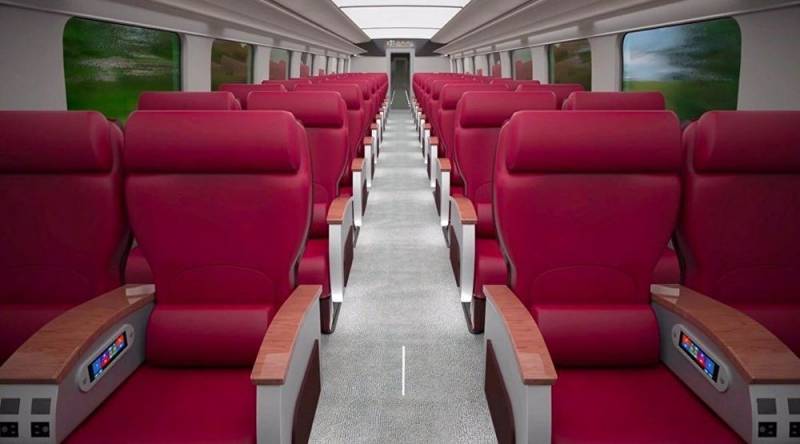 Comfort really increases significantly and it pleases. And earlier we Reportedthat Russian Railways developed the concept of new reserved seats.
Ctrl Enter
Noticed oshЫbku Highlight text and press. Ctrl + Enter
We are
The concept of new reserved seats for Russian Railways became known
The most northern highway: the Northern latitudinal railway will be continued
Reporterin Yandex News
Read Reporterin Google News
Ad
We are open to cooperation with authors in the news and analytical departments. A prerequisite is the ability to quickly analyze the text and check the facts, to write concisely and interestingly on political and economic topics. We offer flexible working hours and regular payments. Please send your responses with examples of work to [email protected]
Information
Dear reader, to leave comments on the publication, you must sign in.