November 15 2018
2
Of all the projects of Russian reusable launch vehicles, it is the new Soyuz-7 that can become real. 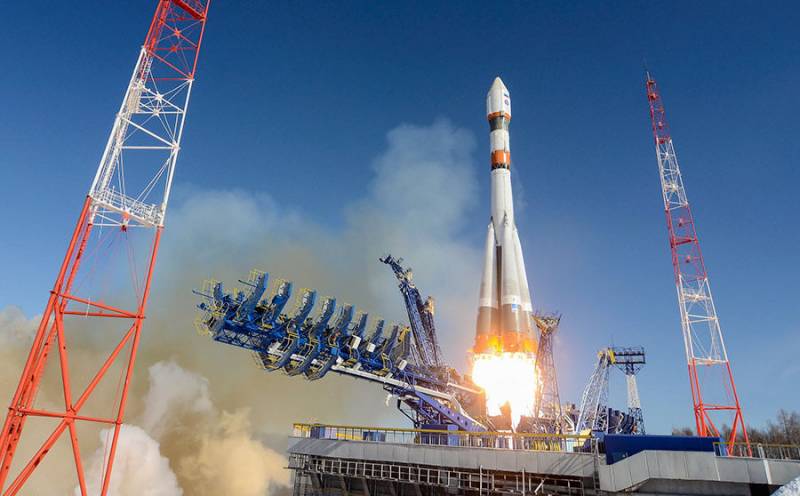 You can endlessly look at three things: how the fire burns, how the water flows, and how Russian engineers work, trying to create a demanded partially reusable medium. The project of a single-stage launch vehicle with vertical take-off and landing “Korona” has finally gone into oblivion. Apparently, the project proposed by the son of Dmitry Rogozin Alexei Rogozin will also be there. We are talking about a reusable rocket, the first stage of which will return to Earth and land in an airplane (about it we We wrote earlier) They say that the utopianism of this idea was understandable to domestic designers back in the 80s. Actually, that is precisely why, most likely, the famous Baikal did not find a ticket to life. Although, in fairness, there were reasons and a purely economic nature.

Separately, it is worth mentioning the slowness of Roscosmos and related state or quasi-state structures: how slowly they react to events on the world market, in particular, the strengthening of SpaceX's position. But worst of all is inconsistency. First they made a bet on the Angara, then on the Soyuz-5, and now again on the Angara. At the same time, the development program of the far from ideal, but, on the whole, economical “Proton” finally went under the knife: it was this missile that provided Russia with leadership on the world market for many years in the class of heavy launch vehicles. 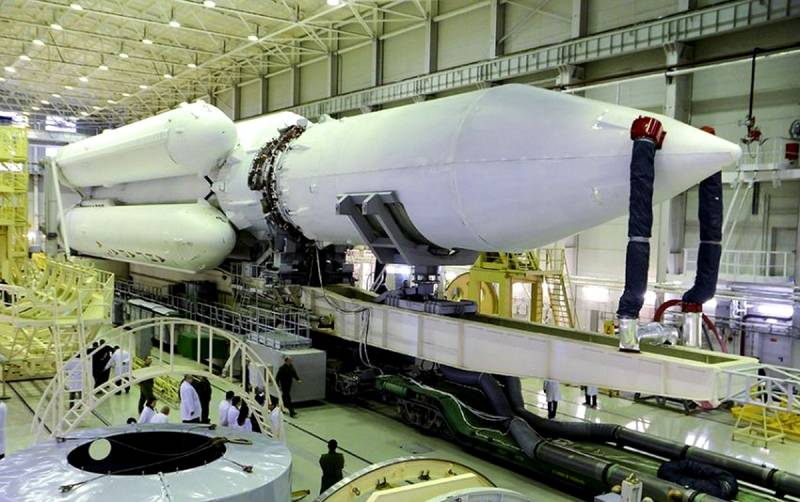 From seven from seven

Recall that the main Russian launch vehicle, the Soyuz, was built on the basis of the famous ballistic R-7 (popularly the Seven), created back in the 50s. To replace it, they create the Soyuz-5, already mentioned above, formerly known as the Phoenix. This promising rocket was once very interested in the Russian S7 Group, which bought the Sea Launch spaceport and wants to become the “Russian SpaceX”. All would be fine, but only the S7 leadership did not like the new missile project. “Heavier and more expensive Zenit,” commented on a promising medium in the holding about this. At the same time, it is completely obvious that Zenit itself will not work for a long time. Firstly, this rocket is assembled in Ukraine with all the ensuing political the consequences. Secondly, it cannot be called ultramodern. This is a development of the 80s.

Against the backdrop of all the problems, the TASS agency recently posted an interesting interview with S7 Space CEO Sergey Sopov. The head of the company said that she plans to create her own launch vehicle for Sea Launch with the designation Soyuz-7 and Soyuz-7SL (Sea Launch, - Reporter.) 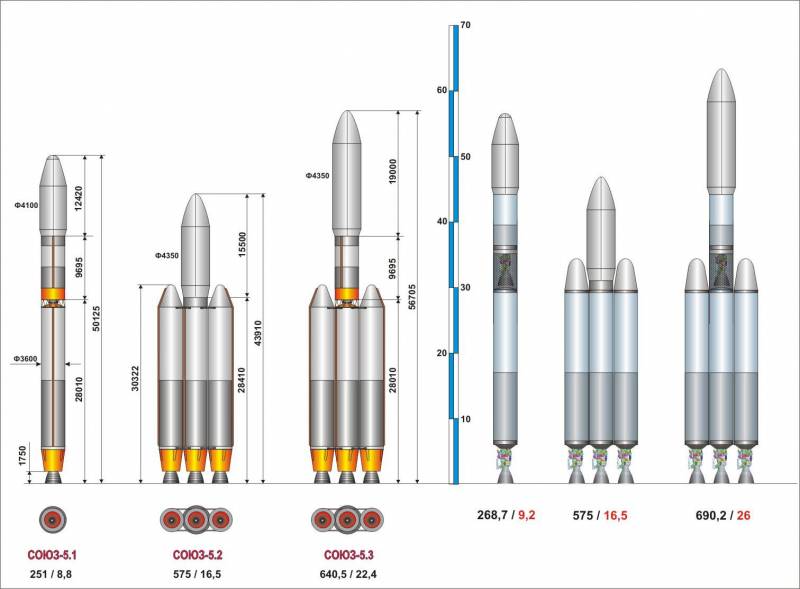 By the way, recently, the chief designer of the Soyuz-7 rocket, Igor Radugin, moved to S5 Space. When asked whether the rocket would be reusable, Sopov answered succinctly: “I will probably repeat myself, but a disposable rocket is as“ effective ”as a disposable plane. To create a one-time carrier is not even stomping on the spot, but the road back. ” It's hard to argue with that.

Not so much is known about a promising rocket. It should be based on a preliminary design of the Soyuz-5 launch vehicle. That is, we can assume that we are talking about a two-stage medium-class launch vehicle, slightly lighter than the Falcon 9. (which is reasonable, since it is already difficult to compete in this class with this "monster"). First of all, reusable media should inherit the engines from the fifth. “We were lucky that our teachers, our predecessors, left us a magnificent legacy - the RD-171 reusable engine. I did not make a reservation, it is reusable. Designed for twenty inclusions - ten for the flight and ten pre-flight burn-throughs. In terms of reusable use of space rockets, this engine is a find, ”said Sergey Sopov.

Previously, the NK-7 engine was considered for the Soyuz-33 rocket, but the creator of the engine in the person of the Samara Scientific and Technical Complex named after N. D. Kuznetsov did not go forward. In any case, this follows from the interview. At the same time, a cooperation agreement was signed between S7 Space and the RD-171 NPO Energomash in October this year. In the framework of it, in particular, it is envisaged to develop cooperation in the field of resuming production, certification and commercial sales of the “ground” and “high-altitude” versions of one of the engines developed by Energomash.

The most interesting, of course, is the salvation of the first stage. Now the S7 is considering both a hypersonic parachute and the use of the winged first unit. The first option looks much more reasonable: in this case, the rocket will not need to carry additional "aircraft" equipment (at the beginning of the article we already touched on this problem). On the other hand, the use of a parachute system makes rocket launches vulnerable to bad weather, as Sopov himself said in an interview. The use of a parachute is supported by the fact that a similar system was chosen for the promising American Vulcan rocket, although the main competitor, Mask in the face of Blue Origin, wants to use the “legs” for his new reusable New Glenn rocket, like Falcon 9. Apparently, to implement something similar in Russia it is very difficult: this option, to put it mildly, is not often considered here.

To create a reusable rocket, S7 Space wants to first create a one-time option, having worked on it with a number of solutions. SpaceX also did this at one time. The Russian company suggests that they will use components purchased from various manufacturers to create the rocket. And they plan to assemble the carrier at the new plant, which wants to build the S7. 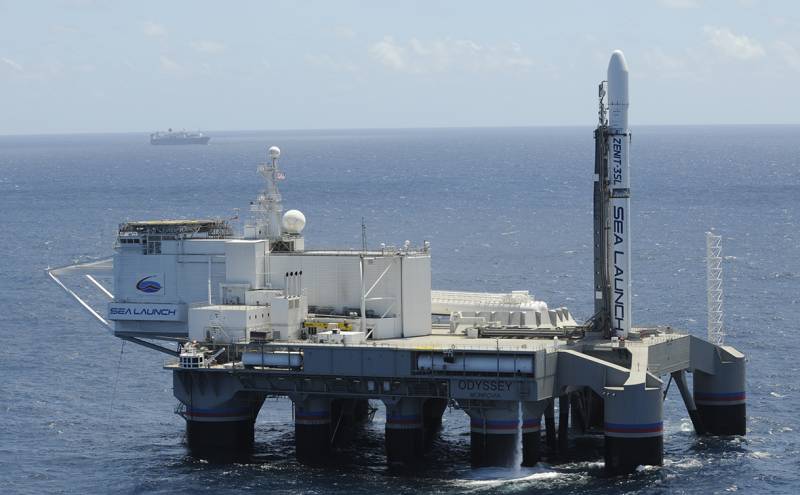 Voucher for the future

All of these plans may seem overly ambitious. Moreover, Sergei Sopov himself recognizes the general disinterest of Russian officials in the project. Meanwhile, one cannot but admit that all other domestic programs of reusable missiles are even more ephemeral today. Of course, S7 Space is far from SpaceX. And yet she managed to become the first Russian commercial company to have the right to provide international space services. And unlike other ideas, the Soyuz-7 project does not look like an attempt to legitimized theft from a power: the S7 holding, which bought the spaceport, wants to make it demanded at all costs, and for this it’s necessary to consider every penny invested in the project . In general, it is difficult to make plans for the future. According to the latest data, the appearance of the engine of a reusable rocket will be determined before the end of 2018. Then it will be possible to judge in more detail about the prospects of the undertaking. But there is no doubt that it is conceptually correct.
Ctrl Enter
Noticed oshЫbku Highlight text and press. Ctrl + Enter
We are
Winged "Baikal": what should be a reusable launch vehicle
The revival of Baikal: what is wrong with the Russian reusable missile?
Reporterin Yandex News
Read Reporterin Google News
2 comments
Information
Dear reader, to leave comments on the publication, you must sign in.