The revival of Baikal: what is wrong with the Russian reusable missile? 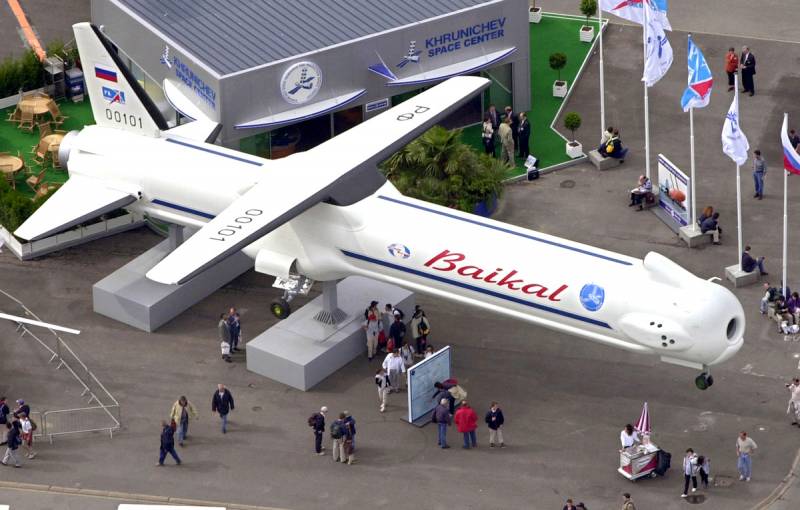 But is reusability necessary?


Reusable (or rather, partially reusable missiles) took place. This is a reinforced concrete fact. In recent years, SpaceX has confidently proved that the first stage of the Falcon 9 launch vehicle can not only make a spectacular vertical landing after launch, but can also be reused for other launches. In theory, this opens up previously unheard of opportunities to reduce the price of launches of space rockets. But this is in theory. Now the point of view on the benefits of reusable launch vehicles is now very different. So, the head of the European ArianeGroup Alain Sharmo in an interview with the German publication Spiegel Online stated the following:

Suppose we have a rocket that can be reused ten times, then we will build exactly one rocket per year. It does not make sense. I can’t say to my teams: “For now, let’s continue our work next year!”

Based on his words, the famous Russian popularizer of science, Vitaly Egorov, calls the main obstacle to reusability the limited flow of goods into orbit.

But here you need to voice a number of nuances. Firstly, the Europeans from ArianeGroup have no reusable missiles. Modern designers from Europe are generally far from creating an analogue of the heavy Falcon 9, despite the previously presented strange Adeline concept. The EU will not officially recognize the lag behind SpaceX: all the more, on the eve of the test of the new European rocket Ariane 6, which can not boast of reusability. At least in the first stage. Secondly, the space launch market, like any other, does not stand still. And what will happen in ten to fifteen years, no one can accurately predict. But with a high degree of probability reusable missiles will fit in well, even if they will provide a cost savings of 10-15% compared with one-time launches. In today's world, this is a very serious claim for success. 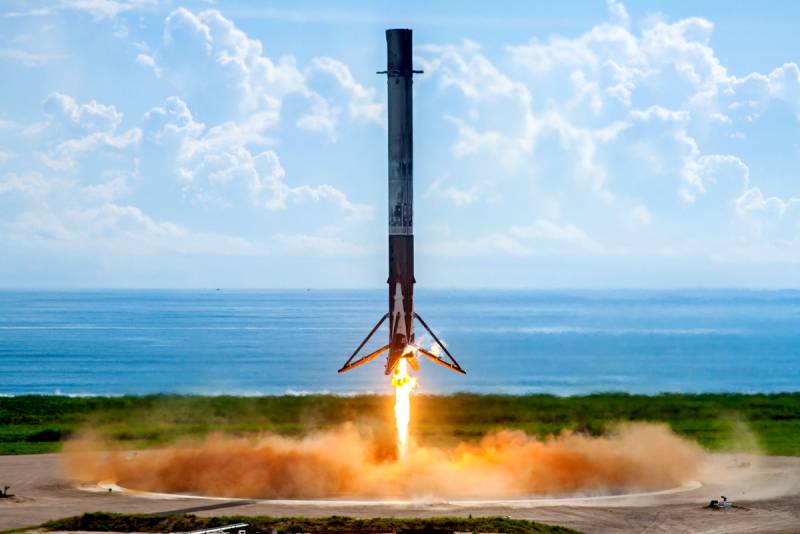 In general, the idea of ​​creating a Russian reusable rocket did not originate from scratch. And the point here is not at all in Soviet projects and not even in American SpaceX. It is enough to recall the Russian project “Crown”, the work in the framework of which began back in 1992. It was intended to create a reusable single-stage launch vehicle with vertical take-off and landing: a light-class carrier that could bring up to seven tons of cargo into a low reference orbit. The degree of reusability of the LV as a whole is 100 flights, its individual elements are not less than 25. Now it is difficult to talk about its prospects, but it seems that everything is in the past. News there has been no talk about the Coron for a long time, and the new strategy of Roscosmos clearly does not favor the new-old (excuse me for such a pun) domestic developments. Rogozin has clearly outlined several key most important areas and is not going to revise them yet. This, in particular, includes the long-suffering Angara, the new Soyuz-5 rocket and, of course, the Federation (the prospects of the latter, by the way, are still very vague). Now it seems that this list has been replenished with a promising reusable light class missile. 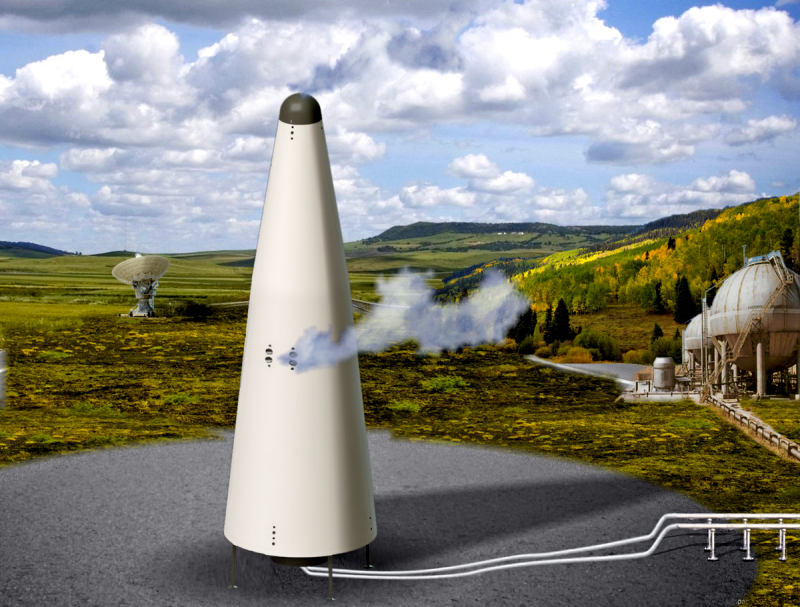 In recent months, such media has been heard more and more often. The idea itself seems very rich. Indeed, the “fashion” is now clearly visible not so much for reusable rockets as for light-class launch vehicles. The logic is simple: they are cheap, while they can put into orbit some of the commercial cargo. That is, light / ultralight launch vehicles in the next few years have every chance of becoming firmly established in the market. Falcon 9 does not threaten them - it claims to be a different niche. As, however, and promising reusable rocket from Blue Origin called New Glenn.

From the outside, everything looked good. But then weird things started. In August this year, at the aviation forum in Ulyanovsk, Dmitry Rogozin’s son, Aleksey Rogozin, CEO of Il PJSC, announced the work in the framework of a far from new, but previously unimplemented and very ambiguous concept, which is very different from what Mask created. We are talking about the return stage aircraft type.

This is the solution that we are implementing at the pre-project level. Passed this work to Roskosmos
- noted Rogozin Jr.

We have nowhere to land on the sea platform. Roscosmos, together with the Advanced Research Foundation, has set the task of making the landing airliner
- added the general director of PJSC Il.

That is, the return of the first stage can be carried out approximately in the same way as the Space Shuttle and Buran shuttles returned. 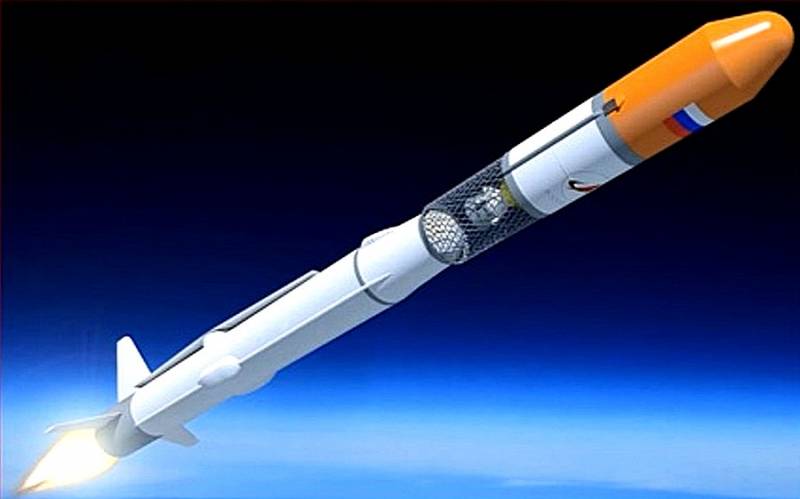 Frankly erroneous language immediately catches the eye. “There is nowhere to land on the sea platform” cannot be called an argument, because the landing of the first stage of the Falcon 9 rocket was carried out, including on platforms on the ground, and this was not a problem. In addition, according to the academician of the Russian Academy of Cosmonautics Alexander Zheleznyakov, the company "Il" does not have sufficient experience in designing such systems.

At one time, Tupolev, Myasischev, and Mikoyan were engaged in such systems. Why they trusted “Ilyushins” - it is not clear
- he said.

The academician noted that the high cost of the described “airplane” approach was clear to experts back in the 80s. This is probably one of the reasons why the Baikal project didn’t shoot. Recall that we were talking about a reusable accelerator of the first stage of the Angara launch vehicle. The main idea of ​​the project was that the missile accelerator that performed the task, separated from the carrier, automatically returned to the launch site and landed in an airplane. Developed a project GKNPTS named after M.V. Khrunichev.


Nevertheless, Russian experts, apparently, do not intend to abandon the reusable light class rocket. Already in September, the Foundation for Advanced Research announced that in the next four years, Russian designers will create a fully functional demonstrator of the return stage of such a carrier. Work directly on the project, called “Wing-SV”, will begin in the first half of 2019.

The source noted that the "terms of reference" are in full swing. They want to manufacture steps using exclusively Russian materials: the lead contractor is EMZ them. Myasishchev. The step will return to Earth at hypersonic speed. The FPI stated that for testing the automatic landing and subsonic flight modes, subsonic demonstrators will be used, while for testing the hypersonic modes, they will use, respectively, hypersonic ones.

Intend to implement the project in wide cooperation with a number of Russian enterprises. The creation of the demonstrator will be funded by the Advanced Research Foundation, and then the “Wing” is intended to be included in the federal program.

Estimated view of the reusable Baikal system
More detailed terms for today are unknown, as the role of Alexey Rogozin in it is unknown. The unpleasant feeling here can be smoothed out only by the aforementioned European project Adeline, which, in principle, for all the nebula technical wording, conceptually close to what Russian officials are talking about now. Independent experts, apparently, even this does not "warm."

Feet (like the Falcon 9 rocket) require minimal weight and refinement than other options. You can land on an airplane. You can’t save on this
- Recently declared Vitaly Egorov.

Again, projects by projects, but in practice no one has realized a space rocket of an “aircraft” type. And not the fact that it implements. The story of Russian space projects that have sunk into oblivion clearly demonstrates this.
Ctrl Enter
Noticed oshЫbku Highlight text and press. Ctrl + Enter
We are
American super-rocket BFR: too good to be true
New Glenn Rocket: A Media That Could Crush Ilona Mask
Reporterin Yandex News
Read Reporterin Google News
Information
Dear reader, to leave comments on the publication, you must sign in.