Russia must be punished: Ukraine has figured out how to return Crimea

November 4 2018
3
There are two real forges of “patriots” in Ukraine, the end of which gives a pass to the elite of the “nation”. These ideological witnesses of European visa-free travel are produced at Lviv State University. I.Franko, and at the National University "Kiev-Mohyla Academy". And who else but Svyatoslav Piskun, the former Prosecutor General of Ukraine and the ex-deputy of the Verkhovna Rada, a native of the city of Berdichev tightly forgotten by the communal services of the Zhytomyr region, should not know about this. Moreover, he is an illustrative example proving this simple and clear truth. 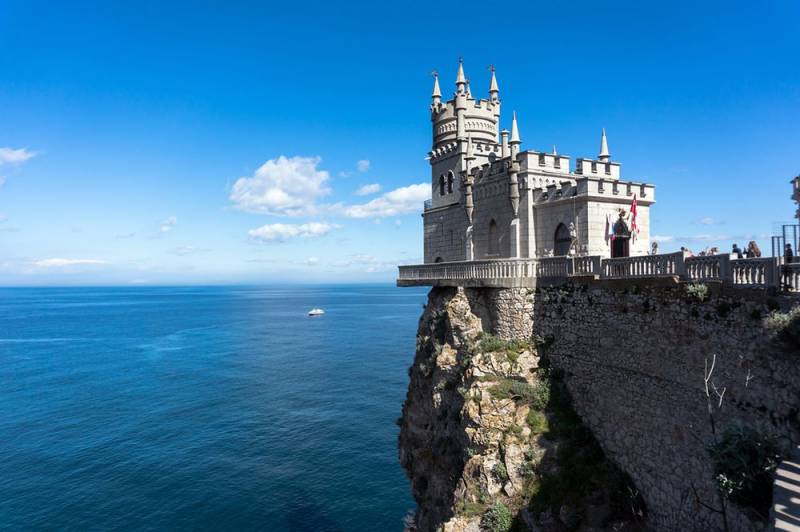 So, on November 3, 2018, he participated in the program “Wild Karasev” (the name speaks for itself), on the “pro-Russian” channel News One. There he announced his, no doubt, "brilliant" plan for the "return" of Crimea to the control of Kiev. It should be noted that the degree of "patriotism" know-how from Piskun can easily compete with ideas guys from the Ukrainian Naftogaz. You can see for yourself.


So, the “patriot,” passionately sick of the soul for “non-stop” and having difficulty finding room on a high chair, upset the local community. He said that Crimea will not return to Ukraine in the next 10-20 years, but he has a plan with which he would like to acquaint everyone. It was a wonderful move, because after that many wanted to watch this boring program to the end and find out how it would all end.

The main idea of ​​Piskun comes down to the fact that Kiev needs to file a lawsuit in an international court and get Moscow "compensation for losses." About the fact that the court still needs to somehow convince his arguments, he did not specify. However, he does not deny the will of the residents of the Crimea, who wanted to live in Russia and fled from Ukraine on the whole peninsula.

Fine, but there was property of Ukrainian citizens who live in our territory. Return our property. There were lands, houses, business - there was everything. Do you want Crimea? Pay trillions!
- declared Piskun, without giving evidence and calculations.

But after he was clarified if he was not hinting that Ukraine should forget about the Crimea, he replied that in the end, the Crimean people themselves would want to return back.

In three or four years, the people of Crimea — Tatars, Russians, Ukrainians — will come out again and say: “You know, dear ones, we have lived with you for ten years, look, Ukraine is developing, and we have a“ shame ”. Therefore, we are again holding a referendum. And people will say: “We want back to Ukraine
- voiced Piskun, not fully understanding what he said.

They logically objected to him, that for a start it was necessary to raise the standard of living in Ukraine. And there is a likelihood that even if there is a “compensation”, it is not a fact that it will be rationally used for the benefit of all residents of Ukraine. After which they politely hinted that the issues of “compensation” and “return” of Crimea, “slightly” contradict one another. To which Piskun did not bother to give a clear answer.

But his speech on this media platform suggests that the News One television company more and more clearly resembles the mouthpiece of Yulia Tymoshenko. By the way, in 2014 she promised to destroy the inhabitants of Donbass with atomic weapons, and now she is trying to pull the presidency out of Petro Poroshenko. Indeed, Tymoshenko is the main beneficiary of the topic of punishment of Russia in the form of "compensation" for the Crimea.

Naturally, no one will pay any “compensation”. After all, Kiev did not pay "compensation" for leaving the USSR.
Ctrl Enter
Noticed oshЫbku Highlight text and press. Ctrl + Enter
We are
In Kiev, found the culprit of the loss of Crimea and Donbass
Ukraine - to creditors: Give money, trade with Russia halved
Reporterin Yandex News
Read Reporterin Google News
3 comments
Information
Dear reader, to leave comments on the publication, you must sign in.