Refusal of the dollar: S-400 will be sold for rubles

October 31 2018
1
What Washington has been pursuing for so long has finally happened. And this is a real triumph of Moscow. Since the contract for the supply by Russia of long-range S-400 Triumph anti-aircraft missile systems (SAM) to India was concluded in rubles. This was announced to the public by the Deputy Prime Minister of the Government of Russia Yuri Borisov. 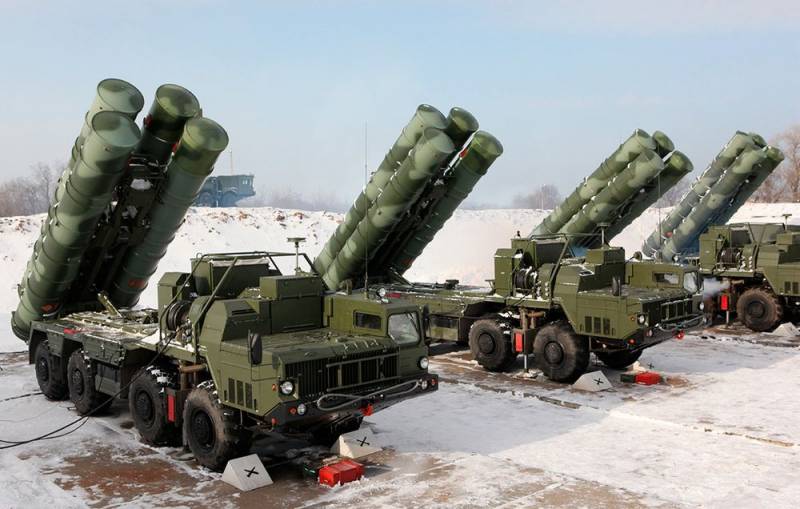 Initially, Russia and India agreed on the supply of air defense systems in dollars worth $ 5,5 billion, but now payment will be at the exchange rate in rubles. After all, the US administration made titanic efforts to counter military-technical cooperation (MTC) of Russia with other countries of the world.

Washington repeatedly blackmailed the planet with sanctions and "excommunication" from the dollar. So the transition of many countries to settlements in national currencies, bypassing the financial system of the stronghold of global “democracy”, was a matter of time. And now it has become a fact.

Moreover, the ruble is convenient not only for Russia, but also for India. This country supplies a huge amount of goods to Russia, therefore, it accumulates surplus ruble stocks. Here the Indians will spend part of these rubles on useful in the economy of air defense systems.

This is a great example for other countries. The parties are satisfied. And the opinion of Washington and its satellites is of little interest to anyone. In any case, India is not afraid of US sanctions. She even from Iranian oil is not refused. Nothing personal, this is business.
Ctrl Enter
Noticed oshЫbku Highlight text and press. Ctrl + Enter
We are
Rejection of the dollar: Russia may agree with Africa
Strong are not afraid of sanctions: Russia and India have signed a contract for the supply of S-400
Reporterin Yandex News
Read Reporterin Google News
Ad
We are open to cooperation with authors in the news and analytical departments. A prerequisite is the ability to quickly analyze the text and check the facts, to write concisely and interestingly on political and economic topics. We offer flexible working hours and regular payments. Please send your responses with examples of work to [email protected]
1 comment
Information
Dear reader, to leave comments on the publication, you must sign in.