Are private investors needed to create a Russian satellite constellation? 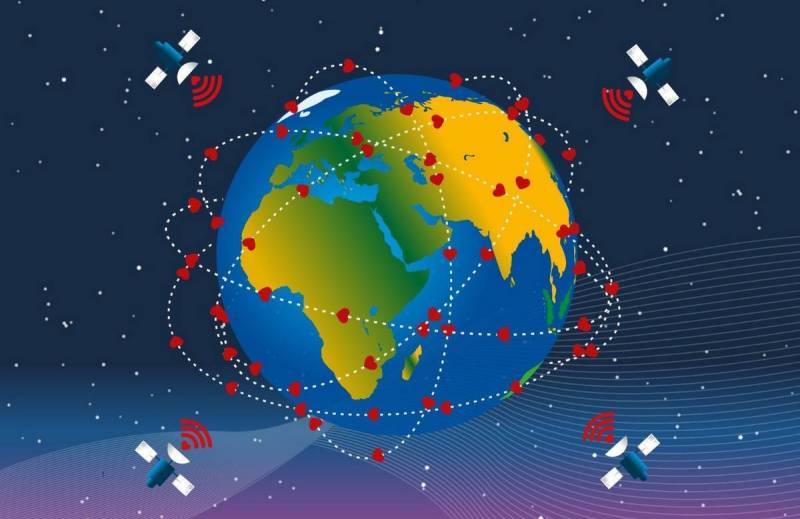 The special military operation in Ukraine clearly demonstrated our technological lagging behind the collective West. Using the NATO satellite constellation, the Armed Forces of Ukraine have a serious superiority over the RF Armed Forces in intelligence and communications, which largely determines the success of the enemy on the battlefield. Obviously something needs to be done about it, but what?


Probably the most popular suggestion that comes up regularly in the comments on this topic is to either start shooting down Western satellites, or disable them en masse in a radical way like an in-orbit nuclear explosion. Why this is a bad idea, we told previously and came to the conclusion that the most reasonable answer would be to create our own analogue of StarLink. And so the Russian authorities began to look for Ilonov Maskov in their own country.

What is he, Pushkin?

According to media reports, on January 16, 2023, an agreement of intent was signed in Moscow between the government of the Russian Federation, the state corporation Roscosmos and commercial companies that will participate in the creation of Russian satellite constellations and ground infrastructure for servicing spacecraft and data processing. In accordance with this document, by 2030, a unified information space system of the Russian Federation, a single information space should be formed and promising space systems of a new generation should appear. The implementation of such ambitious goals and objectives will go through the attraction of commercial companies and private investment in the space industry.

It all looks from the outside as the liberalization of domestic cosmonautics, in which, it seems, domestic Ilona Masks should begin to be born. Obviously, Roskosmos, which previously did not tolerate internal competitors, failed to prepare the country for a war with a high-tech enemy, and now it will have to move closer to the budget “trough”. Let us recall that attempts have already been made in the Russian Federation to create private space companies, unsuccessful to varying degrees.

The most realistic project was Sea Launch, acquired by the Russian company C7 Space Transport Systems. However, due to the inability to use Ukrainian Zenit launch vehicles since 2020, the floating spaceport has been idle in the Far East. The startup is frozen due to sanctions for an indefinite period, negotiations are underway to transfer expensive infrastructure to the state represented by Roscosmos.

Another failed domestic private space project is CosmoKurs, founded in 2014 by Pavel Pushkin, a MAI graduate and former employee of the Khrunichev Center. The company operated within the framework of the Skolkovo Foundation and set as its goal the development of private space tourism: a suborbital flight at an altitude of 200 km for 15 minutes. The cost of one ticket was assumed at the level of 200-250 thousand dollars, the number of launches - at least 120 per year. The plans of the “Russian Mask” included the creation of their own light launch vehicle and even the construction of a private cosmodrome somewhere in the Nizhny Novgorod region.

Despite the fact that the investor of the project was a private person, or maybe it was thanks to this that CosmoKurs died a long time in 2021. According to Pushkin, the main reason for the closure was the numerous bureaucratic obstacles on the part of the state. As a result, the main activity of the company began to be reduced to paper development of justifications for passing various licensing procedures.

However, there is another space startup in Russia, the future of which is seen as much more rosy. This is the private company Reusable Transport Space Systems (MTKS), which in 2020 agreed with Roscosmos on the construction of a reusable transport spacecraft called Argo:

On September 1, 2020, ROSCOSMOS State Corporation and MTKS LLC signed a cooperation agreement, on the basis of which MTKS LLC will interact with Russian enterprises of the rocket and space industry, which are part of the state corporation, in order to create a reusable space transport system and, in particular, , reusable transport spacecraft "Argo". In addition, the signing of this agreement, according to the intention of the parties, will serve as a development for the creation of a modern production base for the manufacture of composite parts and structures of the future ship.
Argo is a reusable spacecraft designed to deliver cargo to the International Space Station. Outwardly, it is very reminiscent of the ship "Federation", later renamed the "Eagle". And no wonder, because the development of Argo is led by Nikolai Bryukhanov, the former general designer of the Orel spacecraft being developed by Roscosmos. Why does the sky above the first private Russian spacecraft seem cloudless?

Yes, because the founder of MTKS LLC is Dmitry Kakhno, who at the same time heads the company Energia-Logistics (a subsidiary of RSC Energia, owned by Roscosmos). And this fact makes us take a fresh look at the initiative to expand public-private partnership around the creation of the Russian space constellation.
Here is how the new head of Roscosmos Yuri Borisov commented on plans to increase the production of satellites:

The basis for building up the orbital constellation will be serial production, which will be built by Roscosmos. But we must follow global trends and open the market for private investment, following the example of the United States, Europe and China. The signing of this agreement is the first step in the practical implementation of our plans.
And what happens in the dry residue? Giving domestic Elon Musks the opportunity to create their own new productions by loading them with orders from the state to speed up the creation of an orbital group is one story. But to allow private traders affiliated with Roscosmos itself to sit on its neck under the guise of benefactor investors, having come to everything ready, is a completely different story.

We will see by 2030, and maybe much sooner, what will come out of this public-private partnership in the space industry.
Reporterin Yandex News
Reporterin Yandex Zen
6 comments
Information
Dear reader, to leave comments on the publication, you must sign in.