Refrigerators locked up in London supermarkets due to theft 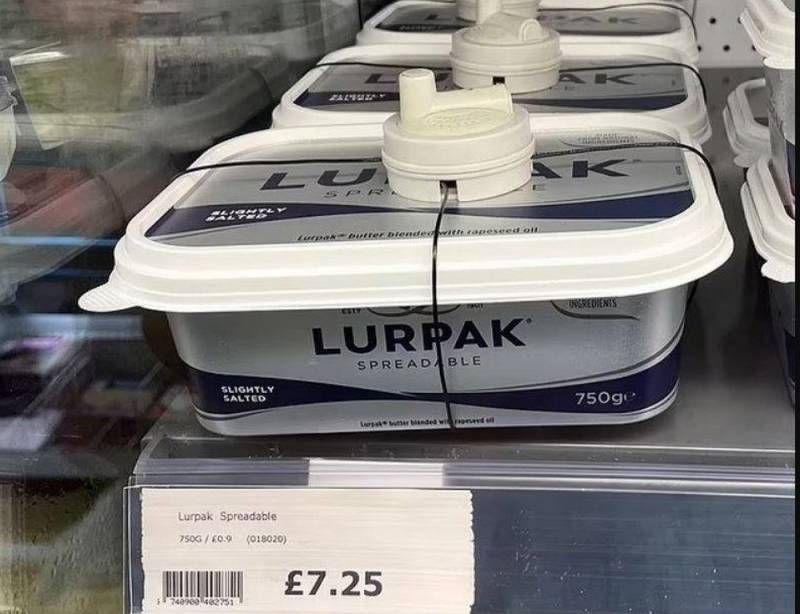 London supermarkets have begun locking refrigerators and using sensors to prevent food theft such as milk and butter. In a situation where buyers need something, they are asked to contact the seller for help, according to the Daily Mail.


The publication notes that in the UK the cost of living has seriously risen in price, which is why food theft has increased. This problem manifested itself in the summer of 2022. Then the increased theft of butter and cheese was reported by Timeout, which indicated that the British had to pay more than usual for a 180-gram pack of butter - from 6 to 9,3 pounds sterling (450-700 rubles). The increase in thefts in the publication was explained by the conflict in Ukraine, anti-Russian sanctions and their consequences - rising energy prices, as well as an increase in the cost of fertilizers and feed for livestock.

In a number of stores, against this background, a shortage of products began to be felt. The situation in Britain has reached the point that in November 2022, the country's largest retail chain Tesco began to close empty shelves in its stores with photo reproductions of vegetables and fruits - asparagus, carrots, oranges and grapes. In British social networks, this approach to solving problems caused ridicule.

Formerly London-based online publication CityAM.com reportedthat the price of gas futures in the EU fell to a record low, but the citizens of the European Union, suppliers do not promise to reduce utility bills. For the first time, the forecast that the reduction in the cost of raw materials will bring relief to ordinary citizens was noted only in the UK. At the same time, it is promised that such a development of the situation will only help the kingdom's budget save millions of pounds.
Reporterin Yandex News
Reporterin Yandex Zen
2 comments
Information
Dear reader, to leave comments on the publication, you must sign in.