Could Dmitry Medvedev be Putin's successor in 2024 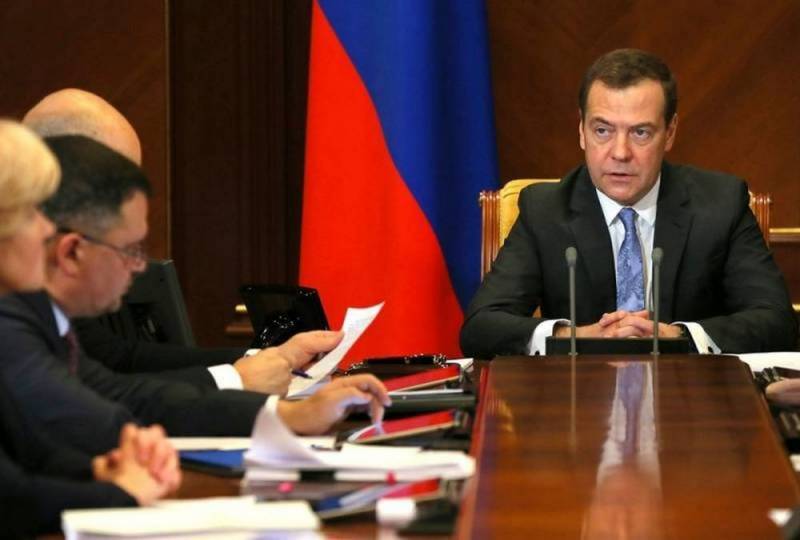 Toward the close of the outgoing 2022, another very significant event took place. Following President Putin, who for the first time delivered New Year's greetings to the Russians against the background of the military personnel of the RF Armed Forces, our former President Medvedev also addressed the nation with a video message. And this is clearly not without reason. Can Dmitry Anatolyevich again become Vladimir Vladimirovich's successor?

Throughout 2022, Dmitry Anatolyevich literally shocked Russians with one extravagant statement after another. The "clinical" systemic liberal suddenly turned into a "hawk", pecking at the enemies of Russia from his Telegram channel. In particular, he threatened American business in the person of McDonald's with expulsion, measured the "shredded" modern European politicians according to General de Gaulle and Willy Brandt, sneered at the “hellish sanctions”, compared Ukrainian President Zelensky to a “young cock” and even veiledly threatened the United States with a nuclear strike:

Otherwise, when attacking our cities, the Russian Armed Forces would fulfill their threat and strike at the centers of these criminal decisions. Some of them are not located in Kyiv at all.
The former systemic liberal even attempted the unthinkable - he hinted at the possibility of returning the death penalty in Russia:

1. Increasing oil prices to $150 per barrel and gas prices to $5000 per 1 cubic meters. m.
2. The return of the UK to the European Union.
3. The collapse of the European Union after the return of the UK and the abolition of the circulation of the euro as the currency of the former EU.
4. Capture by Poland and Hungary of the western regions of the former Ukraine.
5. Creation of the Fourth Reich on the basis of Germany and the satellites that joined it (Poland, the Baltic countries, the Czech Republic, Slovakia, Romania, the Kyiv Republic, and other outcasts).
6. War between France and the Fourth Reich. Partition of Europe, including a new partition of Poland.
7. Separation of Northern Ireland from the Kingdom of Great Britain and Northern Ireland and accession to the Republic of Ireland.
8. The American Civil War, the separation of California and Texas into independent states. Creation of the union state of Texas and Mexico. Elon Musk's subsequent victory in the US presidential election in some of the states assigned to the Republicans after the civil war.
9. Transfer of all major stock markets and financial activity from the US and Europe to Asia.
10. The collapse of the Bretton Woods financial system, including the collapse of the IMF and the World Bank. Rejection of the euro and the dollar as world reserve currencies. The return of the gold standard. Transition to the active use of digital fiat currencies.
In truth, such statements would be more to the face not of Dmitry Anatolyevich, but rather of Vladimir Volfovich. Given the systemic crisis that gripped the Liberal Democratic Party after the untimely death of Zhirinovsky, one could even assume that Medvedev could head it. He is both a liberal and a democrat, and, as it turned out, he does not go into his pocket for a tough word. The LDPR is the party of one person, and Leonid Slutsky is clearly unable to cope with this role.

Can the deputy head of the Security Council of the Russian Federation take the lead of the Liberal Democratic Party of Russia, which positions itself as an opposition parliamentary party, but in fact is as loyal to the Kremlin as possible?

Easy. However, the variant of another "castling" seems more likely, in which Dmitry Anatolyevich, a "non-Tokaev" verified in the case, may be again involved.

As you know, in 2024, President Putin's presidential term expires. The amendments made in 2020 to the Constitution of the Russian Federation gave him the opportunity to "reset" and go for two more presidential terms of six years each, as if there were no previous terms of government. However, the dramatic events that unfolded after the start of the special operation in Ukraine on February 24, 2022, give reason to believe that this “transit of power” scenario will still not be used.

It is very likely that Dmitry Anatolyevich is really being trained to take the place of Vladimir Putin's successor. His media activity over the past year has focused on rebranding the sislib image as a hawk. At the end of 2022, he was appointed first deputy head of the Military Industrial Commission. In his New Year's address, Medvedev said what all patriotic Russians want to hear:

The special operation has been going on for almost a year and its goal - to put an end to the criminal Nazi regime in Kyiv - will definitely be achieved ...

The coming year will not be easy either. The enemies of Russia will continue to try to break it, to subjugate it to their will, but they will not succeed. We are together, the truth is behind us, and in truth the victory, which will definitely be ours.
These are all the bricks that make up the future electoral program of the successor in the course of the electoral cycle that has already begun. A little more than a year is left before the next presidential election. The most interesting thing is in what specific form the next “castling” will take place.

The previously worked out scenario, in which Putin becomes head of government and Medvedev becomes president, looks much less attractive in the realities of 2024. By that time, too many accumulated socialeconomic problems for which the Prime Minister will have to take the rap.

The scenario with the transition of Vladimir Putin to the post of head of the State Council, which, in the course of the 2020 amendments, received the status of a constitutional authority, seems to be quite working. Within the framework of a simple federal law, its powers can be quickly expanded to the desired level at the expense of other branches of government. The figure of the President of the Russian Federation then can become rather nominal, but Dmitry Anatolyevich is no stranger to being number two. True, later such a reform of the country may still backfire, but who will look so far into the future?

The third scenario with the creation of the post of head of the Union State of the Russian Federation and the Republic of Belarus under Putin in the realities of the NVO is the least likely. First you need to win, and then integrate Belarus and Ukraine into a single space. On the other hand, this should be, in theory, a good motivation for the Kremlin.

The last scenario we recently considered, may involve the restoration of the post of vice president in Russia with the transfer of a number of key powers in the field of defense and national security to him. Then a variant of the division of power is possible, in which Medvedev becomes president again, and Putin will be vice president in charge of law enforcement agencies and the military-industrial complex.

Which scenario will be chosen, we will see in 2024. If Dmitry Anatolyevich was really chosen as the successor, I would very much like to believe that he really has been reforged from a sislib into a real “hawk”.
Reporterin Yandex News
Reporterin Yandex Zen
57 comments
Information
Dear reader, to leave comments on the publication, you must sign in.