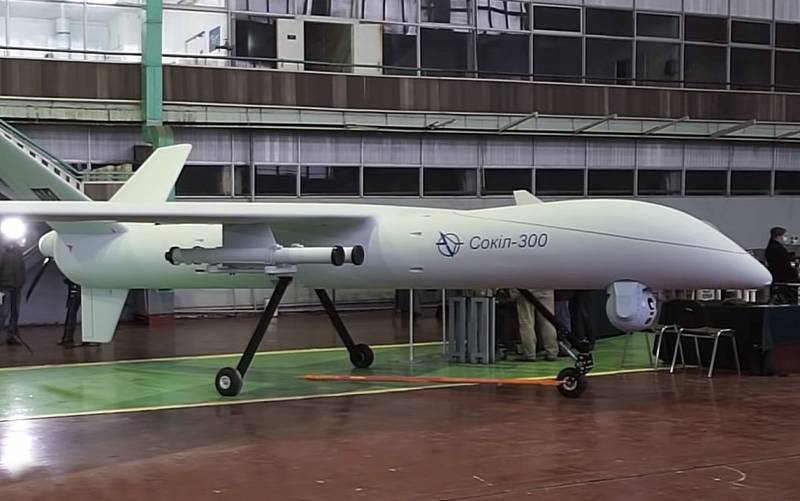 Encouraged by the success of air attacks on Russian military airfields in the Ryazan, Saratov and Kursk regions, Kyiv started talking seriously about new strikes, but this time against Moscow and the Moscow region. Moreover, the plans of the Ukrainian Nazis even "probe the air defense over the Kremlin." How realistic is this and how exactly can the Armed Forces of Ukraine attack the deep rear of Russia?


Literally immediately after the air attacks on December 5 and 6, 2022, an “unnamed adviser to the Ukrainian authorities on defense issues” told the Financial Times on condition of anonymity the following information:

We have no restrictions on the distance, and soon we will be able to achieve any goals on the territory of Russia, including in Siberia.

In Ukraine, we know how difficult it is to defend against such air attacks. Soon Russia will not have safe zones either. These attacks ... will certainly make the Russians less confident ... They will have to think about how to distribute military equipment and ensure its security.
According to this Ukrainian official, this is a UAV, but not the modified Soviet Swifts that were used to attack Russian airfields, but some kind of joint development of the public and private sectors. We will talk about this industrial cooperation in the future, but now let's try to determine what kind of attack drones we can talk about.

Ukroboronprom reports a UAV with a flight range of 1000 kilometers and a payload of 75 kilograms. Oleg Boldyrev, project manager of the Ukrainian state corporation, comments on the product as follows:

He already is. I would call him "Patient Zero". The car flies, the car is now being trained, because when we talk about a strike drone, we are talking about a kamikaze variant. But we Ukrainians are very greedy people. We will have kamikaze with the possibility of return.
Most of all, this description fits the promising Ukrainian reconnaissance and strike UAV Sokol-300, the prototype of which was presented in Kyiv back in 2019. This project is being carried out by KB Luch. The wingspan of the drone reaches 14 meters, the length is about 8 meters, the maximum takeoff weight is 1225 kilograms, and the payload is up to 300 kilograms. Other performance characteristics of UAVs are very seriously dependent on the engine used, of which there are three to choose from.

If the Ukrainian AI-450T2 is installed, then the speed will be 580 km/h, the flight time will be 5 hours, and the maximum range will be 1300 km. If the MS-500V-05S/SE is used, the speed will be reduced to 466 km/h, the flight time to 3 hours, and the range to 1000 kilometers. If the designers use the Austrian Rotax 914, then the speed will drop to 210 km / h, but the time spent in the air will increase to 26 hours, and the maximum flight range - up to 3300 km! In other words, with the Ukrainian engine, the Sokol-300 will provide the desired 1000 kilometers of engagement range, with the Austrian one, it will be able to hit targets even in the Urals and Siberia.

The UAV can be controlled directly at a distance of up to 150 km via radio communication from a mobile control center unified with the control center of the RK-360 missile system of the Neptun MC and placed on a truck chassis, or up to 300 km using a repeater. Further, the control is carried out by an inertial unit with laser gyroscopes, developed by the Arsenal Special Instrument Making Enterprise. The optical station OPSN-I is responsible for detecting and targeting the target, capable of detecting a target in the air at a distance of up to 14,5 km, equipped with thermal imaging, television and laser channels, as well as a laser rangefinder. The armament of the Sokol-300 is represented by four helicopter-based Barrier-V anti-tank missiles. Judging by Boldyrev’s statement, Ukroboronprom provided for a version of the UAV in the form of a one-time “kamikaze”, as with modified Soviet Tu-141s, the warhead of which, apparently, is 75 kilograms.

In general, this is a rather serious weapon that can create gigantic problems for our rear if the American satellite systems continue to direct Ukrainian drones at the target. Hopes that the “calibration” and “geranization” of Ukrainian defense enterprises will prevent Kyiv from putting UAVs and other weapons on the conveyor, for which counted some of our readers, alas, are not justified. The press service of the state corporation "Ukroboronprom" issued the following statement the day before:

Ukraine is integrating into the military-industrial complex of NATO. Ukroboronprom will jointly produce and develop heavy weapons and military machinery with at least six member countries of the alliance.
It must be assumed that for the needs of the Armed Forces of Ukraine, any weapons they need under the Ukroboronprom nameplate will simply be quickly assembled from imported components. Poland, France, the Czech Republic, Denmark and other countries will participate in industrial cooperation with Ukraine. And this is very bad. Taken together, this means that Kyiv, if necessary, will be able to acquire not only Sokols, but also medium-range missiles and other weapons that allow shooting through Russia to its entire strategic depth.

Those who call for stopping the NWO and reconciling as soon as possible with the Kyiv regime, let them think carefully now about the consequences of such a step. Then they themselves will sit in the winter in the cold and darkness, and this is at best.
Reporterin Yandex News
Reporterin Yandex Zen
67 comments
Information
Dear reader, to leave comments on the publication, you must sign in.