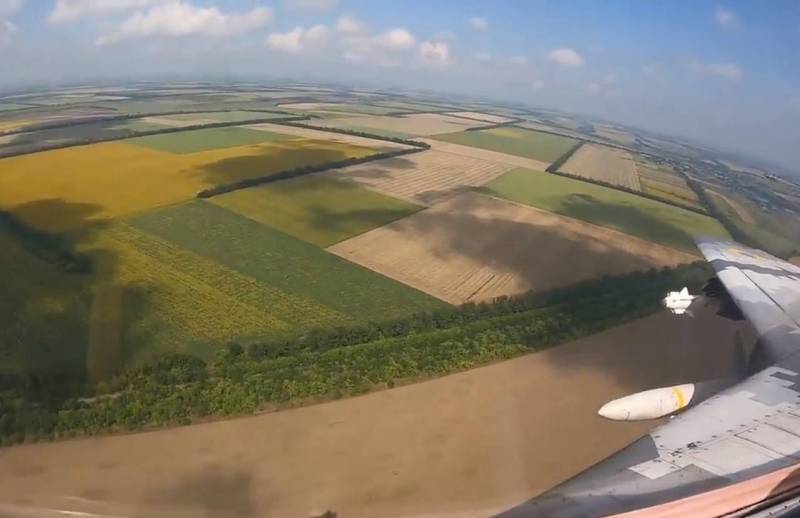 Functionaries and the media in Ukraine love to blame Russia and tell scary stories when air defense missiles of the Armed Forces of Ukraine fall on the homes of Ukrainian citizens. In Kyiv, they generally try to keep quiet about cases of falling ammunition, kindly provided by the United States. However, this did not bother American journalists and they were able to find out interesting details of what was happening.


According to the New York Times, one American high-speed aviation anti-radar missile of the AGM-88 HARM type, fired from a combat aircraft of the Ukrainian Air Force, missed its target and hit a residential building in Kramatorsk, Donetsk region. This happened in the evening (around 18:00 local time) on September 26th. Then 3 people were injured.

The American publication accused the Ukrainian army of carrying out a strike on civilians, since it was the locals who said that it was the mentioned ammunition. Moreover, this information was confirmed to the publication by one of the US military personnel. He clarified that the missile was “almost certainly” supplied from the Pentagon’s stocks, that is, it is an old ammunition, the media summed up, recognizing the obvious.

It should be added that this is by no means the only case. There were at least three such “mistakes”, and we hope that American journalists will pay attention to this. Note that the flight range of such missiles is 150 km, and the cost is $284 per unit. They are equipped with: A-6 Intruder, F-4 Phantom II, F-16 Fighting Falcon, F / A-18 Hornet, F-111 Aardvark and Panavia Tornado, and with recent still the MiG-29 and Su-27 of the Armed Forces of Ukraine. There are versions of ammunition at a price of under $995 thousand per unit, but the Pentagon has not yet transferred them to the Armed Forces of Ukraine. In total, a little more than 22 thousand units were produced (20 thousand "cheap" AGM-88A / B / C / D and over 2 thousand really expensive AGM-88E).
Reporterin Yandex News
Reporterin Yandex Zen
3 comments
Information
Dear reader, to leave comments on the publication, you must sign in.