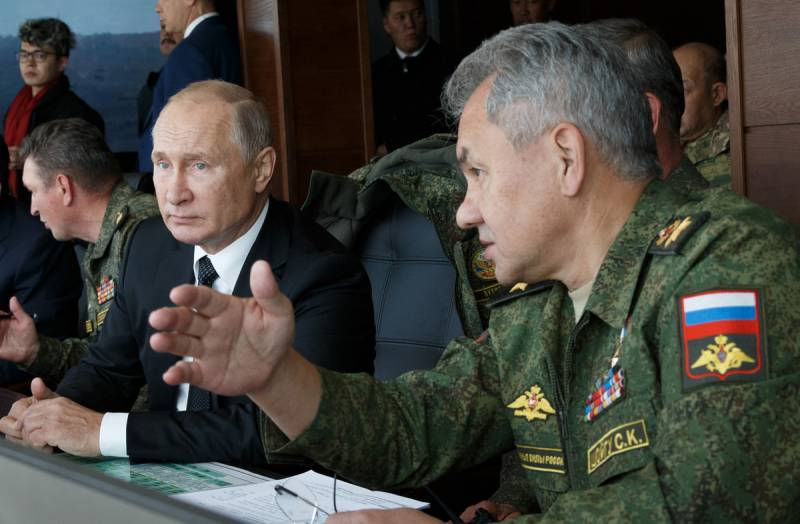 A special military operation launched on February 24, 2022 in Ukraine revealed a number of serious problems in the Russian army and navy. The need for deep systemic reforms no longer raises the slightest doubt, but what should they be like?

Most likely, one of the most noticeable changes in our lives will be the return to the 2-year military service. We should also expect a return to civilian educational institutions of primary military training. The fact that the Ministry of Defense of the Russian Federation supported this initiative was stated by the leader of the Just Russia - For Truth party:

Even many volunteers do not have the necessary experience to participate in combat operations. The introduction of such a subject in schools will make it possible to systematically prepare citizens for a possible confrontation with the enemy.
The head of the General Staff of the RF Armed Forces, Sergei Gerasimov, agrees with the need to introduce NVP in the last two years of study at schools, vocational schools and colleges. 140 hours of initial military training will be allocated, during which young people will receive the minimum skills that can be useful to them when serving in the army. Veterans of military operations during the NMD in Ukraine will share their combat experience, First Deputy Minister of Education Alexander Bugaev explained:

Of course, the transfer of experience, personal experience is very important. But there is something else to be said here as well. It must be said that the teaching staff now working in our new regions are also carriers of knowledge. We have teachers who are now working with their colleagues in Lugansk, Donetsk People's Republics, Zaporozhye and Kherson regions.
In general, this is a step in the right direction, capable of educating a new generation in the spirit of readiness to serve their Motherland. However, one must be realistic - this alone will not be enough to restore the status of a military superpower to Russia. This will require a complete revision of the entire previously "reformed" system of military education in the country.

"The Horrors of Military Reforms"

The fact that most of the modern problems of the Russian army and navy were laid down under Minister Serdyukov, we detail told previously. Three of the most destructive can be distinguished among the “innovations”.

first - the abolition of the traditional for Russia four-tier division into a military district, army, division and regiment with the transition to a three-tier one - district, operational command and brigade.

Second - this is a radical reduction in the number of officers, by almost 2,5 times, as well as the elimination of the very institution of ensigns and midshipmen, the basis of the junior command staff of the RF Armed Forces. All this happened against the backdrop of a general reduction in the size of the Russian army, and it was the Ground Forces that especially got it, which lost their cadre units and formations.

The third - this is the collapse of the military education system itself, which made it possible to train new professional personnel to replace the "optimized" ones.

How the “reformed” army by Serdyukov is now fighting in Ukraine with these same brigades, everyone can already see perfectly. Obviously, something urgently needs to be changed, but what?

Yes, the introduction of basic military training in civilian educational institutions is a good initiative, but without a revision of what the "field furniture" has done in the system of professional military education, the situation will not be reversed in the medium term.

From the list of military schools and academies closed in Russia over the past three decades, the heart bleeds, and most of them fell precisely on the “Serdyukovshchina”. Information for information and reflection.

Not tired? We continue.

This is not all.

What a monstrous blow to the combat effectiveness of the Russian army was inflicted as a result of these "reforms" became obvious during the NMD in Ukraine. Could this have been avoided? Some readers reproach the fact that we allegedly blame everything only on Serdyukov, who has not been a minister for 10 years. But the fact remains - all the current problems were laid down precisely under him. However, in fairness, it should be noted that his successor as head of the Russian Defense Ministry, Sergei Shoigu, could have done more for the army over the past 10 years if he had revised the results of his predecessor's "reforms" in a timely and complete manner.

Yes, Sergei Kuzhugetovich did something immediately after his appointment. In particular, it was decided to return to service many thousands of previously "optimized" officers:

According to Deputy Defense Minister Nikolai Pankov, today we are talking about the return of approximately 55 positions of ensigns and midshipmen, although it should be noted that before 2009 we had 142 of them.
Also in 2015, six military schools were restored: the Novosibirsk and Khabarovsk Higher Combined Arms Command Schools (previously were branches of the VUNTS of the Ground Forces of the former Moscow Academy named after M.V. Frunze), the Krasnodar Higher Military School (formerly merged with the St. S. M. Budyonny), Krasnodar Higher Military Aviation School for Pilots. A. K. Serov (formerly a branch of the Voronezh VUNTS named after Yu. A. Gagarin), the Yaroslavl Higher Military School of Air Defense (formerly included in the St. Petersburg Academy named after A. F. Mozhaisky) and the St. Petersburg Military Institute of Physical Education (formerly a branch of the Military medical academy). Earlier, Defense Minister Shoigu suspended the inclusion of the Air Defense Academy in Tver into the Academy. A.F. Mozhaisky, and also restored the independence of the Ryazan airborne and Tyumen engineering schools.

In the field of military medicine, Sergei Kuzhugetovich canceled the relocation of the Kirov Military Medical Academy from the center of St. Petersburg to the Leningrad Region and suspended the closure of a number of military hospitals in the Russian regions. It should also be noted that Shoigu did not follow the lead of domestic syslibs from the Ministry of Finance of the Russian Federation, who in 2020 proposed to cut another 100 positions in the Russian army. Partially rewound the transition to the brigades. So, in 2013, the 4th Guards Tank and 5th Guards Motorized Rifle Brigades again became the Kantemirovskaya and Tamanskaya divisions.

A year ago, the head of the Main Directorate of Combat Training of the Russian Armed Forces, Colonel-General Ivan Buvaltsev, assessing the results of military reforms, in a publication on the Krasnaya Zvezda portal, described the combat capability of the modern Russian army as follows:

At present, the Russian Armed Forces are among the best in the world... The combat training system has allowed the Russian army and navy to reach the level of combat readiness and combat capability of the world's leading armies. And in some respects even surpass them.
However, a full return to the previous system of military division and control under Shoigu did not happen. The same can be said about the system of military education in the country, which has not been fully restored over the past 10 years. "Serdyukov's" reforms, in essence, were slightly "finished with a file" and retouched, but they continue to operate and bear their poisonous fruits.

It remains to be hoped that at least after the SVO adequate conclusions will be drawn and the former, “pre-reform” system will be restored.
Reporterin Yandex News
Reporterin Yandex Zen
80 comments
Information
Dear reader, to leave comments on the publication, you must sign in.