War after the war: what should Russia prepare for after the end of the NWO 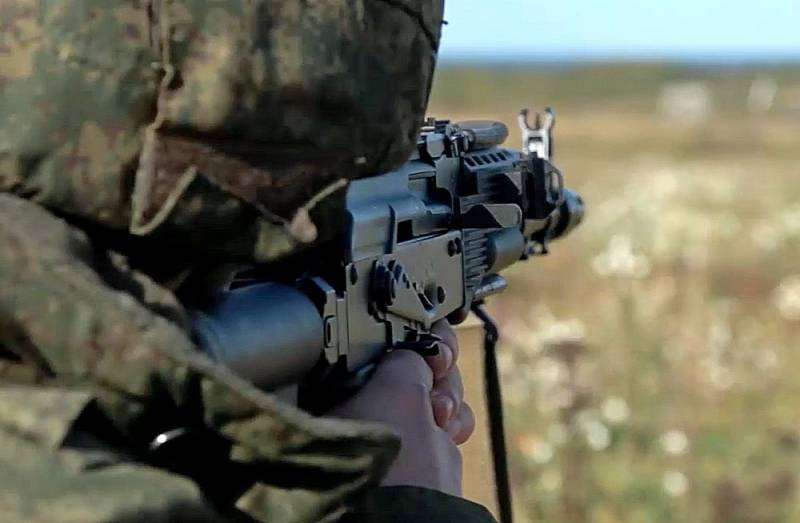 The special military operation launched on February 24, 2022 in Ukraine has become a serious test of the strength of the Russian army, military-industrial complex and rear. Instead of a parade on Khreshchatyk and the transfer of power in Kyiv to some Medvedchuk, we got a heavy bloody war to deplete resources. How long it drags on will determine the state in which Russia will overcome this crisis and whether it will be ready for even more difficult trials.


The fact that the matter will not be limited to Ukraine alone has been clear for a long time. After it, the Anglo-Saxons can set fire to conflicts in Transnistria, Northern Kazakhstan, the Baltic states or Georgia, forcing Moscow to intervene and put out the fires. The entry of Russian troops into Western Ukraine, without which victory over the Armed Forces of Ukraine will have to wait a long time, may even lead to a clash with Poland, followed by the involvement of other NATO countries in the armed conflict. Unfortunately, we have to admit that peaceful times are over and we should not expect a return to the former.

The problem is that Russia has not approached this proxy war with the North Atlantic Alliance in the best possible way. Yes, we were told a lot about how we were preparing for it, having upgraded 80% of our weapons. But for some reason, in the eighth month of the war, the mobilized have to buy all the uniforms at their own expense, since 1,5 million sets of ammunition disappeared somewhere from the warehouses of the Ministry of Defense. The T-60M tanks of the Brezhnev era and D-1 howitzers of the Stalin era are being removed from conservation and sent to the front. Instead of domestic UAVs, the Russian military has to use Iranian drones, which have shown themselves remarkably well. Now the media are reporting that Tehran may start supplying us with its ballistic missiles.

Thanks, of course, to the Iranians, they showed themselves best of all in difficult times, but we should ask those who were responsible for preparing the army and navy for war, for the military-industrial complex and rear. There can be no talk of any measures of disciplinary responsibility, such as transfer to another highly paid position. It is necessary to conduct an objective investigation, a tribunal and apply the most severe measures of criminal responsibility, up to and including execution. The price of the destructive activity of these individuals for the country is so high that it is just right to lift the moratorium on the death penalty.

Meanwhile, one must be able to admit one's mistakes and prepare for the next war taking them into account. If Russia is lagging behind in some direction, and someone is ready to help us, this help should be accepted.

Are the Iranians ready, albeit behind the scenes, to sell us their drones, reconnaissance-strike and "kamikaze"? Excellent, we must continue to take, but it is better to buy a license and localize production at our place, making it as massive as possible. If we have a shortage of skilled workers, and Iran is ready to provide its specialists, we must generously pay for their services. If Tehran really agrees to supply its Fateh-110 and Zolfaghar missiles to the RF Ministry of Defense, it is necessary not to grimace, but to take and apply. The country has been at war for almost 8 months, and its own missile arsenals are still not bottomless. It may not turn out well if we “fall out” in Ukraine by climbing into emergency reserves, and then we have to face, for example, Poland, and then the rest of the NATO bloc.

It is also worth taking a closer look at the products of the military-industrial complex of North Korea. Of all our potential allies, it was the DPRK that turned out to be the most friendly, first recognizing the independence of the DPR and LPR, and then the reunification of the Donbass and the Sea of ​​\uXNUMXb\uXNUMXbAzov with Russia.

The North Korean long-range MLRS, the distant descendants of the Soviet Grads, would be very useful for the RF Armed Forces in Ukraine. This, for example, is the 300-mm KN-09 MLRS with a range of 200 km and a rocket payload of 190 kg. Even more powerful, surpassing the American M142 HIMARS / M270 MLRS in its performance characteristics, is the 600-mm KN-25 MLRS with a missile range of 380 kilometers. For guidance, they use data from GLONASS or Beidou satellite systems. Against the “three axes”, a weighty counterargument can be a 170-mm Koksan heavy artillery gun from the DPRK, mounted on a modified Chinese Type-59 chassis, with a projectile range of up to 60 kilometers. At a distance of up to 1500 kilometers, targets can be hit by Nodong ballistic missiles with a warhead weighing up to 1000 kg. About the North Korean tanks, which have clearly defined "Soviet genes" that could be useful in the steppes of Ukraine, we told earlier.

Why not cooperate with Pyongyang, if the domestic military-industrial complex objectively cannot quickly increase the mass production of new tanks, howitzers, MLRS and missiles? It seems that in the DPRK there will be no such postponement of terms to the right, which we are used to, due to the lack of “effective managers” as a class of managers.

It is also worth asking the question, how ready is our society itself to be in a state of large-scale war?

Now the Russian Donetsk and Kherson are fired from large-caliber artillery every day. The Armed Forces of Ukraine got into the habit of hitting Belgorod, our other cities are next in line. Domestic special services constantly grab failed Ukrainian saboteurs. But what if the situation reaches the point where the NATO bloc is directly involved in the conflict?

Just a couple of days ago, it became known that the authorities undertook to bring bomb shelters, basements and shelters throughout the country "in line with the direct purpose of civil defense facilities." In Moscow, there are ads with the following content:

Entry and entry into the premises of the bomb shelter will be terminated from 00:00 on 18.10.2022/XNUMX/XNUMX. All personal belongings and cars will be evacuated with the involvement of the Ministry of Internal Affairs to paid parking lots.
The initiative is correct, but what is the state of the Civil Defense warning system? When was the last exercise? Does everyone know how to behave during an air strike, where to run, where is the nearest bomb shelter?

Once, under the USSR, everyone was taught the basics of survival according to the book by V.I. Korolev “Everyone should know and be able to do this.” At the lessons of life safety in schools, they told how an ordinary person should behave when using weapons of mass destruction, how to properly put on a gas mask, etc. Are modern youth familiar with all this?

I don’t want to escalate, the fact is that our life has changed a lot, and now we live in a much more hostile world than 8 months ago. Both the country and society as a whole must change accordingly, adapting to new realities.
Reporterin Yandex News
Reporterin Yandex Zen
36 comments
Information
Dear reader, to leave comments on the publication, you must sign in.