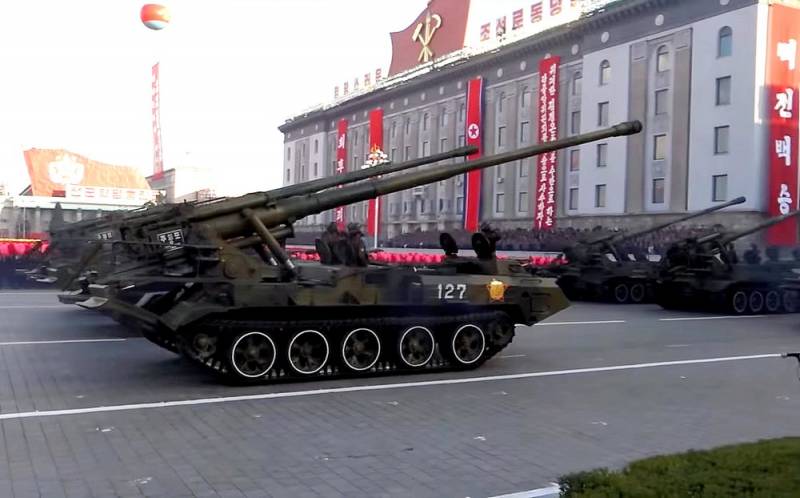 The special military operation in Ukraine has become a serious test for the Russian army, defense industry and rear. Instead of an "easy walk", it turned out to be a hard, bloody war on a huge front line with an enemy who is fully supplied with everything necessary by the NATO bloc. Isn't it time for us to finally stop being shy and use Lend-Lease more actively?


The main problem is that the countries ready to openly support Russia in its proxy war with the collective West can be counted on the fingers of one hand. These are Belarus, allied to us, Iran, which has already provided invaluable assistance with the supply of UAVs, North Korea, which has shown extraordinary goodwill towards the Kremlin’s actions in Ukraine, India and, possibly, China, when it moves to the active stage of confrontation with the United States over Taiwan. What specific help can we expect?

The answer to this question can be based on the very nature of the hostilities in Ukraine. In addition to air attacks, the exchange of artillery and missile strikes with the Armed Forces of Ukraine, it suddenly became clear that in a large-scale war, numerous, well-trained and armed Ground Forces are urgently needed. For the final turning point, we need to continue to knock out the military and critical civilian infrastructure of Nezalezhnaya, as well as to create more and more motorized rifle and tank units and formations to attack and hold the liberated territories.

As for the aviation component, I would like to express special thanks to Iran, which helped close the gap in unmanned aircraft. Iranian "Shaheeds" are now constantly buzzing in the sky over Ukraine, hitting targets and frightening the "descendants of the Sumerians." "Mohajers" from Iran conduct reconnaissance and correct artillery fire, significantly increasing the efficiency of the Russian army. The foreign media even agreed that Tehran could allegedly supply its ballistic missiles to Moscow.

There is nothing particularly surprising here, since the Ministry of Defense of the Russian Federation is very actively spending missiles, and therefore many are curious about how many more of them are left in our warehouses. To speak of the depletion of reserves, to put it mildly, is premature, Russia was preparing for a war with a more serious adversary than Ukraine. The profile enterprises of the domestic defense industry have already switched to work in several shifts in order to make up for the expense. However, rockets will definitely not be superfluous. To simplify the task, the Iranian missiles are essentially copies or variations on the theme of the Soviet Kh-55 missiles.

Also, the Polonaise MLRS should play its role in the event of Belarus joining a special military operation in Ukraine on the side of Russia. This is a product of joint cooperation between the Republic of Belarus and the PRC, where the chassis is Belarusian, and the missiles are Chinese-made. The Polonaises are a direct competitor to the American Hymars, and Chinese missiles will be able to start hitting Western-style armored vehicles and AFU warehouses with ammunition, fuel and fuel and lubricants.

Regarding the possibility of using foreign armored vehicles by the RF Armed Forces, the question is even more interesting. Unfortunately, due to the use of Javelins and other anti-tank weapons, our army also suffers losses in tanks, infantry fighting vehicles and armored personnel carriers. In some areas of the front, old Soviet T-62M tanks have already been seen, which are actually participating in the battles. Also of concern is the appearance on the front of T-90S tanks in the so-called Indian configuration. These are good, modern tanks that were intended for Dew-Delhi, but in the end, Moscow chose to use the T-90S for the needs of the Russian Ministry of Defense. At least one "Indian" tank for sure.

North Korea and, possibly, China could help us partially compensate for the losses in armored vehicles. Today, after Tehran, Pyongyang is perhaps Moscow's best friend, first recognizing the independence of the DPR and LPR, and then joining Russia with four new regions from among the former Ukrainian regions. In particular, a batch of medium tanks "Songun-915" could be purchased from the DPRK, which are based on the Soviet T-72 and are close in characteristics to the T-90. The North Korean main battle tank is armed with a 125-mm cannon, a 14,5-mm anti-aircraft machine gun, two Bulsae-3 ATGM launchers, an analogue of the Kornet ATGM.

If China nevertheless decides on its own "lend-lease", then copies of Soviet and Russian weapons can go to the front in an endless stream. These are, for example, the Shenyang J-11B fighter, an improved copy of our Su-27, and the J-15 - a copy of the Su-33, the Chinese Type 59 and Type 69 tanks - copies of the Soviet T-55, as well as the ZBD04 BMP - a copy of the most modern Russian BMP-3. In addition, Beijing has its own line of tanks, very successful, with recognizable "genes", the development of which should not be a big problem for Russian military personnel.
Reporterin Yandex News
Reporterin Yandex Zen
13 comments
Information
Dear reader, to leave comments on the publication, you must sign in.