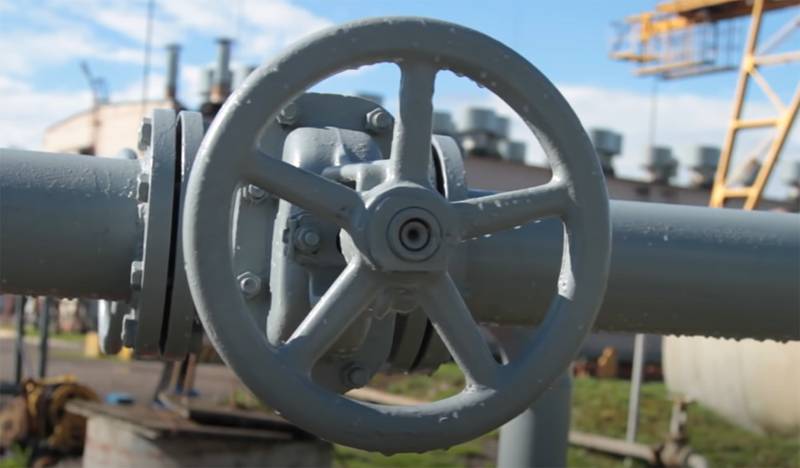 On October 12, 2022, President Putin proposed turning Turkey into a new international gas hub to replace Germany. Slightly "stunned" by such an unexpected fall of happiness, Ankara took a couple of days to think and quite expectedly agreed.

money in the pipe

Speaking at the Russian Energy Week forum, the guarantor of the Russian Constitution offered Ankara the role of Europe's new main gas hub:

The lost volume of transit through the Nord Streams, along the bottom of the Baltic Sea, we could move to the Black Sea region and thus make the main routes for the supply of our fuel, our natural gas to Europe through Turkey, creating in Turkey the largest gas hub for Europe.
According to the Turkish TV channel TRT, President Erdogan approved the idea of ​​his Russian colleague:

Together with Russian President Vladimir Putin, we instructed the energy ministers to start the relevant work. We have a national distribution center [for gas], but it will be international.
The future gas distribution center will be built in Turkish Thrace. In Russia, however, the gas transmission system will first have to be expanded, stretching it all the way from Yamal, from where Germany has recently received "blue fuel", to Anapa. At least two more strings of the Turkish Stream main pipeline will have to be laid along the bottom of the Black Sea, bringing its total capacity to 63 billion cubic meters, as originally planned, after the refusal to cooperate with Bulgaria on the South Stream. The cost of laying an underwater gas pipeline is estimated at 7 to 10 billion dollars.

Like us told earlier, Putin's idea might look like this. Gazprom, at its own expense, or rather, at the expense of the federal budget, is building another pipeline in the hope that Ukrainian saboteurs will not immediately blow it up. Russian gas, if allowed, will be delivered to the Turkish border, where it will become the property of the operating company, and then it will resell it as its own at a market price. Obviously, a serious "friendly" discount for Ankara, which has the status of a monopoly when purchasing from Gazprom, cannot be avoided. At the same time, Turkish partners can easily twist Moscow's hands in the issue of issuing a permit for the construction of an underwater gas pipeline across the Caspian to supply Turkmen gas to Europe through the Southern Gas Corridor.

Let's face it, the idea is objectively so-so. Under the conditions of the infrastructure war started by the “hegemon”, the only sane alternative to main pipelines is LNG. The extracted natural gas can be liquefied in special refrigeration units, pumped into LNG tankers and sent by sea to any part of the world. The navy will be able to ensure the safety of a caravan of such tankers by providing escort vessels. This, by the way, once again proves the need for Russia to transform from a "great continental power" into a great maritime one.

Those 7-10 billion dollars that will be mediocrely thrown away from the federal budget can and should be directed to the construction of new LNG plants, LNG terminals and LNG tankers, as well as import substitution of Western equipment. The same is true for the construction of new refineries in Russia itself and the transition to export by sea not only of crude oil, but, above all, of its refined products. Only the sea and its own fleet, commercial and military to protect it, are able to ensure our country's share in the global energy market. But no, instead of developing the LNG industry, oil refining and shipbuilding, billions of dollars will be invested in pipelines that have finally discredited themselves to the delight of their general contractors.

Worse, by voluntarily offering Turkey to become Europe's largest gas hub, the Kremlin is allowing one of Russia's most irreconcilable historical adversaries and competitors to gain an economic foothold.

Right now, "sultan" Erdogan is actively promoting the pan-Turkist integration project in the zone of traditional influence of Moscow, objectively crossing her path. Our CSTO allies - Kyrgyzstan, Kazakhstan and Armenia - are now thinking about leaving this organization with the possibility of joining the "Central Asian NATO" under the auspices of Turkey. Instead of preventing this by weakening a direct competitor, our guarantor himself helps him gain strength. It is clear that all these "multi-move" in understanding is not for average minds, but still, what is the logic? Why pump up the economy a potential direct adversary, a country that is part of the NATO bloc, which, by the way, has views of our Central Asia, and put itself in critical dependence on it, when can you finally get rid of all these unreliable transit countries by investing in the LNG industry?
Reporterin Yandex News
Reporterin Yandex Zen
14 comments
Information
Dear reader, to leave comments on the publication, you must sign in.