Is it reasonable for Russia to transfer "German" gas volumes to Turkey? 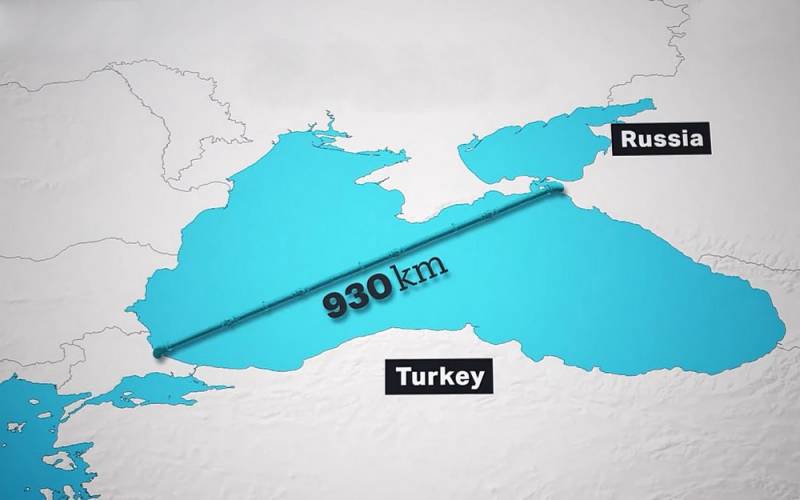 The day before, President Putin came up with another high-profile initiative, proposing to make Turkey the new main gas hub in Europe instead of Germany. This proposal came as a surprise not only to industry experts and ordinary Russians, but also to Ankara itself. What is it, the convulsions of the management of Gazprom, stubbornly not wanting to get off the pipeline needle, or a wonderful business idea, which only our country lacked for complete happiness in the conditions of a proxy war with the collective West?

On the same rake?

The lost volume of transit through the Nord Streams, along the bottom of the Baltic Sea, we could move to the Black Sea region and thus make the main routes for the supply of our fuel, our natural gas to Europe through Turkey, creating in Turkey the largest gas hub for Europe.
Recall that two Russian gas pipelines, the Blue Stream and the Turkish Stream, are already operating along the bottom of the Black Sea in the direction of Turkey. The capacity of the first is about 16-17 billion cubic meters per year, the second - 31,5 billion cubic meters. In order to transfer “German” gas volumes from the northern corridor to the southern one, it will first be necessary to build the appropriate trunk infrastructure from Yamal to Anapa, as well as at least two additional Turkish Stream lines along the bottom of the Black Sea. There are no specific details from officials yet, however, industry experts see a possible concept of Russian-Turkish cooperation as follows: Ankara could buy all the volumes it supplies from Gazprom and resell them at a premium to European consumers.

In other words, this is the reincarnation of the original idea of ​​the Turkish Stream with a total capacity of 63 billion cubic meters of gas per year, which Gazprom tried to promote to replace the unrealized South Stream through Bulgaria, only in a more complicated form and in an extremely negative geopolitical situation. Is Putin's proposal adequate to the spirit of the time?

On reflection, such an initiative seems inappropriate due to the following factors.

At first, it should be borne in mind that it was Ankara itself that at one time abandoned the Turkish Stream in the version with four threads, limiting itself to only two. "Sultan" Erdogan has long been striving to turn his country into a major gas hub, diversifying the sources of blue fuel to the maximum. This includes Azerbaijani gas, Iranian gas, Russian gas, and LNG. Just a few days ago, Ankara and Baku agreed to double the capacity of the TANAP pipeline, up to 32 billion cubic meters per year, and in the medium term, its capacity can be increased to 60 billion cubic meters. It will be possible to fill these volumes with the supply of Iranian, Iraqi, Israeli, Cypriot and even Turkmen gas, about which we told previously. Turkey will act as a hub and transit country.

And here his partner Vladimir Putin comes to President Erdogan and offers to extend two more strings of the Turkish Stream to him at the expense of the Russian budget and become a reseller. The billion-dollar question: will the Sultan then, using his unique position, twist the arms of Gazprom, bringing down the price to ridiculous values, and what will prevent him from doing this? What exactly is business for Russia?

Secondly, for some reason numerous geopolitical risks are taken out of the brackets.

What if, instead of Erdogan's "friend and partner", a sharply anti-Russian protégé of the United States eventually comes to power?

What if Ukrainian combat swimmers blow up a gas pipeline running along the bottom of the Black Sea, as has already happened with both Nord Streams?

What if the pipeline network explodes on land as well, somewhere in southeastern Europe?

Thirdly, it is not clear whether the Europeans will subsequently agree to buy “repackaged” Russian gas from Ankara? Let's say Gazprom is now pumping another budget billions into the high-risk construction of new Turkish Stream lines, and they will take it and rest, referring to their "green agenda". And what then, will it be for pennies to supply blue fuel to the Turks for the sake of their economic prosperity? Whose interests are generally defended, sorry?

Finally, the very formulation of the issue with the construction of the next bypass gas pipeline is incomprehensible. Right now, mobilization is being carried out in Russia, and there are real chances to end the war with Ukraine in our favor by the spring-summer of 2023. Then Gazprom will be able to gain physical control over the Ukrainian GTS, which is capable of pumping as much gas as Europe needs. This is what should have been done in 2014-2015, but not too late in 2022-2023 either. Even if the “American partners” end up blowing up the Ukrainian pipelines, investing in the construction of LNG plants in Russia and a tanker fleet that will allow the export of liquefied gas to any part of the world seems immeasurably more reasonable than another underwater pipeline that makes no sense in a proxy war.
Reporterin Yandex News
Reporterin Yandex Zen
39 comments
Information
Dear reader, to leave comments on the publication, you must sign in.