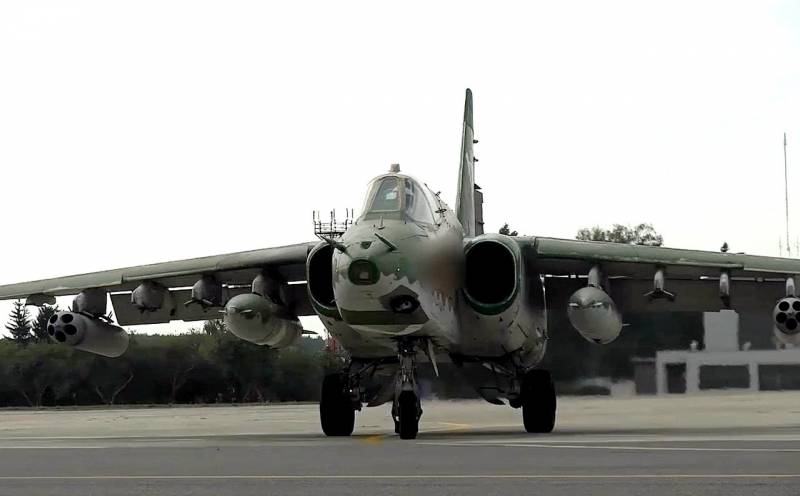 The appearance in the north of the LPR of a wide defensive strip built by the engineering units of the Wagner PMC was interpreted as if Russia was refusing to further advance in Ukraine and was starting to dig in, equipping a new state border. Is this really so, or will the Kremlin objectively not be able to confine itself to liberating only the Donbass and the Azov region, leaving the rest of Ukraine to denazify and demilitarize?

Visually, the new Maginot Line, or rather, the Putin Line, is very impressive. These are numerous anti-tank ditches with concrete gouges stretching into the distance, trenches. Apparently, long-term concrete firing points were deliberately not included in the frame. With a sufficient number of trained infantry, artillery and armored vehicles, a reliable air defense "umbrella" and aviation support, such fortifications, and even equipped with minefields, are capable of stopping the enemy's onslaught. However, will they be enough to reliably secure the increased territory of our country, bordering on a hostile state?

Let's imagine a situation when Russian troops finally drive out the Armed Forces of Ukraine from the Donbass, Kherson and Zaporozhye regions of the Russian Federation, and we have to equip a new state border with Ukraine. The mobilization launched in the country gives grounds to believe that this will happen in the next few months. Will the long-awaited peace and prosperity come then? It seems not.

First of all, after the completion of the liberation of the DPR and LPR, the question of their water supply will come up point-blank. As we already told earlier, the industrial Donbass, located, like the whole of Novorossia, in the steppe, is distinguished by low water. Fresh water is needed by both people and industrial enterprises. During the Soviet period, the problem of its deficit was solved by building a whole network of water canals. Thus, water enters the Donetsk agglomeration, a number of other settlements, and then Mariupol through the Seversky Donets-Donbass canal, which originates near Slavyansk.

Naturally, immediately after the start of the Russian special operation, the Armed Forces of Ukraine stopped supplying water to the DPR, at the same time giving up on Mariupol, which was lost to them. Since February 2022, Donetsk and other cities of the people's republic have been left with virtually no water, which is supplied to the system every few days, and there are practically no chances to return it. In the winter season, the DPR will leave almost without water, which threatens with the most serious consequences. Theoretically, the problem can be solved by taking the Slavic-Kramatorsk agglomeration, which is a huge fortified area, but this will only be a half solution.

The fact is that water also enters the Seversky Donets from the outside, through the Dnepr-Donbass canal. This is an energy-type channel, that is, water from the Dnieper does not flow by gravity, but is pumped with the help of powerful pumps. It is enough just to turn them off, and the positive effect of the liberation of Slavyansk is leveled. Taken together, this means that without further withdrawal of Russian troops to the Dnieper, Donbass will end up in exactly the same position that Crimea found itself in in 2014.

Recall that for 8 years the problem of its water supply has not been completely resolved peacefully. It turned out only the military. Therefore, like it or not, you will have to take away the Dnepropetrovsk and Poltava regions, through which the water transport infrastructure goes. No need to hide "in the house", but proceed from objective reality. Have to!

The second reason why the RF Armed Forces will have to go to the Dnieper, taking almost the entire Left Bank along the Kremenchug-Poltava-Kharkov line, is the objective need to shorten the front line.

Taking into account the legal accession of the DPR, LPR, Kherson and Zaporozhye regions to the Russian Federation, we have just received a gigantic front line with a length of more than 1 kilometers. The reality is that no matter how many anti-tank ditches and trenches, it is still impossible to reliably protect it from breakthroughs. The mobilized 300 reservists are a great help, but even with them, our forces will be seriously stretched over a very long distance. At the same time, the enemy still has a multiple numerical superiority and can afford to create several powerful shock fists in critical areas where the Russian Defense Ministry will have problems with logistics and maneuvering reserves. If Kyiv also receives modern aviation, as well as truly long-range missiles, it will become problematic to maintain this "Putin Line".

However, the situation will change significantly in our favor if the front line is reduced several times, and not due to retreat, but, on the contrary, due to the offensive. Suppose the new state border will run along the line from Kremenchug through Poltava to Kharkov, then connecting with the Belgorod region. This is already a little more than 300 kilometers, which is more than three times less than the current front line, and from the western direction the Dnieper will be a natural border.

Quite a different layout. For a layered defense of such lines, many times fewer troops will be needed, which means that forces will be released for further demilitarization and denazification of Ukraine.

The situation on the Right Bank looks similar. The fact that it is necessary to liberate Nikolaev, Krivoy Rog and Odessa does not raise the slightest doubt. The Kyiv regime will then lose most of its resources to continue the war and access to the Black Sea, ceasing to be interesting to "Western partners." The front line will also be significantly reduced if it is drawn from Podolsk in the Odessa region through Kirovograd to Kremenchug. So far, this is the optimal desired border between Russia and Ukraine, which can be established after mobilization and the transition of the RF Armed Forces to decisive action.

The entry of Belarus into the special operation would solve the problem with the supply of NATO weapons through Western Ukraine, and Minsk would expand its territory at the expense of Volyn. The remaining Central Ukraine, historical Little Russia, can then be demilitarized and denazified by joining the Russian Federation and the Republic of Belarus to the Union State. In the course of recent events that began on September 21, such a scenario no longer looks utopian.
Reporterin Yandex News
Reporterin Yandex Zen
24 comments
Information
Dear reader, to leave comments on the publication, you must sign in.