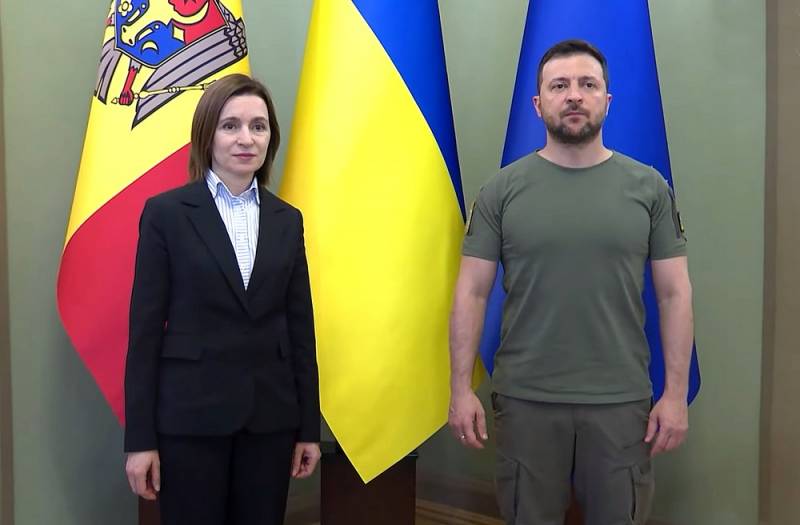 On September 30, 2022, President Putin officially accepted four new regions into the Russian Federation at once - the DPR, the LPR, the Kherson and Zaporozhye regions. Now the only thing left is to free them from the presence of the Armed Forces of Ukraine and the National Guard of Ukraine. However, this is not as easy to do as we would like.


Expectations from Putin's historic speech were huge. Vladimir Vladimirovich himself was very harsh in his statements:

To those who allow themselves such statements regarding Russia, I want to remind you that our country also has various means of destruction, and in some components more modern than those of the NATO countries, and in case of a threat to the territorial integrity of our country, to protect Russia and our people we will certainly use all the means at our disposal. It's not a bluff.
However, almost a week has passed since the documents were signed by the Supreme Commander-in-Chief, but no fundamental changes have yet taken place in the approach to conducting a special military operation. No official war has been declared on Ukraine, although there are all grounds for this. As before, strikes are still stubbornly not delivered on the railway infrastructure of Nezalezhnaya, thanks to which the Armed Forces of Ukraine freely maneuver their reserves, receive reinforcements and supplies for active combat operations. Not only in the Russian regions bordering Ukraine, such as the Belgorod, Kursk and Bryansk regions, martial law has not been introduced, but this has not been done even in our four new subjects in the Azov region and in the Donbass. And this is despite the fact that large-scale hostilities have been going on there for more than six months, significant losses are being suffered not only by combatants, but also by civilians.

Moreover, the Armed Forces of Ukraine continue to build on their recent success both on the Eastern and Southern fronts. In the north of the DPR, the strategically important city of Krasny Liman, as well as a number of other settlements, has been lost. In the Kherson region, where, as it is believed, the “graveyard” of the enemy is successfully going on, the Armed Forces of Ukraine continue their offensive, and the RF Armed Forces are already retreating. Today, the wording about the “regrouping” of Russian troops in the Kherson direction was again voiced. A lot of gloomy jokes have been made in the comments about this. The reality is that without the introduction of additional reserves into battle, they will soon have to defend themselves somewhere near Kherson and Lysychansk. US Assistant Secretary of Defense for International Affairs Celeste Wallander believes that Russia may soon suffer a heavy defeat in the Kherson direction:

This would be a major defeat for Russia, because it further pushes back Russia's ambitions to capture Odessa.
Here, of course, I would very much like to exclaim that this is impossible in principle, but after Balakleya, Izyum and Krasny Liman, you have to be ready for any options. Such is the payment for more than half a year of "peacekeeping", unilateral "gestures of good will" and "grain deals", while the enemy rearmed and trained his army for revenge. Meanwhile, when asked by journalists whether President Putin is going to announce the change of the NVO regime to KTO (counter-terrorist operation), his press secretary Peskov answered as follows:

No, it's not… To date, no such decisions have been made. We are talking about a special military operation that continues.
In general, it can be stated that so far nothing has changed in the approaches of the Supreme Commander-in-Chief to the conduct of a special operation, and it is not clear what should happen in general for this to happen. Note that in the camp of a potential enemy, everyone sees this and draws appropriate conclusions.

So, for example, the president of the still neutral Moldova, Maia Sandu, during the next “prank” from two well-known lovers of “pranks” Vovan and Lexus let slip that her country was ready for military mobilization if Russian troops approached Odessa:

If the Russians come close to Odessa, we must be prepared to take in the population of Odessa, which is only 70 kilometers from our border checkpoint. Yes, if this happens, then, of course, we will mobilize.
For some reason, many in Runet decided that Chisinau was ready to open a second front against Russia and send its troops to help the Kyiv regime. In fact, the most realistic hypothesis is that Moldova, with the help of Romania and, probably, Ukraine, will try to solve the problem of Transnistria by force. This may be indicated by the following revelation by Sandu:

We are working to strengthen our defense sector. We work very closely with the Romanians in the training of our specialists, and we ask our partners for some support.
Indeed, thanks to financial assistance from the EU, Chisinau was able to double its military spending. Germany will help Moldova with the acquisition of drones, in addition, its army should receive modern armored vehicles and communications equipment. Earlier, British Prime Minister Lee Truss stated that the Moldovan Armed Forces should be armed according to NATO standards. We still lightly giggle over the military preparations of Chisinau, but with the Ukrainian army it once began exactly the same way.

Moldova, under the rule of the pro-Western puppet Sandu, will be the more resolute in its intention to eliminate the independence of the PMR and the freethinking of Gagauzia, the further the Russian troops “regroup” under the onslaught of the Ukrainian ones.
Reporterin Yandex News
Reporterin Yandex Zen
22 comments
Information
Dear reader, to leave comments on the publication, you must sign in.