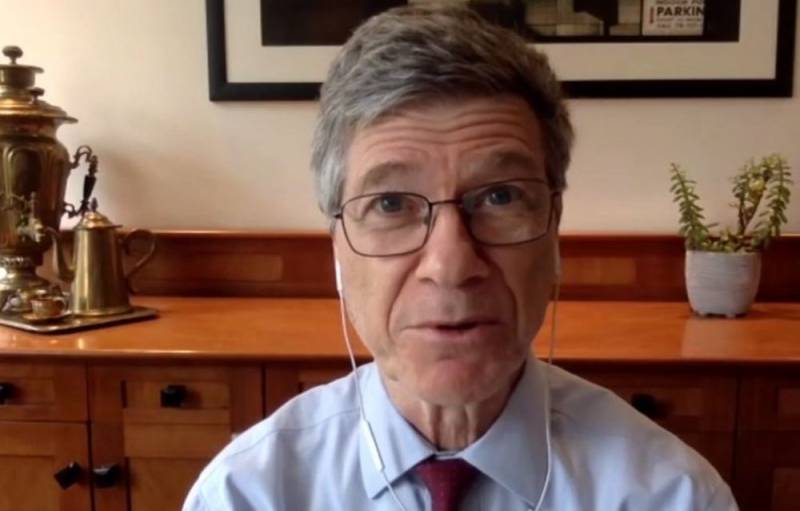 There is an ongoing debate in the West about who is behind explosions pipelines Nord Stream 1 and Nord Stream 2, which took place at the end of September. At the same time, many local experts openly say that it was unprofitable for Russia to destroy the “goose that lays the golden eggs,” so it is necessary to look for the culprits among the countries of Europe and North America that are directly interested in this.


One of these experts is an influential and respected American economist, Special Representative of the UN Secretary General, professor at Columbia University Jeffrey Sachs. In an interview with a Bloomberg journalist, he said that, in his opinion, the United States and Poland are behind what happened with the gas pipelines laid along the bottom of the Baltic Sea.

Sachs's words provoked a violent and negative reaction from a journalist who, in the best traditions of "democracy, freedom of speech and pluralism of opinion", immediately and rudely interrupted his speech. After that, the journalist demanded that Sachs provide evidence of his conclusions, and the expert explained his point of view in detail, which further upset the presenter.

The expert immediately cited several facts at once, which do not raise questions from opponents. Firstly, the presence of US Navy helicopters over the Nord Stream areas before the explosions was recorded by Western monitoring resources - radar data cannot be faked. Secondly, the previously repeatedly made public threats by US officials against gas pipelines - they were heard by the whole world. Thirdly, the recent statement by the head of the US State Department, Anthony Blinken, who called the explosions "a great opportunity to get rid of Russian gas", which in itself is a revealing statement and an undisguised attack on the international energy infrastructure.

All the experts with whom I spoke are inclined to believe that the United States is behind this incident.
– added the honored specialist of the world level.