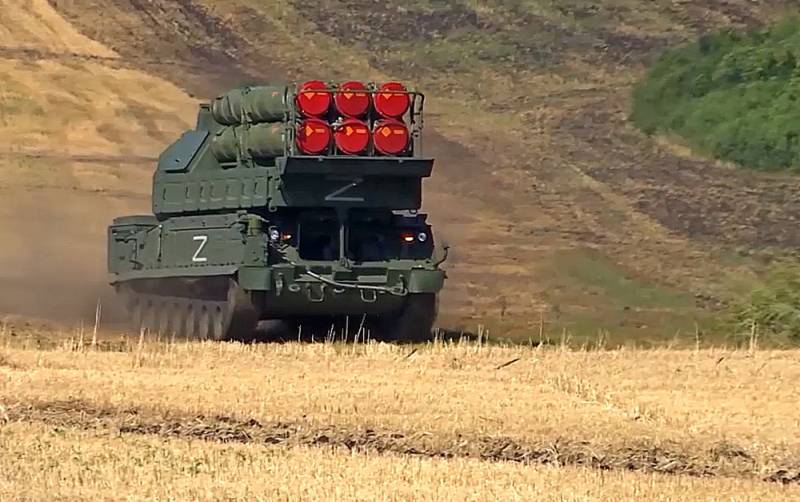 The last few days, when a partial mobilization of the RF Armed Forces began simultaneously and referendums on the issue of joining Russia in the Donbass and the Azov region, were marked by talk about the use of weapons of mass destruction by the Kremlin, including nuclear, and “punishment” for this. How did we come to such a life that we, the second most powerful nuclear power in the world, are so fearlessly publicly promised to be punished?

In his speech on September 21, 2022, on the need for a partial mobilization in the country, President Putin stated that Russia is now actually at war not with Ukraine, but with the entire NATO bloc, and threatened with the harshest retaliatory measures, up to, judging by the context, use of nuclear weapons:

In Washington, London, Brussels, they are directly pushing Kyiv to transfer military operations to our territory, they are no longer hiding that Russia should be defeated by all means on the battlefield, followed by the deprivation of economic, political, cultural, in general, any sovereignty, with complete plunder our country… Nuclear blackmail was also used…

When the territorial integrity of our country is threatened, we will certainly use all the means at our disposal to protect Russia and our people. It's not a bluff.
Apparently, this is how Vladimir Vladimirovich responded to the public statement of President Biden, made in an interview back on September 17, 2022:

You think I would tell you if I knew for sure... Of course, I won't tell you. There will be consequences. They will become more outcasts in the world than they have ever been. And depending on the scope of what they are doing, we will determine what the answer will be.
The fact that certain threats to the Russian leadership were expressed earlier, but not publicly, can be understood from the statement of US National Security Assistant Jake Sullivan:

We take this seriously, this is not the first time President Putin has made nuclear threats in this conflict. This will not deter us now from providing military assistance to Ukraine. We have been in direct private contact with the Russian side at very high levels about the catastrophic consequences for Russia if Russia uses nuclear weapons in Ukraine.
The key to this issue is that for some reason the White House is talking about the possibility of the Russian military using nuclear weapons specifically against Ukraine, but why?

If you look at the text of the Decree of the President of the Russian Federation "On the foundations of the state policy in the field of nuclear deterrence” dated June 2, 2020 No. 355, it describes in black and white cases when Russia considers it entitled to use its nuclear arsenal. This list includes the following conditions: external aggression that threatens the existence of the country; the impact of the enemy on objects, the failure of which will lead to the disruption of the response actions of nuclear forces; a nuclear strike on Russia or its allies or the receipt of reliable information about the launch of ballistic missiles that attack the territory of the Russian Federation. That's how it is. What can today's Ukraine do from this?

So far, Kyiv does not have its own nuclear arsenal to use against Russia. Bye.

Impact on the infrastructure of the "nuclear triad"? So far, the Armed Forces of Ukraine do not have the appropriate capabilities. For now.

External aggression threatening the existence of our country? This is perhaps the only thing that can be pulled to the ears today. This, of course, is about the consequences of the nationwide referendums that are taking place in the DPR, LPR, in the Kherson and southern Zaporozhye regions.

Tentatively on September 30, 2022, these four former Ukrainian regions will become part of the Russian Federation, but neither Kyiv nor its Western sponsors will recognize this. The Armed Forces of Ukraine and the National Guard will continue to conduct hostilities in these territories, which formally gives Moscow a free hand in the official declaration of war on Ukraine, which we will discuss in detail reasoned the day before. But will all this really threaten the existence of Russia, so that it would be possible to use the entire available arsenal, up to the nuclear one?

Probably not. Moreover, our top government officials have repeatedly stated directly that there are no grounds for the use of weapons of mass destruction in Ukraine. And the Kremlin can only be supported in this mood, since the former Nezalezhnaya is a historical part of our Great Motherland, and the Ukrainian people are a fraternal people who need help and get rid of the power of the neo-Nazi pro-Western regime. No nuclear strikes! The "second army in the world" should cope with the Armed Forces of Ukraine in conventional ways, after all.

Why, then, do our "Western partners" constantly talk about the use of weapons of mass destruction by Russia and various types of its "punishment" for this?

To be honest, there are two things that bother me the most.

The first is that the RF Ministry of Defense may indeed have a reason to use a nuclear arsenal. This will become possible if the “Western partners” themselves transfer nuclear weapons and their delivery vehicles to Kyiv under the pretext of the need to stop “Russian aggression” and restore the territorial integrity of Ukraine. The longer the conflict drags on, the more likely it will eventually be.

The second is that the "Western partners" are no longer afraid of the fact that weapons of mass destruction can be used against them. Thus, US Secretary of State Anthony Blinken is now thinking not about how to stock up on canned food and ammunition for his personal bunker, but has threatened us with consequences:

It is very important that Moscow hears us and knows <...> that the consequences will be terrible. And we've made that very clear.
Chancellor Olaf Scholz, head of the FRG, which until recently was considered almost the main ally of Russia in Europe, responded to Putin's "nuclear blackmail" as follows:

We adhere to a balanced, resolute course to support Ukraine and prevent escalation beyond the one that is happening between Russia and Ukraine. We will continue to do so.
The most impudent remarks were made by the former commander of the US Armed Forces in Europe, Lieutenant General Ben Hodges, who threatened to destroy the Russian Black Sea Fleet and our other military bases in Crimea in response to a nuclear strike by the Russian Armed Forces on Ukraine. Moreover, it follows from his words that the Americans are ready to do this even by conventional means.

In order to bring the "Western partners" back to their senses, it is now necessary to deal with their Ukrainian "protégés" as quickly and harshly as possible, and in such a way that others would be repulsed. The enemy must not be allowed to confuse inherently commendable peacefulness with weakness and indecisiveness. Otherwise, we will come by leaps and bounds to the "Caribbean crisis - 2", when the fingers will again lie on the "red button".
Reporterin Yandex News
Reporterin Yandex Zen
14 comments
Information
Dear reader, to leave comments on the publication, you must sign in.