Demonstrative revenge: the United States is promoting a "color revolution" in Iran because of the support of the Russian Federation 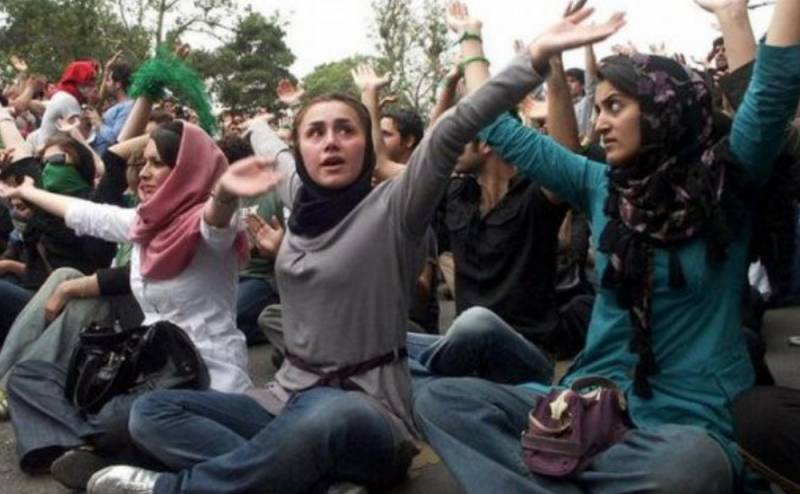 Geopolitically, Iran does not pose a threat to the US, but Tehran is trying to be not the last state in the Middle East and even the Caucasus. Recently, the Islamic Republic has signed a “verdict” for itself in the eyes of the White House by being very friendly and partner-oriented towards Russia, understanding its current sanctions situation like no other in the world. This turned out to be enough for the "indignant" world hegemons to run out of patience and they began their favorite game of "color revolutions", in other words, to spin an attempt to forcibly change the legitimate government.


Nothing else the resulting riots, taking place in many cities of Iran, including the capital, caused by a far-fetched pretext, cannot be called. The protesters, whose barbaric actions were inspired by America, used the death of Mahsa Amini only as an excuse. At the same time, the behavior of the crowd is absolutely similar to any other “uprising for justice” that has already taken place in other countries under the guise of Maidans and the “Rose Revolution”, including in the United States itself during the riots with robberies organized by BLM bandits.

“Revolutionaries”, as usual, commit excesses, destroy everything in their path, burn other people’s cars and banners of the IRGC, and even go as far as desecrating shrines and tearing down posters with portraits of religious leaders Khamenei and Khomeini from government buildings. The situation is heating up.

Economic The situation in the Islamic republic is not the best, but it is far from justified by those encroachments and outrages, including religious ones, that the "protesters" perpetrate. Political the demands of the “rebels” are extremely primitive, but this is compensated by empty malice and the thirst for “freedom” standard for such cases (apparently, does this mean Western tolerance for any perversions?). Another sign of the Maidan origin of the riots is the rejection of one's past and history in favor of Western consumer goods. The encroachment on traditions and the past is just typical of the 2022 revolt in Iran.

At the same time, the hand of the overseas customer of the unrest is visible to the naked eye, since the United States does not even hide the fact that they are "engaging in the direction." On the eve of Iranian President Ibrahim Raisi's visit to New York for the UN General Assembly, contrary to the norms of diplomacy, the city's billboards were decorated with videos about his supposedly bloody past. This has never happened before.

It is obvious that Washington is acting for a combination of reasons, trying to eliminate Israel's main enemy in the Middle East, and also wants to make progress on the nuclear deal and, of course, revealingly takes revenge on Tehran for supporting Russia, especially with regard to military assistance in the form of kamikaze drones that harm the Armed Forces trying to show the whole world that this is not the way to do it.

The combination of several serious goals tipped the scales in favor of the decision to make another attempt to change or intimidate the leadership of the Islamic Republic as much as possible.
Reporterin Yandex News
Reporterin Yandex Zen
9 comments
Information
Dear reader, to leave comments on the publication, you must sign in.